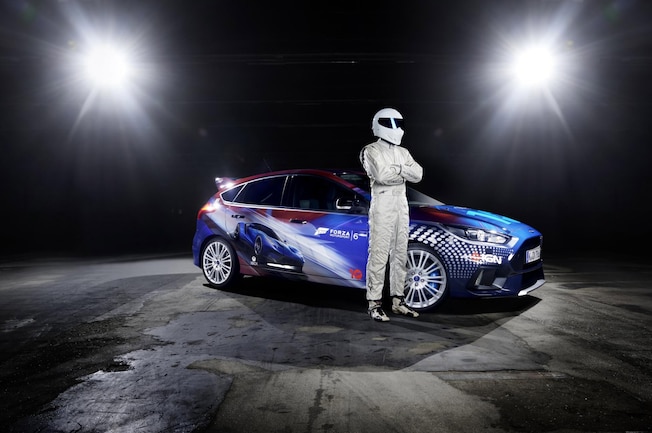 The much-anticipated arrival of the German made Ford Focus RS in the United States this spring is heating things up to a boil, and advance video releases of the car in action are not helping to cool things down.

The identity of the BBC’s Top Gear former anonymous test driver Stig has been revealed, so now all the world knows his name is Ben Collins and Ben likes to put high-performance Fords through their paces

Here’s video of Stig drifting and driving as he explains the drive mode functions of the all-new 350-horsepower hot hatch Focus RS that just rolled off the line in Saarlouis, Germany.

As Stig points out, the mode selector has four different settings that vary active systems such as the AWD (all-wheel-drive) system, shock controls, electronic stability control, steering and response as well as varying the exhaust note from mild to wild.

It’s in the industry first drift mode where the Focus RS roars anti-social exhaust sounds as it smokes itself through a fog of burning rubber that looks like the most fun. Once all four tires have been fried down to the nubs one can baby the bald carcasses in economy mode while they save up for a new set of tires.

The Ford Focus RS is one of 12 performance vehicles Ford will bring to its customers globally through 2020. Developed by a team of Ford Performance engineers in Europe and the U.S., Focus RS is powered by a specially engineered version of Ford’s new 2.3-liter EcoBoost engine. Its 4.7-second 0-62-mph sprint makes the high-performance hatchback the fastest accelerating Ford RS model ever.