Protect Yourself With a Swann Vehicle Recorder

Don’t leave home without it 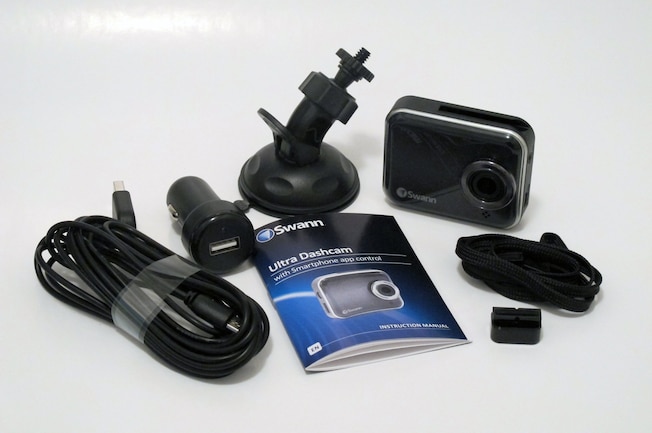 Driving your vintage Mustang on today’s roads doesn’t have to give you an anxiety attack. Driving smart and paying attention will often make your drive carefree and without drama. However, you can’t control the other cars on the road, so it’s best to be protected and the best way to do that is by recording what’s going on around you. We’ve all seen the dash cam recording videos on social media and YouTube. Thankfully electronics have become so cost effective that you can now own your own dash cam to be able to protect your Mustang and have video evidence to show law enforcement. Don’t let an accident become a “he said, she said” situation. Have the video proof to show you were not in the wrong!

Swann Communications, known for its do-it-yourself security monitoring solutions, introduced the ultra-compact DriveEye Ultra earlier in 2015. The DriveEye Ultra is a portable 1080p HD vehicle recorder that shoots crystal clear video. This is ideal for capturing evidence in emergency situations, and it can even be taken outside of the car as an on-the-go action camera with its internal battery source. “Swann designed the DriveEye Ultra to keep drivers safe by preserving evidence of incidents on the road, allowing them to prove who is at fault,” says Jeremy Stewart, Vice President of Marketing. “The car-cam is not only the perfect safeguard against dishonest and reckless drivers, but the ideal accessory for those wanting to capture adventures outside of the car with the Action Cam mode.”

The DriveEye Ultra records high-resolution 1920x1080 video using H.264 video compression technology, which enables longer capture time and auto looping recording. The overwriting of earlier video guarantees a constant feed that will not run out of recording room no matter what size micro SD card is used. Coupled with other innovative features such as a 2-inch color LCD screen, 120-degree wide angle lens at 1080p (140 degree at 720p), built-in HDMI output for easy viewing on any display, the Swann DriveEye Ultra is a great solution. In addition, the DriveEye Ultra has G-Sensory Technology that detects collisions and automatically locks the footage to prevent over-writing of the critical video clip. An emergency recording button can also be used to save 30 seconds of video before and after the button is pushed. The DriveEye Ultra is the ideal unit for any car. Use it in your daily driver, then quickly and easily transfer it to your classic Mustang for that drive to a car show or cruise in and always be protected. The camera automatically records when the engine is turned on and when motion is detected so you’ll never miss an incident.

You can download the free DriveEye Ultra app to control advanced features and view the camera on your iOS or Android device. Connect the camera to your home Wi-Fi network and use the cloud setting to view live footage remotely, anywhere in the world, making it a perfect “nanny cam” as well. The DriveEye Ultra is available at Micro Center, B&H Photo, Best Buy, Fry’s, Amazon, and other retailers for $179.99.

- Full HD 1080p video capabilities/3 megapixel camera
- DriveEye Ultra app to control advanced features and view the camera on your iOS or Android device
- 120-degree wide angle lens at 1080p and 140-degree at 720p
- G-sensor (gravity sensor) can detect a collision
- Use as a regular camera or action camcorder
- Automatically saves the recording during an accident and prevents the footage from being erased or overwritten
- Up to a 64 gigabyte micro SD card records up to 2,000 minutes at 1080p/30fps HD video
- Rechargeable Lithium-ion battery for video recording when not connected to a power source
- HDMI video out makes directly connecting to the HDTV easy
- Built-in microphone records conversations and sounds
- Lock File function prevents video file from being overwritten
- Automatic calibration ensures a crisp and sharp video
- Automatic video stabilization eliminates jittery videos

The DriveEye Ultra does not include a micro SD card, so you’ll have to provide one. We had an extra 4GB card lying around for testing, but the unit can accommodate up to a 64GB card for plenty of recording time. Even with the smallest card though you can setup the unit for loop recording and you’ll never run out of space.
The internal battery is good for roughly 90 minutes of recording, so if you want to record your 30 minute ride to and from a show, you can skip the charge cord, but you’ll have to manually press the record button. For longer trips, and for automatic recording with the ignition, you’ll need to use the charge cord and USB adapter in a functioning power port/cigar lighter port in your vehicle.
Mounting is simple with the suction cup mount included. Simply install the suction cup mount to the windshield and then level the camera with a slight downward tilt to reduce sun glare. We recommend the center of the windshield behind the rearview mirror to keep it out of your line of sight.
A close up of the screen during recording. The little steering wheel means we’re in drive mode (versus action cam) for the G-sensor and other functions. Beneath the middle manual record start/stop button is the emergency recording button that locks 60 seconds of video (30 before and 30 after the button is pushed).
The DriveEye Ultra smartphone app allows you to rename the camera (you can control up to four if you want a second rear facing unit for example), set the resolution, date and time, and other settings that can’t be adjusted on the camera itself.