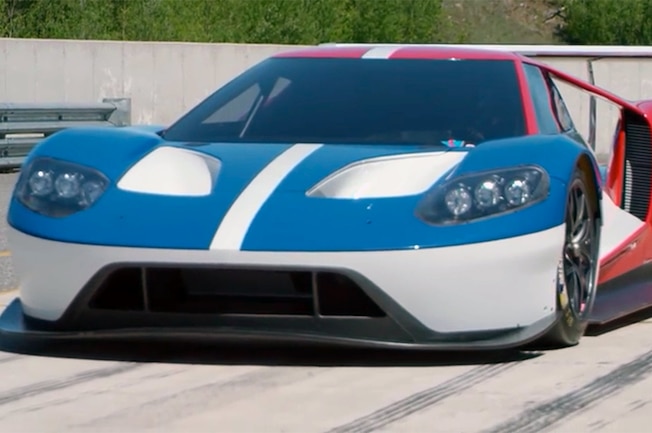 It wasn’t an overnight decision and at the core of the process was ensuring the V6 EcoBoost engine was up to snuff. The 3.5-liter EcoBoost V6 engine debuted in the TUDOR United Sports Car Championship in 2014. Since then, Ford, with Chip Ganassi Racing with Felix Sabates, has captured significant overall wins at the 12 Hours of Sebring and Rolex 24 At Daytona. Besides great success in sports cars, Ganassi race teams achieved major victories in the Daytona 500, Brickyard 400 and Indianapolis 500.

Joining Ford in this project are Multimatic Motorsports, Roush Yates Engines, Castrol, Michelin, Forza Motorsport, Sparco, Brembo and CGRFS. The racecar has undergone extensive design and testing within Ford and Multimatic, with CGRFS providing input into the development. Roush Yates is supporting development of the 3.5-liter EcoBoost V6 – the most powerful EcoBoost production engine ever.

Chip Ganassi stated, “We’ve won races and championships, but we’ve never run Le Mans. When presented the opportunity to compete with the all-new Ford GT on the world’s biggest sports car stage, and on the 50th anniversary of one of the most storied victories in racing history, how could any race team not want to be part of that? Will it be a challenge? Absolutely, but we couldn’t be with a better partner than Ford.”