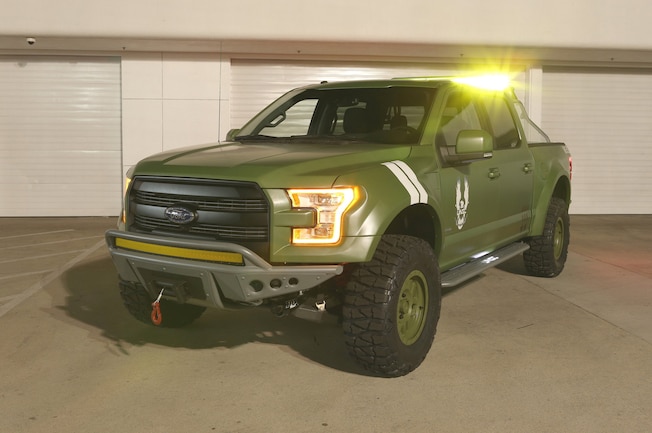 Ford will have a huge presence at the E3 Convention (Electronic Entertainment Expo) this week as it unveils two Ford Performance vehicles in front of the gaming world in Los Angeles and we’re giving you a firsthand look at how Ford is jumping into the gaming world.

The all-new Ford GT has already made its dramatic entrance at E3 after descending from the rafters at the Galen Center in Los Angeles for the world gameplay premiere as the cover car for the next iteration of the leading race simulation franchise for Xbox — Forza Motorsport 6 — launching exclusively for Xbox One.

The Ford GT, which is set to hit select markets globally late next year, serves as a technology showcase for the company to demonstrate the highly-efficient EcoBoost engine as well as advanced aerodynamics and lightweight carbon fiber construction.

Forza Motorsport 6 will allow millions of gamers around the world to get behind the virtual wheel of the recently unveiled Ford GT race car that will take on the GTE-Endurance Pro class at Le Mans next year, on September 15, 2015 - well before the pro drivers get behind the wheel for the actual race. As if the all-new Ford GT wasn’t enough for the gaming world, the Forza Motorsport 6 lineup also includes the all-new Ford Shelby GT350 Mustang and F-150 Raptor. 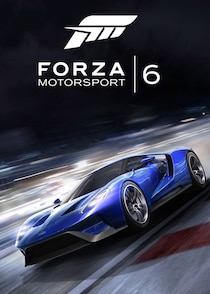 Of course, the Ford GT wasn’t the only Ford Performance vehicle making headlines at E3. Halo fans will no doubt be blown away by the 2015 Ford F-150 Halo Sandcat edition truck that was built by Ford, Xbox, 343 Industries and Galpin Auto Sports to celebrate the release of Halo 5: Guardians for Xbox One.

The 2015 Ford F-150 Halo Sandcat edition truck looks like it’s ready to do battle with any type of terrain in its path. The one-of-a-kind vehicle was inspired by Halo’s United Nations Space Command vehicle design. The truck is based on the all-new aluminum bodied Ford F-150 and was special enough that it was officially designated M552 codename by the United Nations Space Command — closely matching the F-150’s official Ford codename, P552.

The F-150 Halo Sandcat started out as 2015 Ford F-150 Lariat SuperCrew 4x4 with the 3.5L EcoBoost V6 engine and the FX4 off-road package. Galpin Auto Sports performed lots of modification on the truck to give it a United Nations Space Command militaristic style that Halo fans will no doubt recognize.

An Addictive Desert Designs Baja XTR off-road conversion kit is used to increase off-road capability and features a custom set of FOX Racing shocks, Deaver leaf springs and a full-floating Currie 9-Inch rear axle. A set of ADD fenders, side steps, a chase rack and 17-inch wheels with off-road tires give the Halo Sandcat F-150 everything it needs to confidently venture out into the harsh desert environment while a full custom Halo body wrap allows it to blend in to any doomsday scenario while offering plenty of attitude to go along with it.

As you can probably imagine, the interior just wouldn’t be quite done without an Xbox One custom gaming system and display monitors mounted in the back of the headrests. You’ll also find the Xbox controllers on a custom center console that matches the all-business military style of the Halo Sandcat’s exterior.

The Ford F-150 Halo Sandcat will be on display in the South Hall entrance of the Los Angeles Convention Center during this week for the E3 convention. It will also be shown at several public events leading up to the launch of Halo 5: Guardians on October 27, 2015.

Add one of Ford’s most unbelievable vehicles ever built in 1:18 scale to your collection. Based off of the ‘66 Heritage Edition option, the Ford GT model will be available in May 2017.

A detailed look at the 2017 Ford GT’s lap times and top speed.