No S550 Burnouts in the Land Down Under 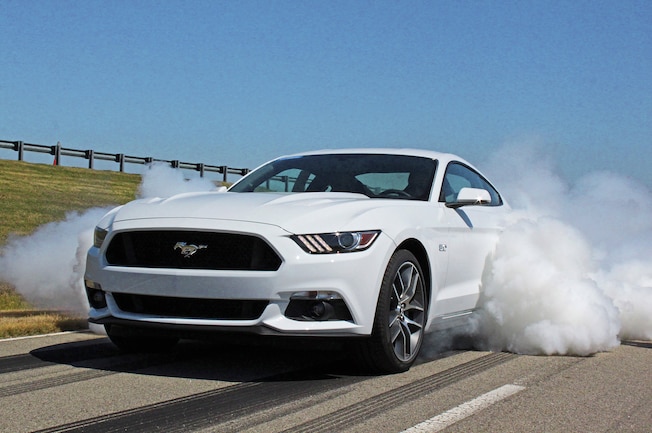 Agustin Jimenez Technical Editor
May 15, 2015
Photos By: Courtesy of Ford

The Ford Mustang has long been a symbol of fun, freedom and horsepower and yes, that last one is a really big part of why we all love the iconic pony car so much. For 2015, Ford definitely stepped up its game by introducing an all-new Mustang that was meant for the world. For the first time ever, the entire Mustang line would only be available with independent rear suspension (IRS) much to the shock of diehard Mustang fans. While many seemed to think this was a sign of the Mustang going soft, they were sorely mistaken—the S550 Mustang has performance written all over it!

Not only does the 2015 Ford Mustang GT make an impressive 435hp and 400 lb-ft of torque, it also features the first ever OEM Line-Lock that allows it to perform proper burnouts. The Line-Lock feature is meant for the hardcore Mustang fans that like to hit the dragstrip during weekends, where warming up the tires is ideal to help the car launch consistent down the quarter-mile. The system works by locking up the front brakes after activating the system, which allows you to romp on the throttle to spin the rear tires without having to finesse the brake pedal.

According to Craig von Essen, Ford Global Product Communications Manager, “The Australian Mustang will not be offered with the Line-Lock feature so as to comply with Australia’s anti-hooning laws.”

So what exactly is Hooning? Well, according to the Queensland Government, it is the common word used for any anti-social behavior conducted in a motor vehicle whether in a car, van or motorcycle. These “anti-social” behaviors range from things such as speeding, street racing, performing burnouts and playing loud music from a car stereo. Seriously, loud music from a car stereo is considered Hooning?

The Queensland Government also says that Hooning includes any number of traffic offences, such as dangerous driving, careless driving, driving without reasonable consideration for other people, driving in a way that makes unnecessary noise or smoke, and racing or conducting speed trials on a public road.

In case you’re wondering what the consequences of Hooning are, the penalties can vary for different Hooning offences. For example, driving in a way that makes unnecessary noise or smoke carries a maximum fine of 20 penalty units ($2,277) while the most serious offences, such as careless driving—also known as driving without due care and attention—or street racing, carry a maximum fine of 40 penalty units ($4,554) or 6 months in jail. If that doesn’t sound strict enough, police officers have the power to impound, immobilize and confiscate the vehicle you were driving when you commit an offence that is classified as Hooning.

All we can say is that we’re glad we live in a country that doesn’t force us to drive a car that can’t do one of the most basic red-blooded American actions, a big smoky burnout!