Smoking Deals on Seasoned Mustangs: 6 You Can Buy for $3K or Less! 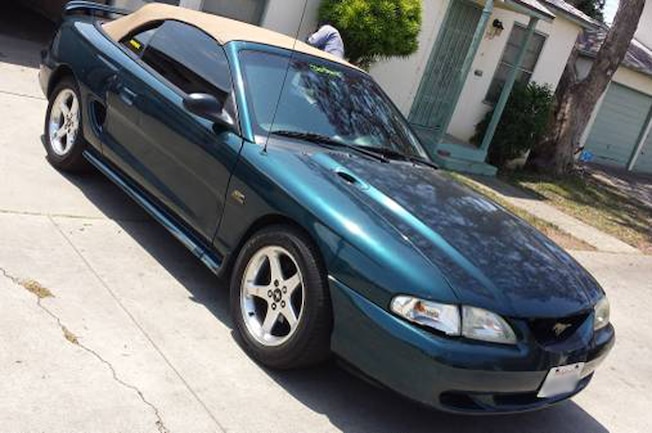 The price of Mustangs has fluctuated over the last couple of years so much so that the beloved Fox Body Mustang has climbed in average price to surpass not just the SN95 but also the New Edge Mustangs. So what’s a budget minded gear head supposed to do when you’ve saved up your part time job earnings and have a nice income tax return burning a hole in your wallet?

We’re always on the prowl for potential project cars so we decided to see if it was still possible to find a good deal on late model Mustangs that can make for a great thrill ride on the cheap. You might be asking yourself, “What exactly is a cheap thrill ride?” Well, it’s exactly what it sounds like – a car we could flog at the track, cruise around town and maybe even get it a little sideways on some nice curvy roads while not spending more than $3,000 to get behind the wheel of said thrill ride. Think of this as your bang for the buck method to Craigslist shopping in the late model Mustang world.

It’s worth mentioning that as the dollar amount drops, so does the quality of the car so we won’t be showing you that run down $1,500 Fox body with five different shades of paint, mismatched wheels and tires that coincidentally also found the limits of tailgating on more than one occasion.

Check out what kinds of Mustangs you can find on craigslist for $3,000 or less!

You really can’t go wrong with a nice SN95 like this one. The convertible top is actually in fairly great shape and the paint has been well maintained. If we ended up forking over our hard earned money for this summer cruiser, we would throw a set of 4.10 gears in it as well as a cold air intake and a set of headers to help the 2-valve 4.6L breathe a little better. Top it off with a high-flow exhaust system, throw a set of lowering springs on the car and call it a day. It would be a burnout machine that would give more smiles per gallon than anything.

Okay, so maybe $3,000 is a little too much for this fairly worn Fox body, but come on! It’s a real 1986 Ford Mustang SVO that could easily look exponentially better in a glossy black shade. These 2.3L turbocharged four-cylinder engines have a lot of potential.

Who would have thought you could actually find a decent looking New Edge Mustang with a 2-valve 4.6L V-8 for a reasonable price? Sure this Mustang stands out like a sore thumb that got nailed by the world’s biggest highlighter but it’s not bad looking by any means. We really dig the Terminator Cobra front bumper cover as well as the wheels that have been upgraded on this pony. Because this car is equipped with a manual transmission, we would likely use it to carve through the canyons so naturally we would add some brake and suspension upgrades to help it hug the road and grip through the corners.

This SN95 is pretty special because it was the last generation of Mustang that you could still get a pushrod 5.0L V-8 in. This one would call for a set of aluminum cylinder heads with smaller combustion chambers to help bump the compression, an aggressive cam, a set of shorty headers and a high-flow intake to help make this horse snort some fire.

This four eyed Fox might not seem like a great deal when you consider it has a salvaged title but it really is in great shape. At some point in this Mustang’s life, the passenger side door tried to hop towards the driver’s seat after a little encouragement from some outside help. Luckily the door has long since been replaced and the damage appears to have been fixed. We would build something like this as a fun daily driver that we could cruise long distances in even on the hottest of days. Suffice it to say the vast majority of upgrades would be to the suspension, brakes and gearing and engine cooling. We would keep the engine fairly mild with just a few simple bolt-on’s that wouldn’t break the bank. Beyond that we would give the interior a thorough cleaning to make it look as good as the day it rolled out of the factory.

Don’t get too used to finding smoking deals like this 1991 Ford Mustang GT with the legendary 5.0L HO because this thing is a unicorn. While you can still find them for smoking prices like these, patience is your best friend in order to find one that isn’t too far gone. This one’s an easy build – a set of 90/10 shocks, subframe connectors, and a set of drag radials to make it a street/strip machine. We would ditch the front sway bar and add an aggressive cam as well as a whole lot of nitrous. We would back it all up with a set of steep gears because, well… why not? It’s got an AOD so it’s not like we’d be revving it to the moon if we kept the speeds low on the highway.