Did Ford make the right move stepping away from boost? 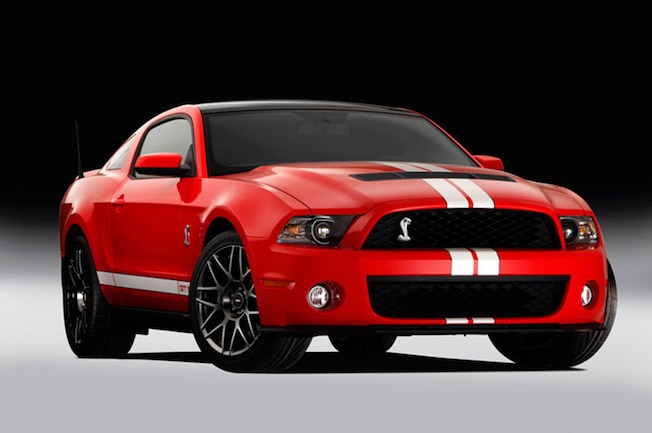 From the moment Ford conceived the idea of a 2015 Shelby GT350, the plan was to capture the essence of the original, the 1965 Shelby GT350. Built for tackling SCCA B-Production rules, the R-model of the Shelby was modified for racing and scored the champion three years in a row. Road going GT350 Mustangs featured a hot 289ci engine, and all were Wimbledon White.

Starting with a clean slate and the new 2015 chassis platform, engineers sculpted a radical design, including an R model. With a modernized unibody and IRS, Ford’s Global Performance team was ready to attack. But what shocked most enthusiasts was the lack of a blower. Considering the success of supercharged and intercooled Ford powerplants over the last decade, including the newer turbocharged line of EcoBoost engines, we fully expected the trend to continue.

But Ford chose a different path for the GT350. It’s really a bold move to chart a new course when the old one worked so well. The 2007-2014 Shelby GT500 has cemented itself in the history books. In fact, the last GT500 packed such a strong punch it can run solid 11s at close to 130 mph and it’s a smashing success with all Mustang lovers. So why didn’t Ford simply add a blower to the 435 horsepower Coyote? Well, that would’ve been too easy.

Modern Shelby Mustangs have offered the exclusivity of having a different engine, enhanced suspension, upgraded brakes—and a slathering of unique touches, like embroidered seats, Shelby wheels, and Lemans stripes. But, because Ford wanted the Shelby GT350 to outperform anything in class on a road course, it needed to slash weight. That essentially canned any thought of a blower, which requires the heavy supercharger compressor unit, along with the intercooler, heat exchanger, pump, tank and cooling fluid. According to a Ford engineer we spoke with, a blower would have added close to 150 pounds to the nose weight—the very thing the group was trying to avoid.

Instead, they selected the 5.2L Voodoo engine, a derivative of the Coyote, albeit with revised cylinder heads, intake and a flat-plane crankshaft. Ford says it will produce well over 500 horsepower and rumor has it that the engine has a glorious note from idle to the 8,000-plus rpm redline!

But still, we’re left wondering if enthusiasts will crave the Earth-rotating torque of the 5.8L beast that powers the 2013-2014 GT500. Few passenger car V8 engines can match its output of 662 horsepower and 613 lb-ft of torque. And few engine can match the ease with which it can be taken to the next level. Improve the breathing and add boost, and you’ll get 700-900 ground-pounding ponies. Modifications are something Mustang owners have become accustomed to and we’re not so sure the 5.2 engine will offer the same growth. It’s got very high compression, so adding a blower will be tricky and the heads are already ported. Not that getting over 500 hp from a 5.2L isn’t impressive, however Mustang owners always want more.

So the question remains, are you, the enthusiast, content with the Shelby GT350? Or does Ford need to step up with a boosted GT500 that can swat all contenders under the rug?