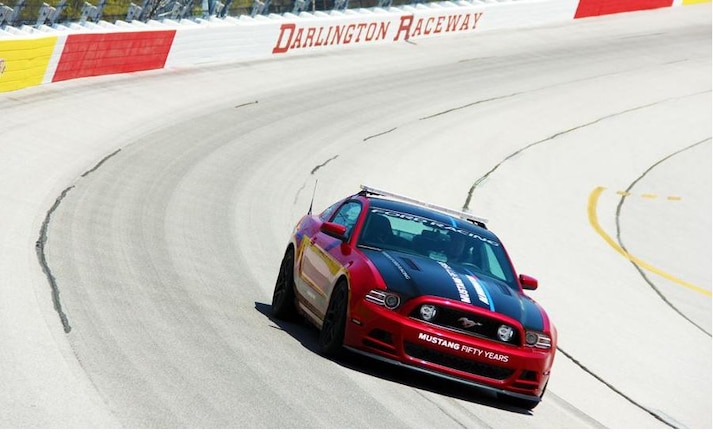 Ford Racing's 2014 Mustang GT, Project Aluminator, will pace the Bojangles' Southern 500 at Darlington Raceway this Saturday, April 12. The event at this weekend's NASCAR Sprint Cup race will kick off an a year-long recognition of the Mustang's 50th Anniversary.

U.S. Senator Tim Scott (R-S.C.) will be the honorary pace car driver for the event and will start the race behind the wheel of the Ford Racing Aluminator. NASCAR veteran Brett Bodine will take over for the remainder of the race.

"We can think of no other way to begin Mustang's 50th Anniversary celebration than by having one of our most technologically advanced Mustangs pace one of NASCAR's most historically significant traditional races," said Tim Duerr, Ford Racing marketing manager.