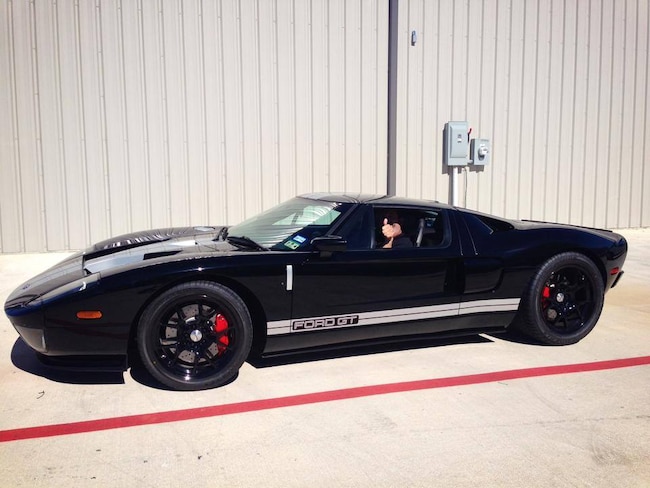 A stock Ford GT just isn’t powerful enough for Kelly Bise, a man who is already a member of the 200+mph club at the Texas Mile. Bise decided to enlist the help of Knight Performance Racing – also known as KP Racing – out of North Houston, Texas to help his car produce about 1,000 horsepower so he can compete with twin turbo’d and supercharged competition. They do say everything is bigger in Texas, right?

When KP Racing got its hands on it, the Ford GT came out with a brand-new 4.0L supercharger mated to the already powerful engine complete with Borla long-tube headers. This combination was given a custom tune by KP Racing’s own Joe Huneycutt and was soon put on the in-house Mustang dyno where it generated 816-rwhp and 738 lb-ft or torque. According to KP Racing’s Facebook page, that’s 1,020hp to the crank! Not too shabby.

Whenever Bise is ready to sell his Ford GT, it can easily be returned to factory specifications. Why would you want it back to stock? The value of the Ford GT is ever-increasing and potential buyers usually seek out unmodified vehicles believe it or not.

KP Racing specializes in high performance builds of Ford, LSX, GM, Dodge, and diesel. KP Racing is the premier shop for Ford performance work from your basic bolt-on setup to custom fabricated turbo work. KP also has a 6,000 square-foot facility with state of the art equipment including the in-house 2500hp Mustang chassis dynamometer for both ¼-mile and high speed testing up to an impressive 250mph.

Photo courtesy of KP Racing out of North Houston, Texas.