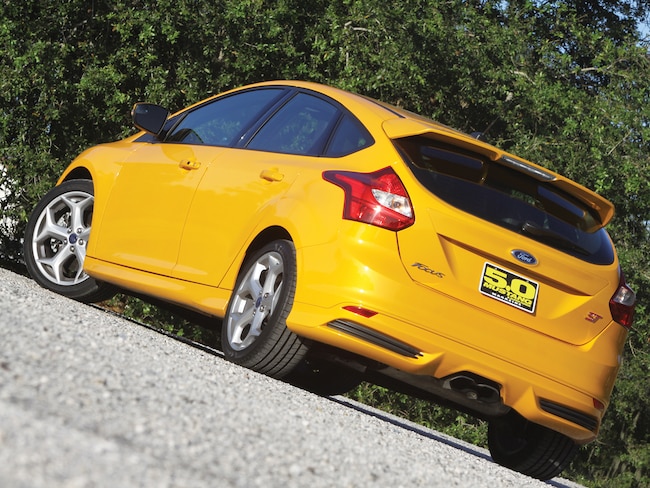 If you tuned into to last month's column, you know I had a bad run in April. It showered me with some automotive misfortune. The good news is I escaped unscathed (knock on wood), but the bad news is I am in need of a new daily driver.

This concept spawned quite the internal struggle. My dear departed '04 SVT Focus served as a loyal, fuel-efficient companion for nine years of commuting after I decided that I loved my Mustangs too much to subject them to daily driving. I needed something that was still fun, but could keep the commuting costs lower. The SVT fit the bill nicely, and also provided a nice contrast to the 700-rwhp brute that is PVT.

Certainly a move into another Focus would be a natural transition for a daily. Still, the latest Mustangs are a massive temptation. I've yet to own a Coyote-powered 'Stang, and the last cars of this era are really great. Sure, a V-6 Mustang is a daily option, but once you choose to go Mustang, it would be tough to forgo a V-8.

I even considered picking up a used 'Stang as a daily, but I know how dangerous that would be. There's no way it wouldn't become another project car. The urge for modifying these cars, as you know, is strong. So that brought me back around to my experience driving a '13 Focus ST from Michigan to Florida. I had a blast in that car.

With four doors and a hatch, it's flexible enough to haul the family and gear, but it's also fun to drive. The car we had put down over 245 horses to the front wheels. It also has sharp handling and those seductive optional Recaro seats. As non-Mustang commuter Fords go, the Focus ST is as cool as it gets.

A car that's fun to drive is critical, but one that I consider cool is another. Certainly I need at least one car that I can just drive without worry. As my dad so succinctly put it, “You'll have to park this one outside.” Yeah, the Mustangs fill the garage ...

That said, I just can't imagine slogging out the daily grind in a faceless, stock drone-mobile. Sure, the Focus ST has its own personality, but even so, I couldn't possibly leave it stock. I'd need to show restraint to keep it reliable, driveable, and in warranty, but I couldn't even think of leaving it as-is. That's incomprehensible. I don't see how people do it, but I have a little modding problem—as I imagine most of you do.

Once I decided to get one, I quickly learned that the Focus ST community is robust. Perusing the various forums, I was stunned to see how modified some of the cars are after less than a year on the market. Moreover, the aftermarket support is strong and growing.

While at Steeda, I asked about its ST program and was equally impressed to hear that the company's ST shifter is one of its hottest sellers. The staff equated the hot little hatch to the Mustang market in the Fox era. It's an affordable ride that the younger generation can get into, and they really like to mod them.

I can certainly see why. After looking around, I quickly came up with a mod list. So you might be seeing a little coverage on the latest little Super Ford in these pages and on our site. Don't worry—Mustangs are the main squeeze, but this little car is making a name for itself in the world of Ford performance.

We've given you updates on Steve Turner's 2013 Focus ST as changes have been made on his daily driver. If you've been keeping up with Project Silver Lining, check out the performance calibration boosts performance.