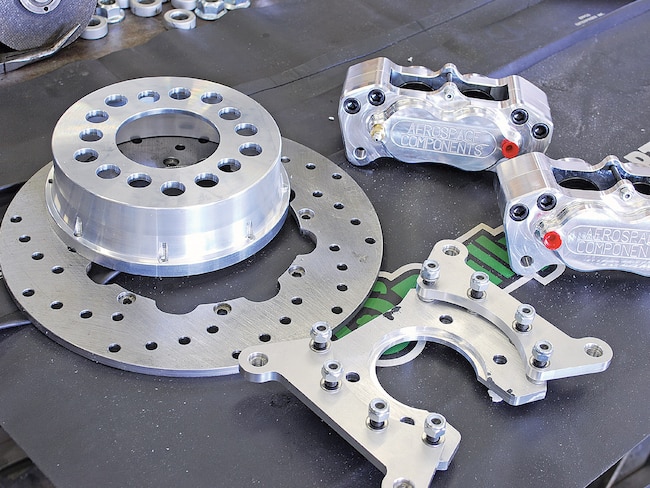 The world of heads-up "street" car racing is quickly advancing into one of the most popular forms of drag racing, mainly because of the outrageous cars in competition. With thousands of horsepower being applied to small tires, it's a nail-biting experience every time one of these Outlaws stages up. Undoubtedly, the Fox-body Mustang is a great platform to build one of these ultra-quick machines, but there's plenty of room for improvement to go from near stock to quarter-mile or eighth-mile rocket.

In any quick car, it's just as important to stop safely as it is to accelerate. For the turbo guys (or anyone with big boost, for that matter), good braking is just as important on the starting line as it is on the big end. Optimum spool-up is the key for turbocharged cars, and stock brakes just won't hold on the line. That's why racers have started using dual-caliper rear brakes on turbo cars, even though it was originally created for dragsters (which only utilize rear brakes).

Aerospace Components produces a dual-caliper rear brake kit for street-car applications, making it easy to hold the turbocharged cars on the line as the driver brings the rpm up to the torque converter's point of engagement. The Aerospace kit comes with aluminum hats, lightweight rotors, and four billet-aluminum calipers-all of which combined weighs less than the popular Explorer rear disc-brake swap, and it offers much better braking power, too. Aerospace produces bolt-on kits for all sorts of rearend housings, even if you have four-lug axles. All of the necessary mounting brackets are included, and you get a set of Hawk racing pads, which work great.

The subject at hand is a typical '87-'93 Mustang coupe, being built by Smoky Mountain Chassis. It's being converted from an average street/strip car to an all-out SFI 25.5 drag radial monster, and better braking is part of the process. The engine combination is a small-block Ford with an 88mm turbo, so it's sure to run well, and the Aerospace brakes will certainly help.

In this case, the owner opted to keep the 8.8 rearend but had it narrowed by Smoky Mountain Chassis in preparation for a pair of big 325 radials. With the axles in place, the installation began, and it was a matter of just two hours until this Pony had a much improved braking system for the rearend.

It was time and money well spent, as this Mustang is ready for the track with the benefit of less rotating mass out back, and no chance of the car lurching forward on the line. 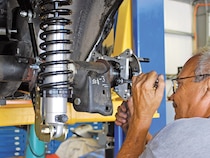 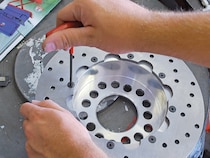 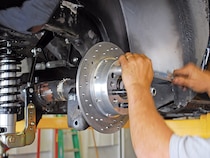 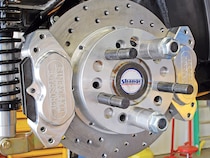 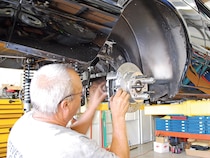 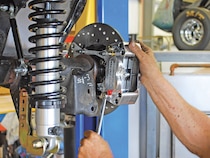 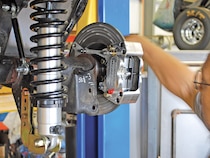 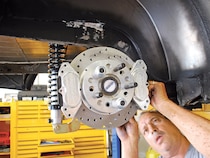 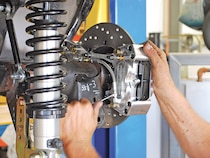 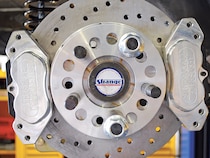