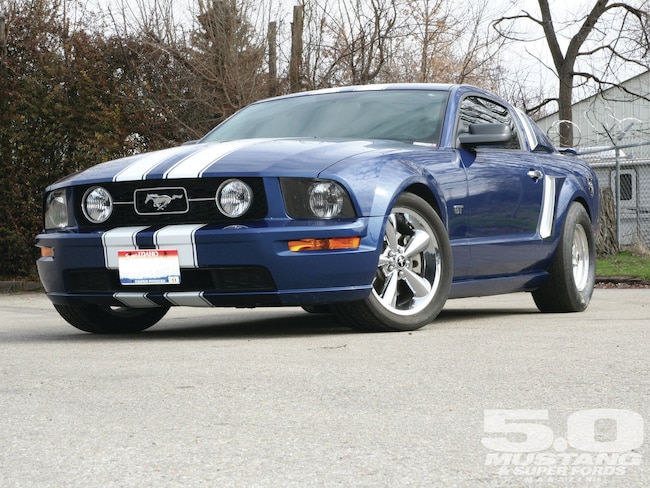 In the last 20 years, wheel and tire choices have evolved tremendously for our Mustangs. We can remember trying to decide whether to stick with 14-inch wheels, or spend the extra $60 and live a little by ordering up 15-inch rims! Boy, have times changed. Even the most inexpensive econoboxes come standard with 16- and 17-inch wheels. What's more, brakes on most cars have grown proportionately, and in a lot of cases, won't even accept a measly 15-inch wheel. But, really, what Mustang driver would even look twice at a puny, little 15-inch wheel anyway?

Well, would you believe, one of the best-selling wheels of all time is a 15- incher. Yep, the 15-inch Weld Draglite is the most popular drag racing wheel out there, and for good reason. A 15x8-inch Draglite weighs in at less than 14 pounds, whereas a stock 17x8-inch aluminum wheel can weigh as much as 50 pounds! Saving that much unsprung weight is huge when it comes to getting your 'Stang down the quarter-mile.

Another advantage of using a 15-inch race wheel is that it enables you to run a taller tire. That means more sidewall and a better grip on the strip. A softer sidewall doesn't shock the tire as hard, and lets the contact patch actually grab the pavement rather than spin. Don't get me wrong--the drag radials do a great job of hooking most street cars, but in bracket racing, consistency is key, and the DOT wrinkle-wall drag tire is a hard act to follow.

The only problem is that the '05-and-newer Mustang has such large rear brakes, a 15-inch wheel won't clear the caliper, so it wasn't an option. Until now…

JMS Chip and Performance in Lucedale, Mississippi, has the solution--the JMS S197 Dominator Rear Brake Kit ($219). It's a kit that allows the mounting of 15-inch drag wheels without degrading your braking performance. The kit comes complete with slightly smaller slotted and cross-drilled rotors, redesigned caliper brackets, ABS sensor brackets, and all the necessary hardware. Performance Solutions in Boise, Idaho, performed this brake swap on a customer's '06 GT, and within a couple of hours, it was ready for the strip.

Horse Sense: JMS Chip & Performance obviously knows a thing or two about tuning, but the company also sells and installs hard parts as well. In fact they offer a number of performance packages that include mechanical and tuning upgrades for a variety of 'Stangs ranging from V-6s all the way up to Shelby GT500s. 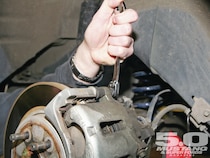 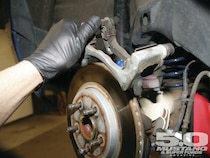 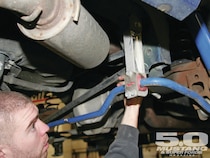 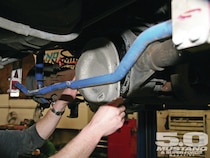 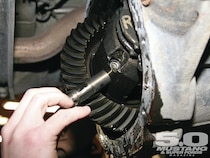 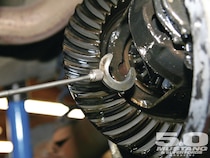 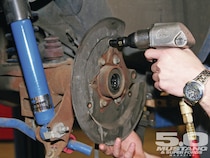 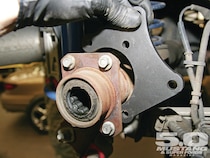 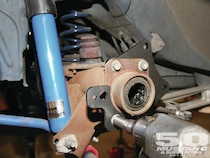 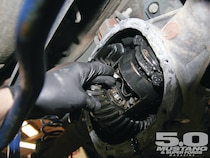 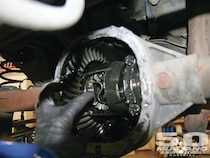 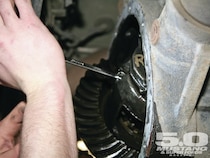 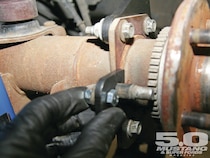 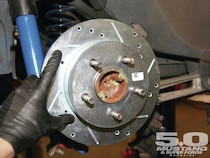 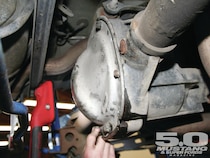 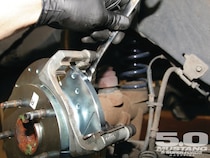 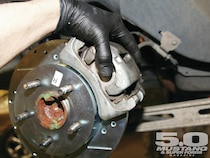 Bolt up the Panhard bar, and fill the differential with fresh gear oil and friction modifier, and you're all done. The 15-inch wheels fit with a quarter-inch to spare between the caliper and wheel. They fit well and look awesome. This thing is ready to cut some serious 60-foot times!