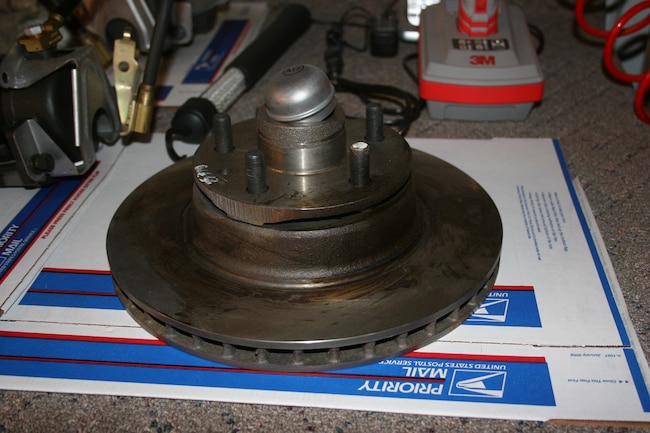 I'm trying to confirm the correct finish for the 1970 Boss 302 clutch linkage Z-bar. I’ve been told bare steel and silver Zinc. I would like to get it correct for my Boss 302 restoration. Thanks!

The 1970 Boss 302 clutch “Z-bar” is typically clear Zinc or Cadmium with a purple-paint ID daub on it.

We have a 1973 Mustang convertible we show in the unrestored class with the Mustang Club of America (MCA). We need to know what the assembly line battery looked like. We know it was a Motorcraft, but have no reference as to what it should look like? Currently we have a reproduction Autolite.

I have an opportunity to buy a pair of D0OZ-1130-A disc brake rotors: N.O.S. in Ford boxes. Is this the correct brake rotor for a 1971 Boss 351? These rotors are mint in their boxes! They are pricey though, so I want to be certain they are correct for my Mustang.

The D0OZ-1130-A disc brake rotor is correct for all 1970-1973 Mustangs with disc brakes. Make sure they are the original production-style two-piece version, as Ford made some one-piece service parts units in the late 1990s.