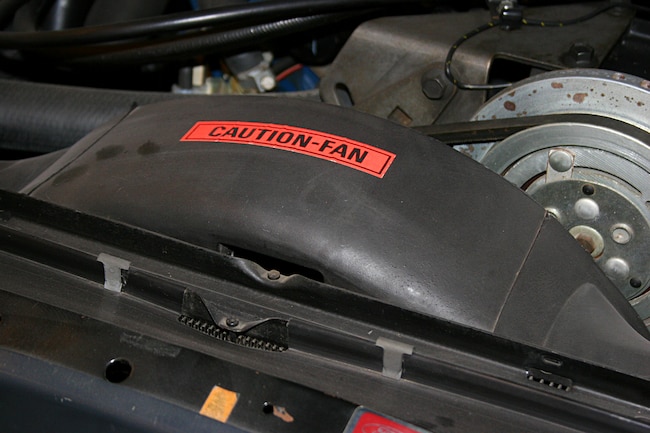 Did the 1973 Mustang use a “Caution Fan” sticker on the fan shroud? I know the 1971 Boss 351 did not use this sticker. I've heard judges deduct one point if the sticker is used on certain years?

Were the upper control arms on a 1970 Mustang dipped in black paint, similar to the lower arms, or were they all natural? I’ve seen both bare and all natural.

Typically, all 1970 upper control arms were bare steel. The cross shaft was heat treated and cooled in oil, giving it a black look.

I am restoring two 351C shaker assemblies, and I will be having a local auto body shop spray the base, snorkel, and the top of the lid. What is the paint code for the proper Ford blue?

Jeffrey Schmehl
Via the internet

I like the PPG Dar 13358 acrylic enamel. The PPG Concept and Omni brands are also excellent but may need a bit more flattening agent.

I have noticed on many Boss 429s green paint on the smog valves on the exhaust manifolds. Was this common on all Boss 429s? Also, what is the correct finish and number on the clamp that secures the backfire valve to the bracket?

The 1970 Boss 429s had the green paint on the smog valves. The green paint was sprayed with a cardboard mask on the nipple. I have seen the green also on 1969 restored cars. However, that is not concours correct. The Wittek clamp on the backfire valve is a number 30. The correct finish is galvanized zinc. Note the spangle look on the number 30 clamp, as well.