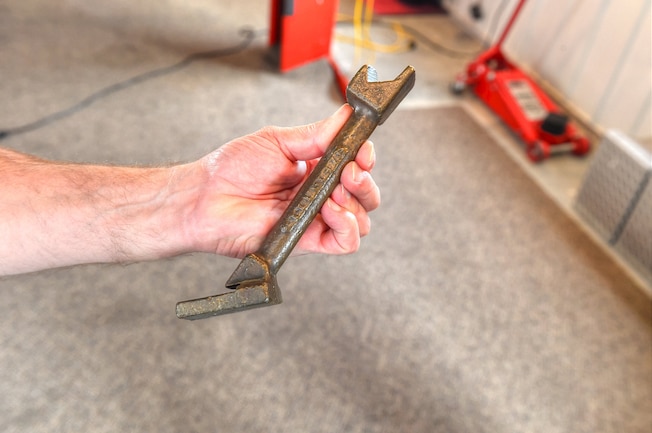 I just finished reading with great interest the March 2017 Mustang Monthly article highlighting the proper use of the Ford suspension support tools to prevent shock-absorber damage. Understanding that you fabricate this yourself, do you sell them or know where any might be available for sale so I can use when servicing my 53,000-mile all-original 1966 Mustang GT convertible?

Marcus Anghel at Anghel Restorations in Scottsdale, Arizona, has made a few sets to sell in the past. Contact Marcus at (602) 628-2522 or go to www.anghelrestorations.com to check on availability and pricing.

I own a 1970 Boss 302, and as far I know, the front grille originally came from the factory in a light blue color, as it is in my 1967 Mustang GTA fastback. However, I recently saw some Boss Mustang photos on the internet that had a black grille. Now, I’m in doubt. What was the original color Ford used on the grille for a 1970 Boss 302? Thank you very much for your attention and time.

Miguel J. Neto
Via the internet

I have bolts retaining my hood latch that have “RSC” markings on their heads. Are these the correct bolts for that application? My Boss 302 has a December 4 build date. Could those have also been used at the hood where the bolts mount the hood hinges?

Rob Palacio
Via the internet

The RSC-marked bolts are factory correct for all three Mustang assembly plants for 1969 and 1970 model years. The RSC-marked bolts are the least common fender and hood bolts used in 1970. They are my favorite style fender bolts because there is no reproduction available! Some judges question the authenticity of RSC-marked bolts, so it’s always good to have original pictures to document originality. The Mustang Club of America lists the RSC bolts in the judging sheets for 1969 and 1970 as one of the accepted manufacturer bolt head markings.