Beyond the Basics: Vintage Mustang tech questions and answers 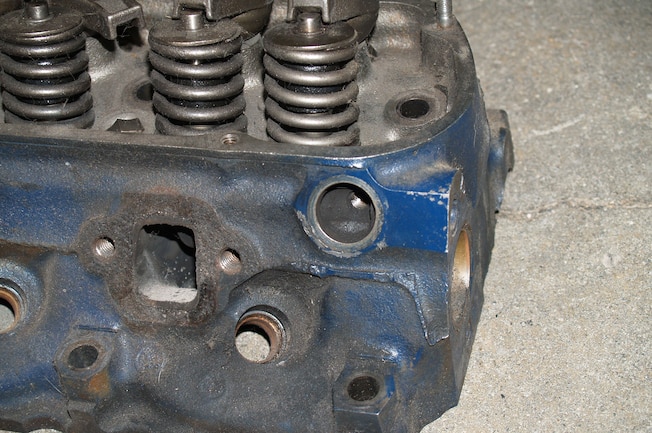 I have a 1966 Mustang hardtop that was originally a 289 V-8 car from California. It currently has 1974 302 cylinder heads on it. I want to go back to the original smog system. I think Hi-Pos came with the external tube and the regular V-8 came with internal pipes. How can I find the right heads just by looking? Thanks!

What you need may depend on when your car was made. First off, the 1966 Hi-Po didn’t have smog—it is the same as the 1965. Thermactor emissions didn’t come out on the Hi-Po until 1967. There are two different Thermactor systems in 1966, and it depended on at which plant your engine was made. The first system is the external air log type similar to the one used on FE engines, the second is an internal log that Ford simply drilled a line through the head to feed the exhaust ports. Early production 1966 cars would have used the external log style, and these engines were built in the Cleveland foundry. There is an extra boss area of the exhaust port mounting pad in the upper left hand side that if the engine was to receive Thermactor system, it was drilled right here.

The second setup was used on engines built at the Windsor, Ontario plant. These engines have a hole and bolt configuration just in front of the #1 cylinder, and the upper accessory mount had a threaded insert in the top hole where they drilled the port. These engines came online in January of 1966, so later 1966 cars could have one or the other. Most of the ones I have seen have been Windsor-style units. So besides correct date codes, the smog heads will have a hole up near the upper left hand corner of the exhaust outlet, or a big hole machined in the front of the head and inserts in the accessory upper holes.