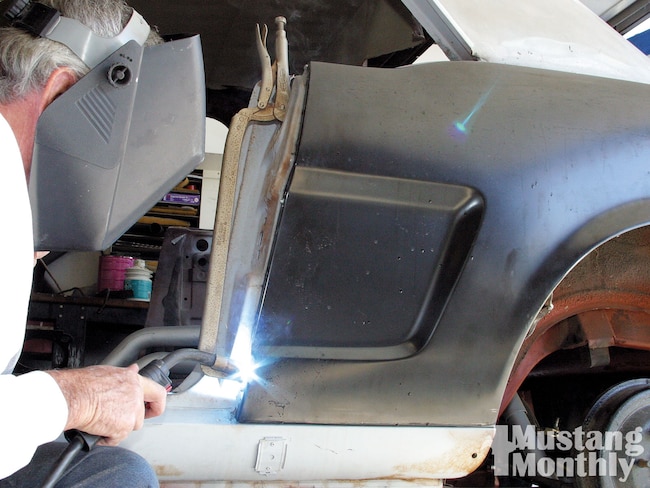 Classic Mustangs are notorious for their short-deck, long-nose styling. Unfortunately, their voluptuous hips are vulnerable to just about every hazard on the road. Quarter-panels are among a Mustang's most targeted body parts because they're vulnerable to shopping carts, careless people with far-reaching car doors, out of control slipping and sliding on ice, and rear end collisions. Quarter-panels are also susceptible to rust, which is the most common reason for replacement.

Mike Todd's '66 Mustang hardtop has been in his family since new. A late '66 V-8 car, the left rear quarter-panel had been crunched by at least one collision and later ravaged by rust, making it beyond repair. We called Bill Faull at Mustangs Plus and asked him what he had for a '66 Mustang hardtop in need of a new left rear quarter-panel. He shipped us a #2117 Dynacorn quarter-panel, which is identical to a Ford stamping. It sells for the unbelievable price of $111.95 plus shipping and any appropriate taxes. Dynacorn also offers a quarter skin, #2126, available for $55.95.

Simi Valley, California's Ted Polisky possesses a lifetime of experience as an auto body technician and craftsman. Ted decided to take a day off from retirement to treat Mike to a new quarter-panel for his family heirloom. When it comes to quarter-panel replacement, there are always different approaches, but only a few really good ones that work well. You can perform a full quarter-panel replacement using factory seams or you can go with seams in locations that make sense structurally and aesthetically.

Because Ted didn't want to disturb the factory lead at the sail pillar or the sheetmetal stamping dates at the trunk opening, he decided to forego Ford's factory seam at the sail pillar and graph in this quarter-panel along the top beltline. We're going to show you how Ted did that with exceptional results.

Tools of the Trade 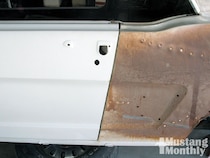 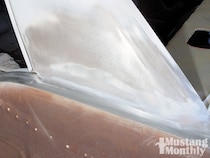 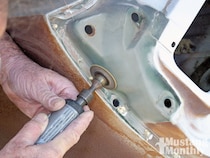 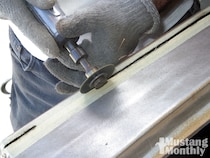 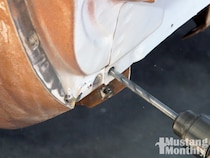 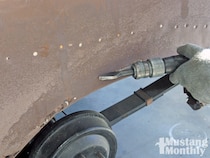 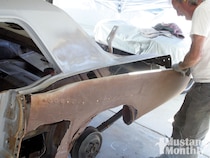 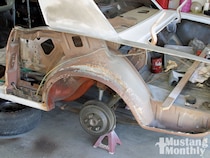 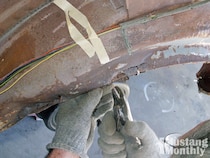 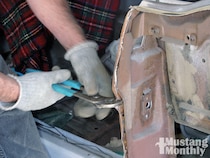 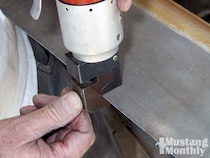