How To Replace An Inner Fender Apron

Miles Cook
March 1, 2009
NPD offers two passenger-side aprons for '67-'68 Mustangs. The one on the left with a black coating is known as an "import" version, while the "Canadian-made repro" on the right is bare metal. Though the one on the left is a few bucks more, Julian's determined that it seemed to be a better-made piece for several reasons.

We're following along on the restoration of a '68 Mustang GT fastback. The Northern California car is essentially a rust-free example--except for one particular area. While you might think the Nor-Cal climate could be to blame for the car's rusty inner fender apron, the culprit is actually battery acid.

Likely an issue for many vintage Mustangs, the right-front (passenger-side) inner fender apron is home to the battery tray and batteries that can leak acid. After 40-plus years, the panel in many cars is certainly going to want for better days, which was very much the case for our subject car.

The solution? Replace the panel. While it might look daunting, it's actually a fairly basic procedure that any good body shop can perform. The body shop that helped us out for this project is Julian's Collision Center, which also happens to be the facility that repainted this car in its original Acapulco Blue splendor.

With the fenders still off for the paint job, it was the perfect time to replace the inner apron before reinstallation of the front fenders. But before that could commence, we needed to show up at Julian's with an apron in hand, which we did after swinging by National Parts Depot's Ventura, California, location to pick up two versions of an inner apron. 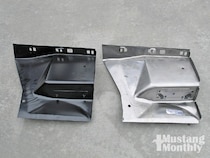 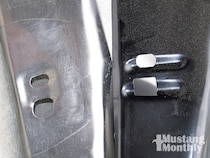 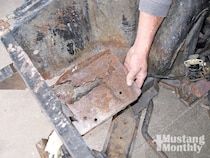 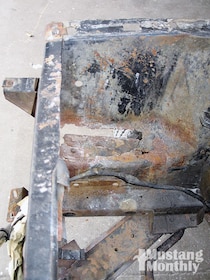 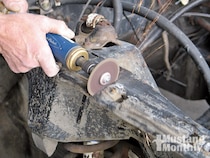 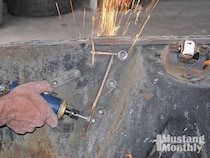 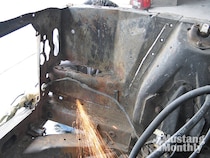 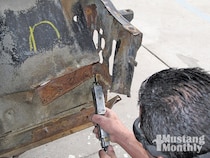 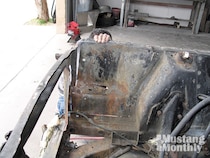 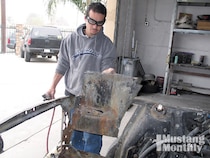 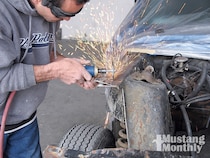 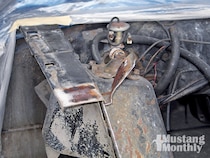 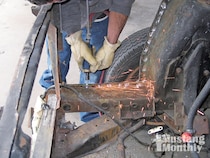 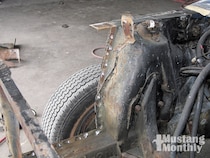 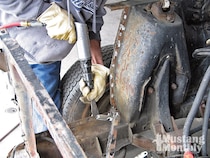 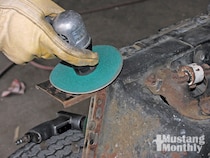 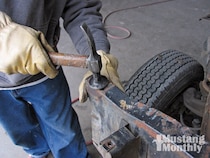 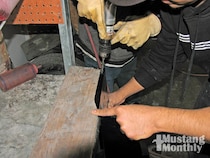 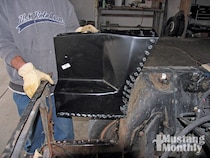 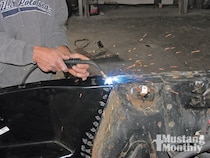 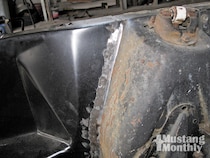 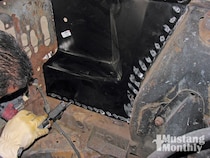 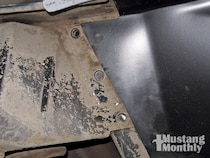 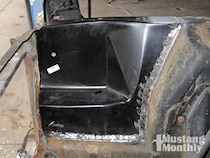