Modern technology has made it easier to own and drive classic Mustangs. Think about it: four-wheel disc brakes, fuel injection, 130-amp alternators, surround sound, electric locks, security systems, larger wheels and tires, and rack-and-pinion steering, among other things, are now available to bring a vintage Mustang to current expectations.

This is one of the easiest restomod updates we can think of, short of the PerTronix Ignitor electronic ignition. The Interval Wiper kit from Mustangs Plus is easy to install-no harder than changing a wiper switch. It's compact, plugs right in, and is easy to use.

Now, thanks to Mustangs Plus, we can also have interval wipers, making it easier to drive in light rain. Factory intermittent wipers, as they were originally called, first appeared as an option in Mustangs around 1970. It was rare to see them, and they didn't become common on Mustangs until the '80s. Nowadays, it's virtually impossible to find one without them.

It's now possible to install interval wipers in your classic Mustang without anyone knowing they're there. There's no complicated wiring to contend with, just a switch and microprocessor combo designed to fit in place of the original wiper switch. Operation is simple: just turn clockwise to "On" to get them started. Roll the switch clockwise to decrease wipe frequency and counterclockwise to increase.

We dropped in on Mustangs Etc. in Van Nuys, California, which had a '69 Mustang dashboard available for us to show the quick and easy installation. 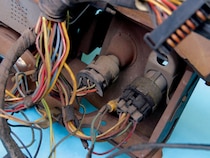 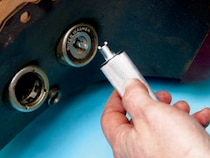 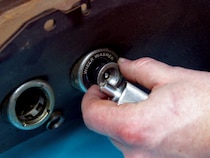 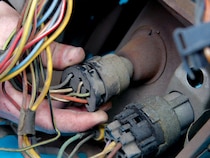 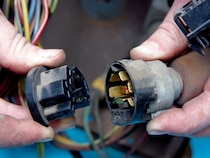 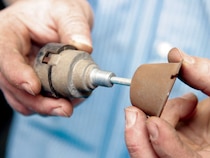 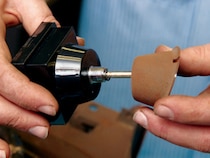 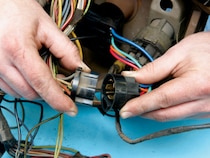 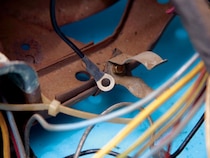