When it comes to cool new stuff for vintage Mustangs, owners of '71-'73s are usually the last to get it, if at all. But it hasn't taken long for Mustang Project, a company known for its LED sequential taillights for vintage Mustangs, to break into the big-Mustang market. With Mustang Project's new kit, sequential taillight operation, originally made popular with the '67-'70 Shelbys, is now available for the last of the first-generation Mustangs. As a bonus, the LED lights are much brighter than bulbs, which add to safety by improving the car's visibility to other motorists.

Although the '71-'73 taillights feature the Mustang's recognizable three-lens taillights, only two of the lens panels are used for taillights and brake lights. The center lens is for the back-up light. For that reason, the sequential operation for '71-'73s is a two-blinker affair, not three as on previous Mustangs. That means the inner taillight flashes before the outer light.

While installation is simple, as we learned at Classic Creations of Central Florida, it's a bit more complicated than earlier models because the taillight housings must be removed from the car so the lens can be separated from the main housing. The Mustang Project LEDs replace the original bulbs, but because the rectangular LED panels won't fit through the original bulb-socket openings at the rear of the housings, the LEDs must go in from the front after removing the lens.

To slow down the rate of flash, providing time for the sequential operation, the kit also includes a new flasher unit, which replaces the round factory flasher behind the glove compartment. 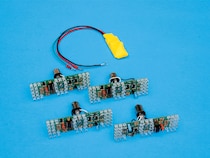 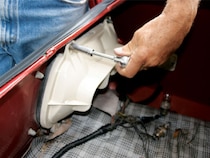 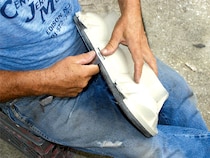 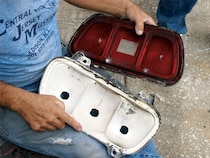 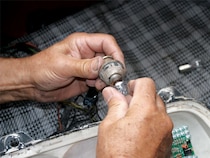 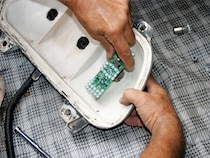 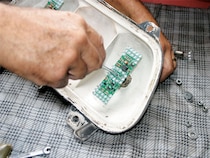 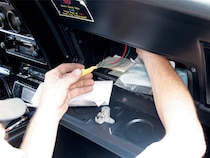 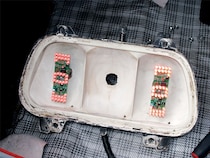