Ford Mustang - How To Restore An Interior

We Wrap Up Our '72 Mustang Interior Project With The Final Assembly Of Various Restored, Rebuilt, And New Components

Miles Cook
November 16, 2006
After a considerable amount of hard work, the results speak for themselves. With the interior finally completed on this '72 convertible, Ed Zoellner and son, Caleb, have a foundation and some inspiration for other projects with the car. New upholstery for '71-'73 and older vintage Mustangs is available from CJ Pony Parts.

We've done it. After three trips to Mustang Country International where we shot photos all day during three 10-hour stints, the interior in this '72 Mustang convertible is finished.

Keep in mind, though, that all the work wasn't completed while we were there. Mustang Country's restoration shop probably spent another two days working on this project to redo the seats, get both new door panels built, restore and repaint the console, repaint the rear trim panels, and generally do all sorts of other tasks.

For those of you following along, this is the third and final installment of this undertaking. The best way to get a clear idea of what was done is to go back and reread the previous two stories in the Sept. and Oct. issues.

To summarize, we began with redoing the door panels, installing a new dashpad, and putting new carpet in place. While the car was getting new floor pans installed at Crook Brothers Body Shop, Mustang Country rebuilt the seats using new upholstery from CJ Pony Parts. That second how-to, presented last month, focused entirely on rebuilding the car's driver seat since it was totally worn out.

Once the car was back from Crook's, we jumped right into the work shown here. The interiors in '71-'73 Mustangs are complex and some items might require special attention. But once they're done, they look nice. Take a look at the finished results and see for yourself. 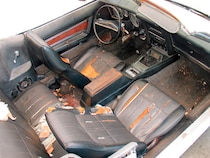 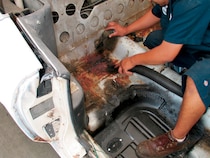 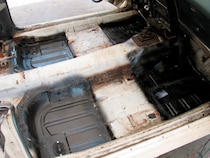 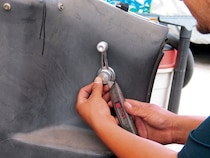 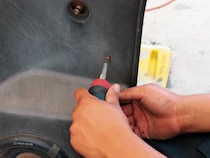 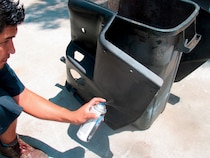