How To Choose The Correct Paint For Your Vintage Mustang Engine 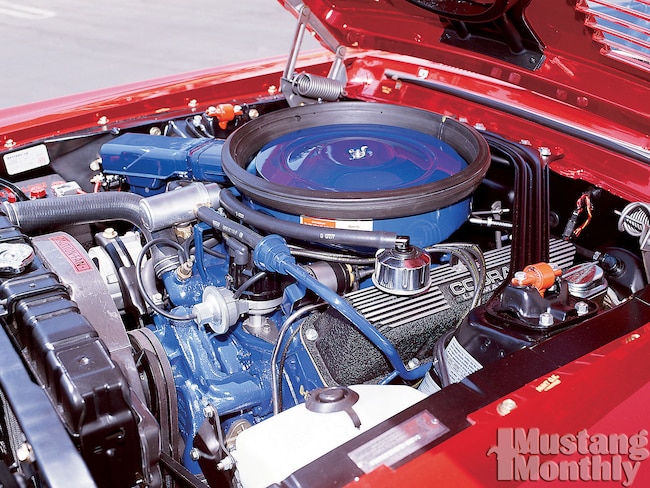 Proper vintage-Mustang engine color seems to be a matter of opinion. But there is only one right answer for each situation. Too many of us are getting our engine colors wrong during otherwise outstanding restorations. Engine color is a lot more important than most know-and when it's wrong, it's apparent to those who understand what proper engine color is, most importantly show judges, who decide whether or not you drive home with a trophy.

Seasoned show judges and restorers know the proper shade of Ford Blue for a given model year. How many of you have seen the '64 1/2 Mustang's 260-2V V-8 in dark Ford Corporate Blue? And how many of you have seen a '69 302 in the light blue common to the earlier 260 V-8? Few things are more out of character than a '70-'73 351 Cleveland in '64 1/2 light blue. It just doesn't work because our Ford engines need to be painted the right color for the model year.

Confusion abounds from the start with Mustang engine color because the first model year-1965-was more involved than the rest. Think of the '65 model year as two model years in one-1964 1/2 and 1965. We call '65 Mustangs from the first five months of production '64 1/2 Mustangs. These were the Mustangs fitted with a generator charging system and a choice of four engines-170ci six, 260-2V V-8, 289-4V Regular Fuel V-8, and the 289 High Performance. Each of these engines had black blocks, cylinder heads, and oil pans. Most of these engines had natural metal color hardware (nuts, bolts, and screws). Valve covers and air cleaners (except 289 High Performance) were specific colors that helped identify engines at a glance.

One important issue to consider with air-cleaner color is the intake snorkel. Instead of being blue or gold, the snorkel is gloss black for 1965.