How To Replace a Winshield Wiper Motor

Not every how-to can be about making big horsepower for little or nomoney--or how to restore a vintage Mustang to new with little effort orsweat. Nor can every feature be a blockbuster that everyone goes nutsover.

Some subjects are just not intriguing--until you need the information.This is one of those topics. We don't expect every reader to scour everyelement involved in replacing the windshield-wiper motor in a vintageMustang. But if the motor has given up the ghost in your '65-'70Mustang, we're confident an esoteric matter such as this will be ofgreat interest to you.

We contacted Mustangs Plus for a new single-speed wiper motor to replacethe worn-out motor in a '65 coupe. Although the procedures here cover'65-'66, the wiper motor in '67-'70 Mustangs is also located under thedash, so replacement is similar. On '71-'73 models, the wiper motor wasmounted on the engine-compartment side of the firewall, making thereplacement much more accessible.

If you never drive your classic steed in the rain, it might not make adifference to you if the wiper motor works or not. But this daily-driven'65 coupe is a car that won't melt in the raindrops, so when the motorgave up and left the wipers like this, it was time to crawl underneaththe dash to replace it. 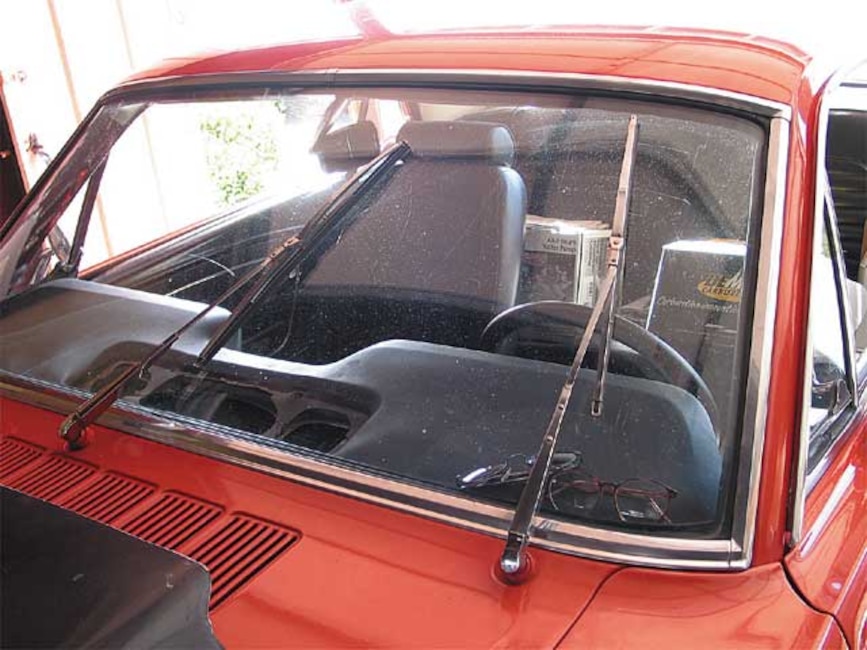 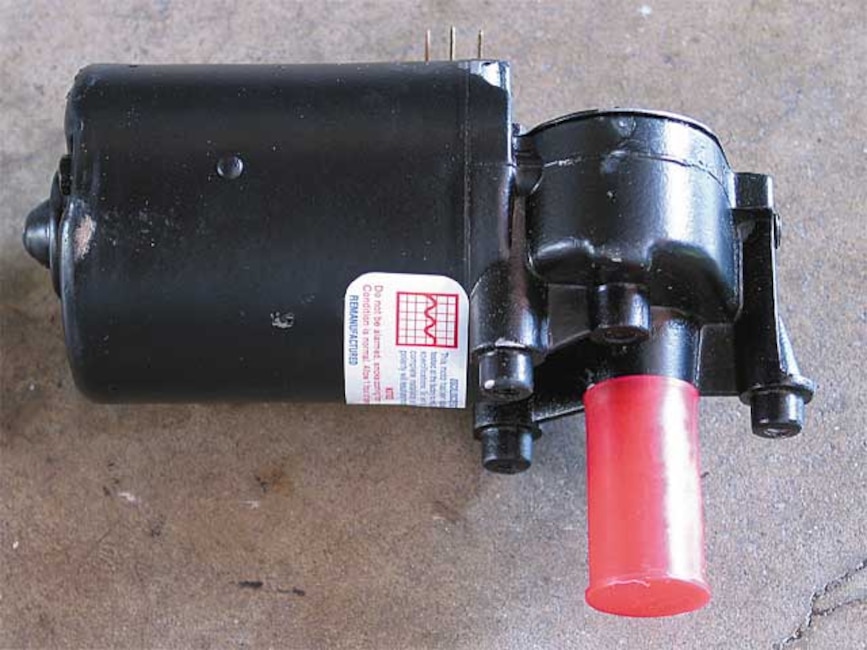 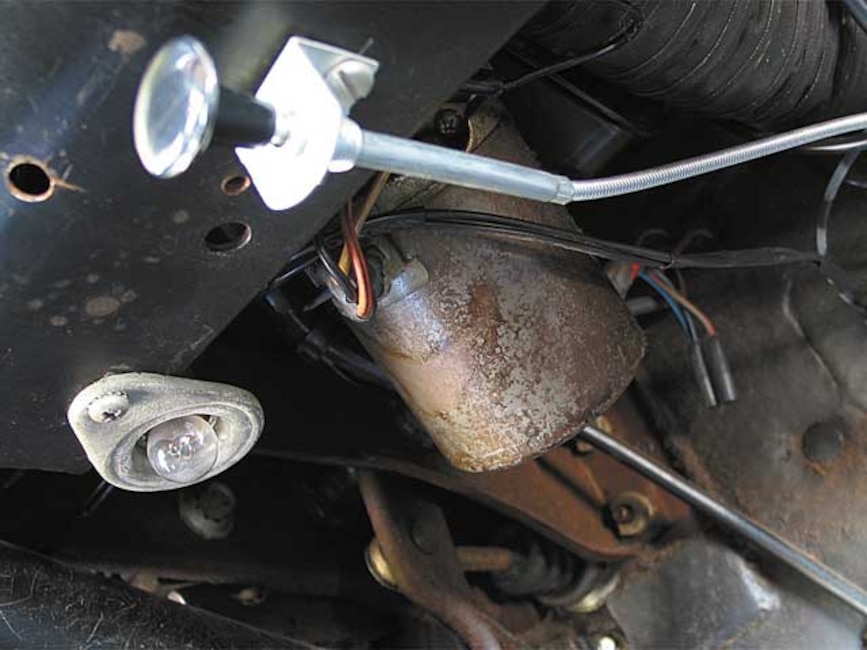 2. On an early car like this '65, the motor is accessibledirectly underneath the dash to the left of the radio. While it's easyto see, getting to it is a little tougher. Removing the driver seat inyour car--like we did--will make it easier on your back while you're lyingdown inside the car looking up under the dash.