Newsletter
Sign Up today for our FREE Newsletter and get the latest articles and news delivered right to your inbox.
Home
5.0 Mustang & Super Fords
How To
Paint Body 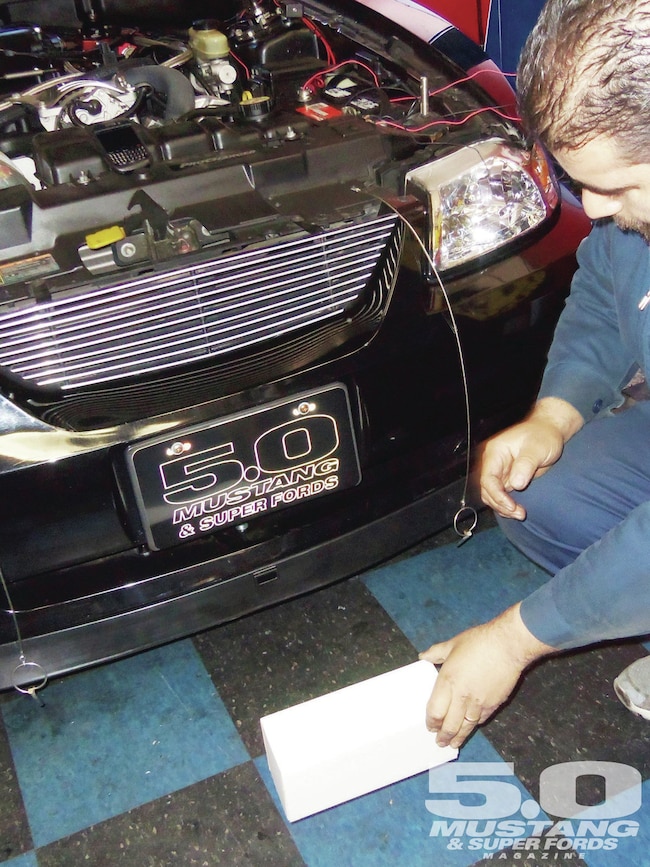 Before we get to the heart of this month's TI, let's take our penchant for fast Mustangs out of the equation. Yes, it's a given that performance is paramount for most enthusiasts, but for this effort our focus is on another aspect of 'Stangbanging.

Another important criteria for a 'Stang's hotness is its appearance; moreso its ride height or "stance," which most 'Stangbangers wouldn't place higher than the top of a shoe. Yes, dropping a Mustang's body position is one of the other first mods that is executed shortly after taking possession of a Pony (if it hasn't already been lowered).

Of course, there are a variety of bolt-on, lowering-spring, coilover, and spindle/control-arm packages that can quickly plant your Mustang in the weeds. However, that's not our objective this month. Our mission with this exercise is to put a little additional low in our '02 Mustang GT's profile by adding a Mach I-style chin spoiler from AmericanMuscle.com.

The spoiler (PN 11005G99; $64.99), which is patterned after the OEM piece found on the '03-'04 Mach 1, is a perfect styling touch for the front of lowered New Edge 'Stangs (GT, V-6, and non-Terminator Cobras) and bolts-on in roughly 30 minutes if you have a buddy to help, as well as the necessary handtools for the job.

Although the molded one-piece, hard-rubber strip is stronger than the factory chin spoiler, its position on a New Edge Mustang--especially a Pony that has been dropped--makes it super susceptible to sustaining damage from speed bumps, parking stops, and curbs. To that end, a second element of this project is about protecting a chin spoiler (or splitter, air dam, bumper cover, and so on) from such damage by installing a cool new device that we also found in AmericanMuscle's catalog.

The Curb Alert Pro (PN 94600; $159.95) is a bolt-on, park-assist system that gives drivers an audible alert whenever contact with one of the aforementioned, usually-solid objects is imminent. Putting this warning system in place is a do-it-yourself enterprise that shouldn't take more than an hour to finish. While the chin spoiler does require drilling a series of 1?4-inch holes for its included fasteners, the Curb Alert Pro technically mounts to a Pony's bumper cover without any drilling or cutting. However, as you'll see in the photos and captions of our slightly custom version of the basic installation procedures (performed by Saul "The Surgeon" Gutierrez of Extreme Automotive), our Pony's spoiler does undergo a little razor-blade trimming, which allows us to position the alert's sensor where we believe it will be most effective--incorporated directly into the spoiler. 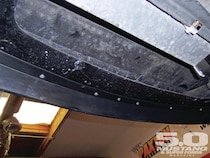 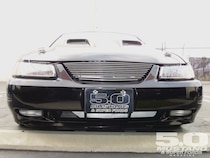 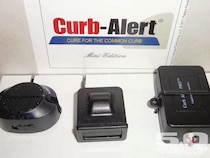 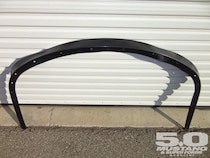 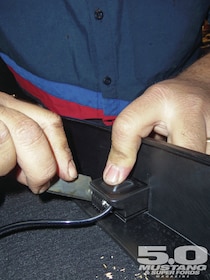 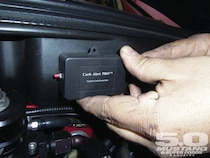 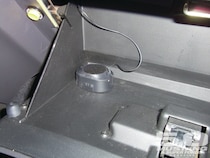 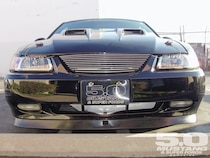 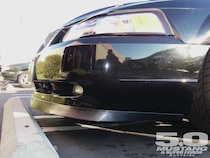