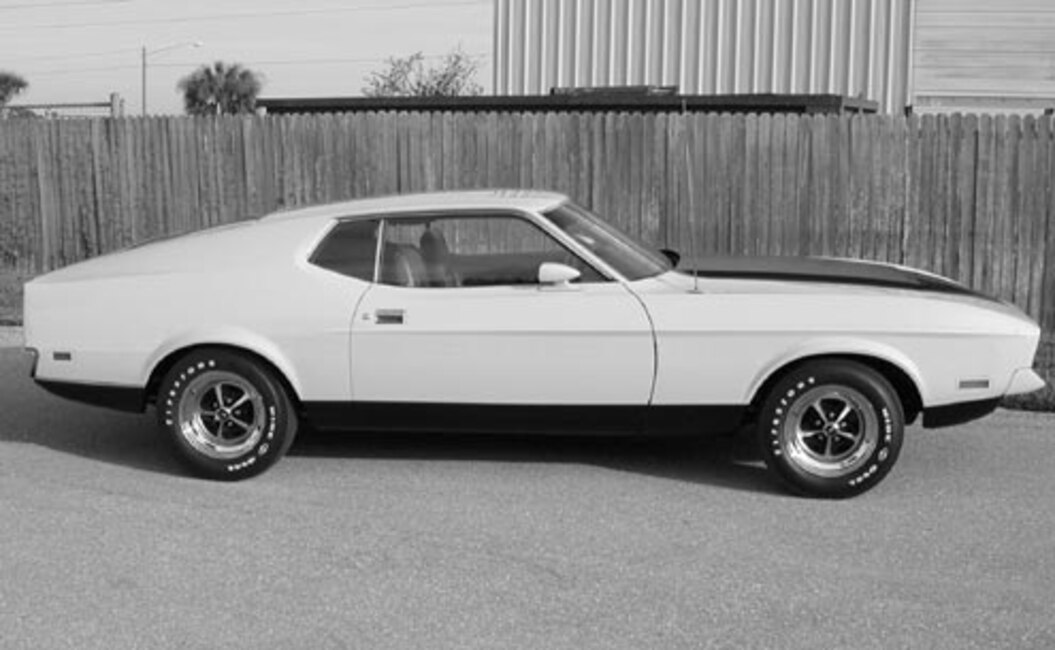 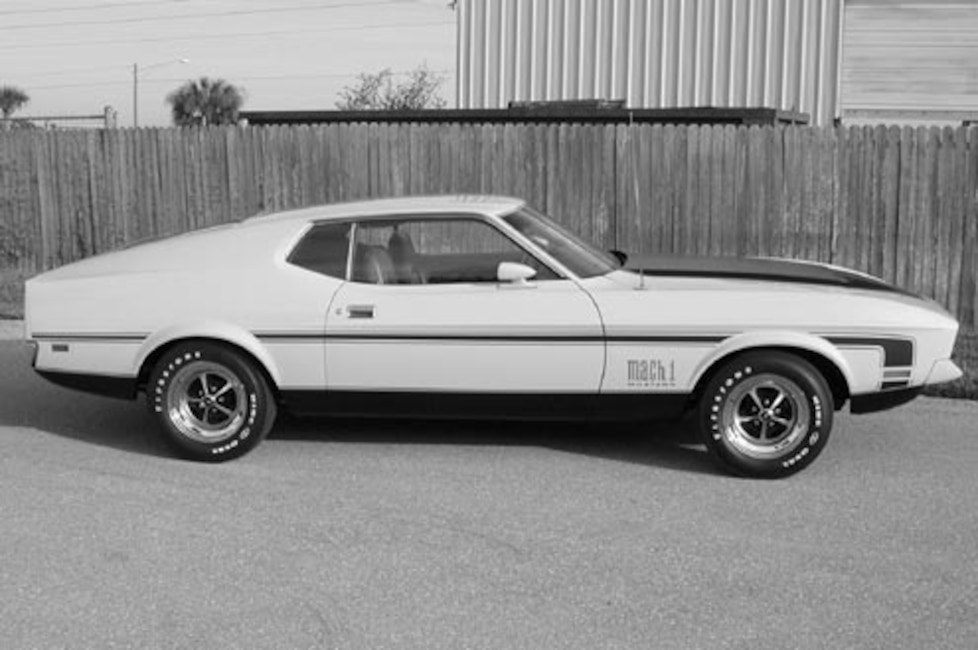 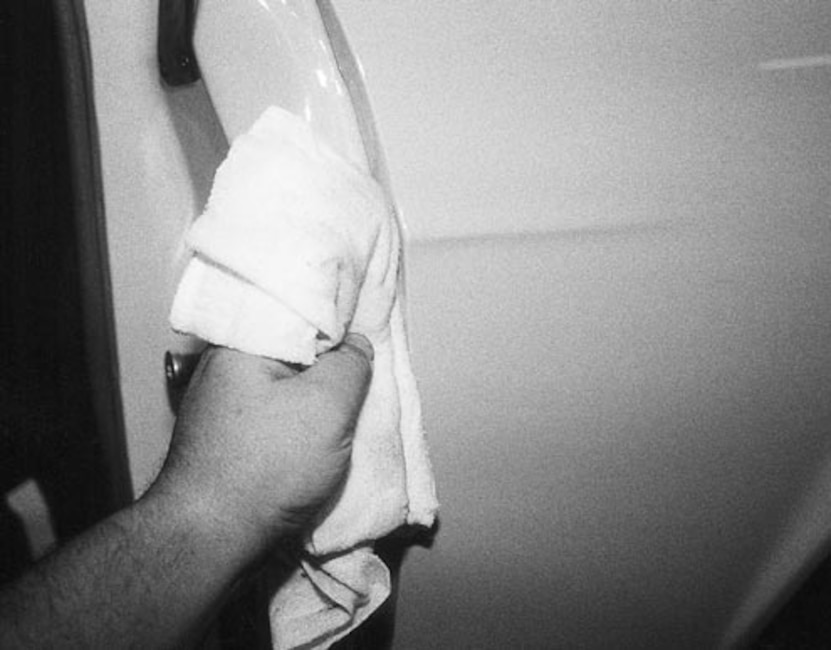 Make sure the entire body (inside both the fender edges and the door areas) has been degreased prior to applying the stripes. If you don’t, your stripes will blow off at speed. Pretty cool the first time but, on the whole, a bit expensive. 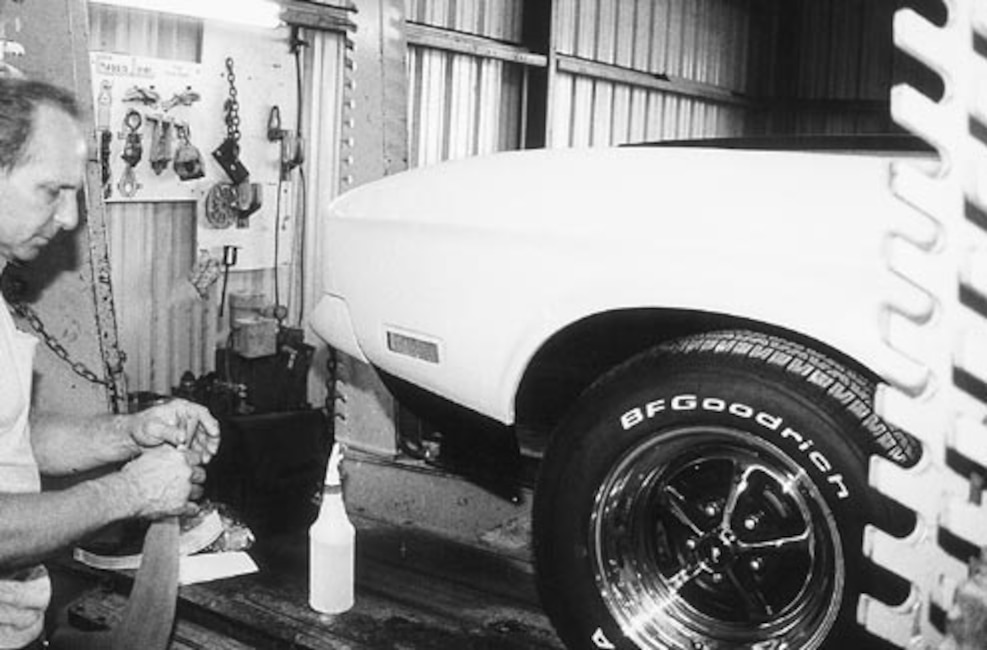 Mike Paremsky uses a mix of soap (about 20 percent soap) and water to spray the panel. This mixture will keep the stripe fluid for positioning. 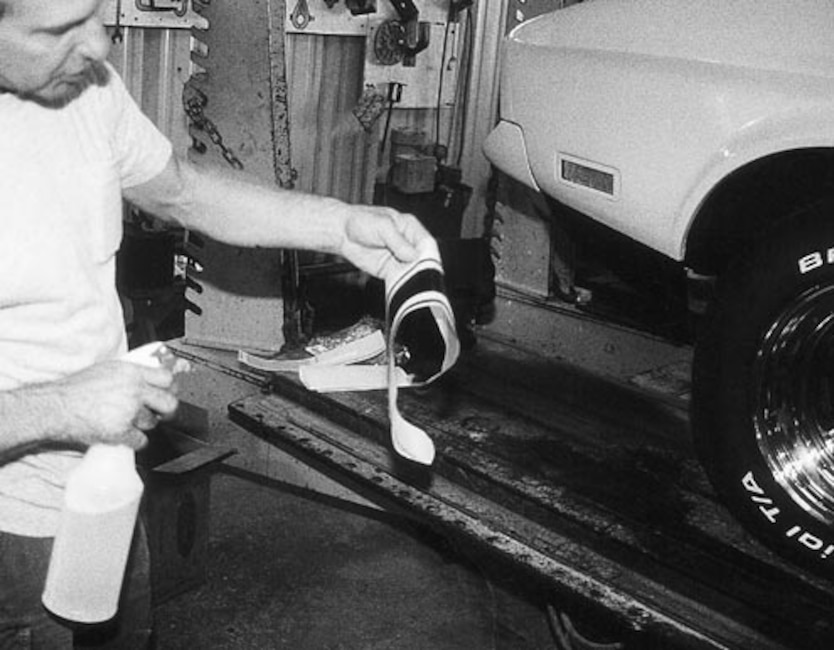 Paremsky also sprays the appliqué after he removes the protective backing. This assures that he will be able to move the stripe into the correct position without it adhering to the panel before he’s ready for it to permanently adhere. 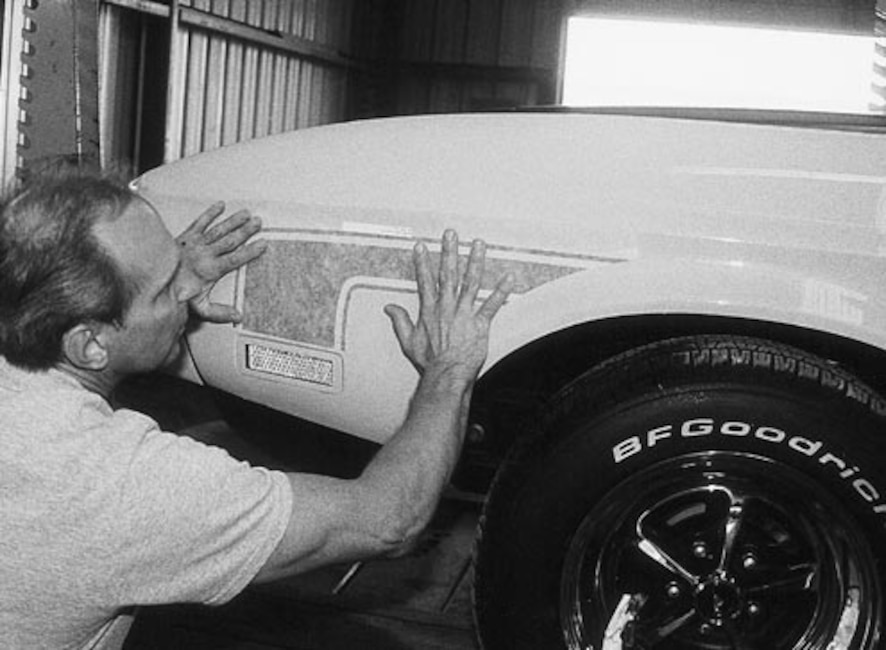 Paremsky begins by positioning the front upper and lower stripes, then stepping back. He prefers to apply the stripe at eye level to ensure it is applied correctly. 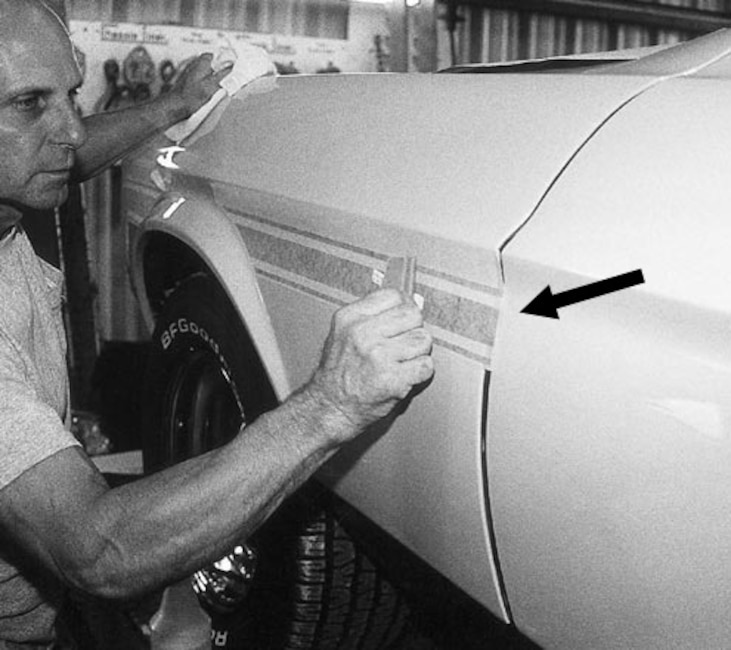 We looked at an all-original ’71 Mach 1 for the stripe’s position behind the fender opening. This stripe should be placed in the curve as shown with a 1/4-inch overlap on the end (arrow). Once again, Paremsky steps back to make sure the stripe follows the center of the beauty line. 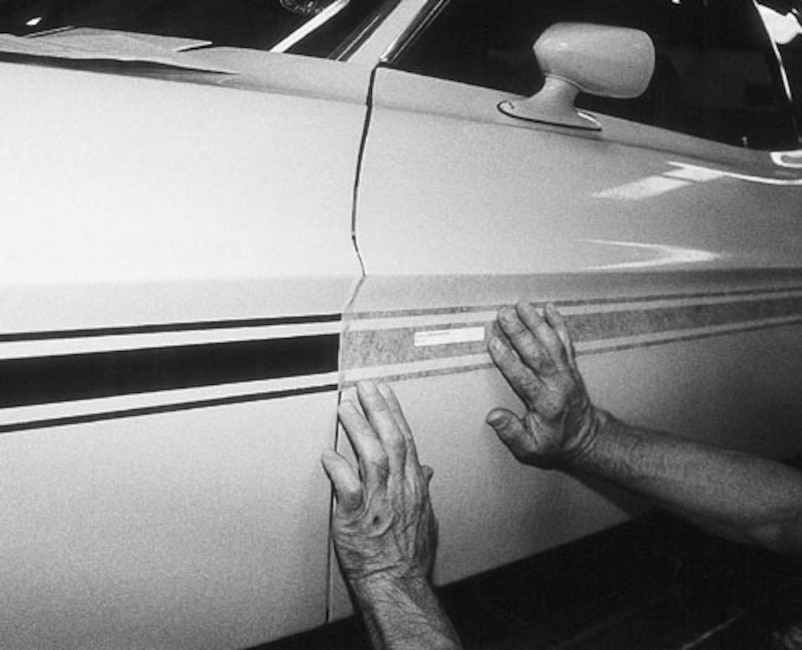 After allowing the stripe to dry for several minutes, Paremsky uses a squeegee to burnish down the fender stripe. Make sure you hold the stripe as you squeegee to prevent it from moving, because it will take awhile for the water to evaporate. He then folds the edge over to the inside of the panel. Next, the door stripe is applied using the same methods previously shown. 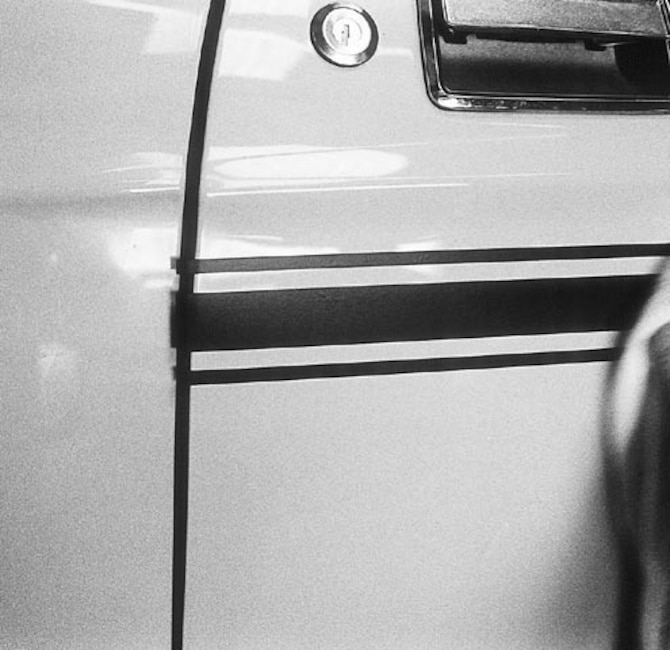 The tail that should hang off the door (and fenders) should be folded over to the inside of the panel. After the paper is pulled, use a clean cloth to wipe the stripe down. If you have bubbles, you can use an X-Acto knife to prick the bubble to release the air. Of course, the goal is to not get any bubbles. 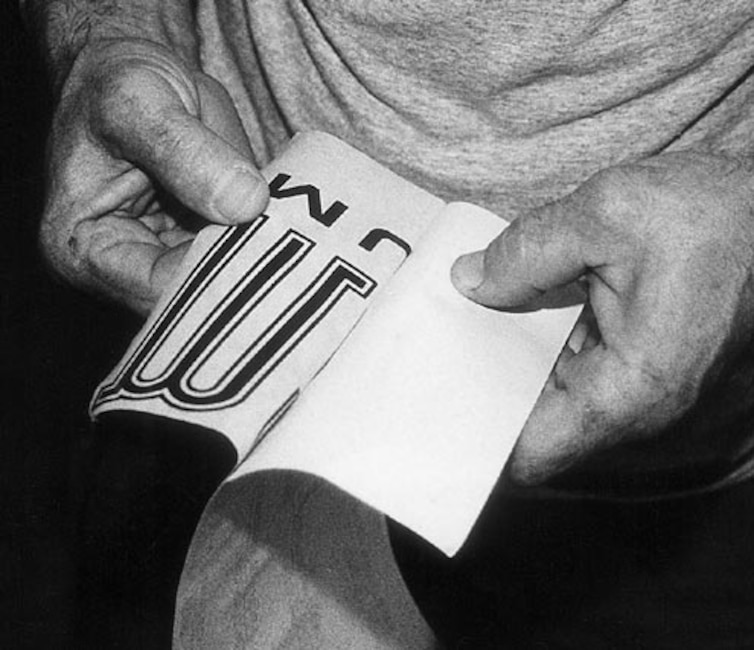 These stripes have been around the world and have seen several states after we bought them eight years ago. They also suffered some minor water damage at some point. If you purchase some identical to these, be patient and move slowly when separating them from the protective backing. 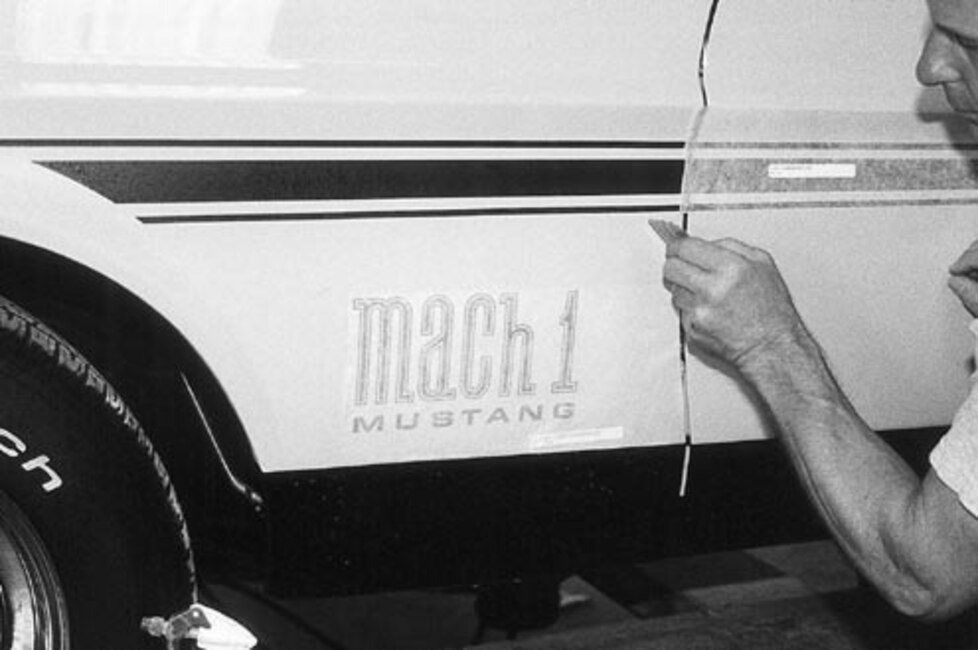 Placement is quite simple with regards to the Mach 1 portion of our kit. The paper follows the trailing edge of the fender and the lower beauty line of the car. Note, the door stripe is still covered in paper. If you attempt to pull the top paper off and the stripe still wants to stick to it, you’ll need to squeegee some more water out and let it sit for a while. 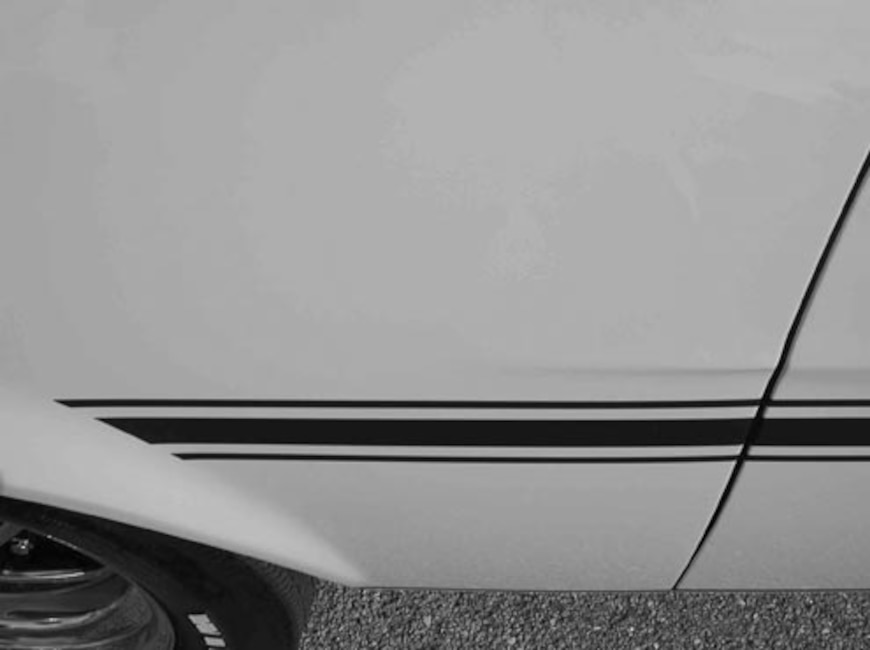 This stripe and the one in the next photo are the most difficult to apply because there are almost no body lines to follow. 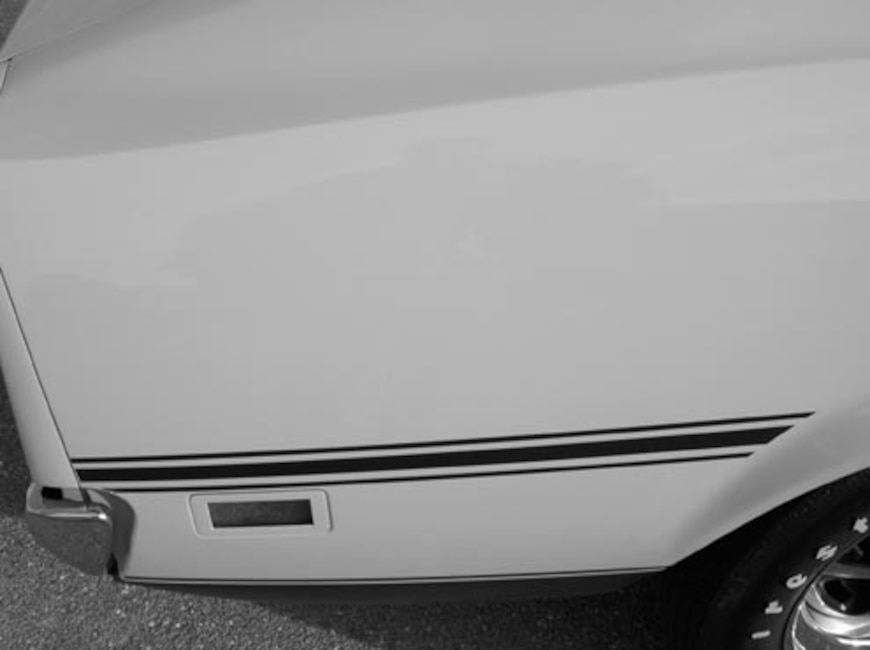 Eyeballing them is your best tool when applying these two. 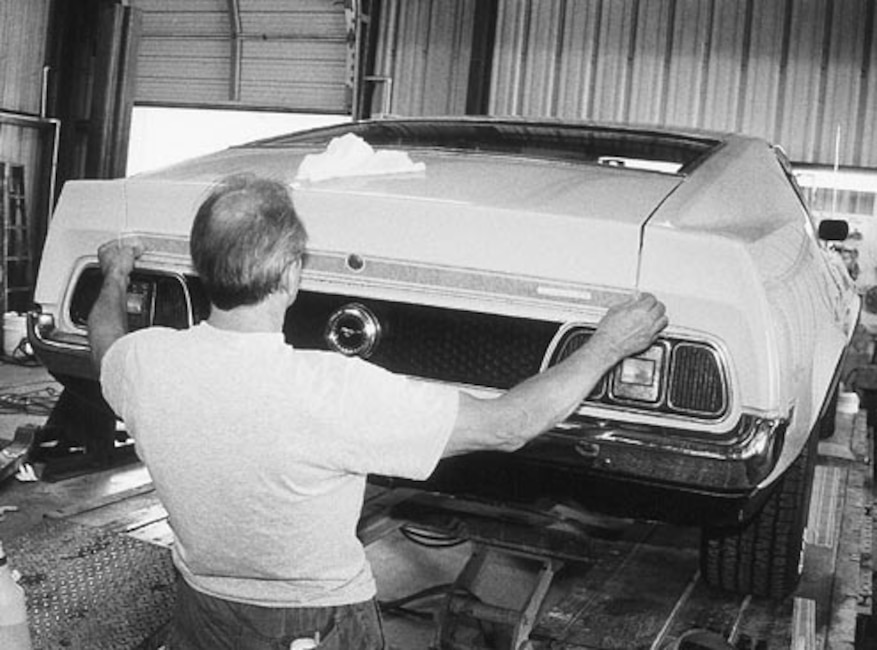 The decklids on the ’71-’73 cars are hard-fit items; most of them just plain don’t line up. Here’s where a stripe can come in handy. The decklid on this Mach does not match the extensions, so we used the stripe kit to line them up. Paremsky applies the center first. 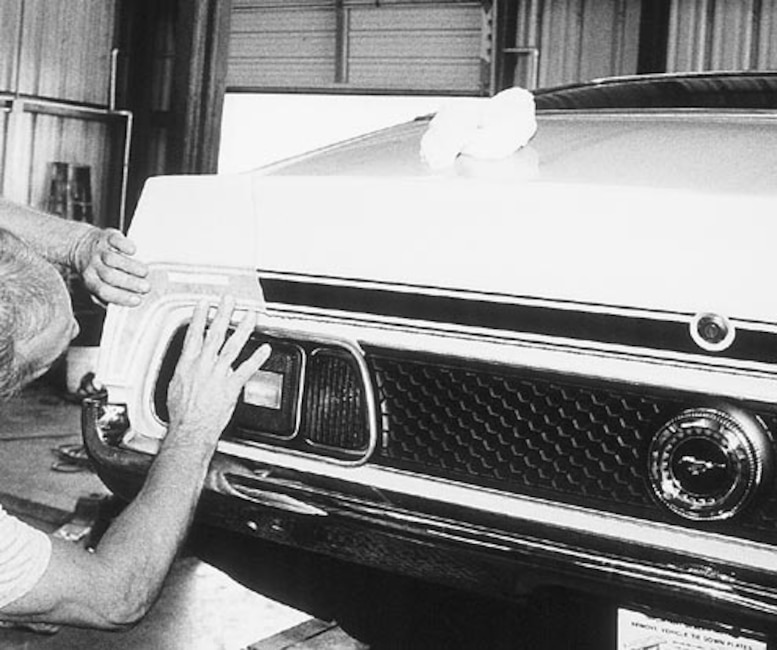 Next, Paremsky adjusts the end cap stripes to match the center. This way, the illusion shows that the end caps are lined up with the decklid. 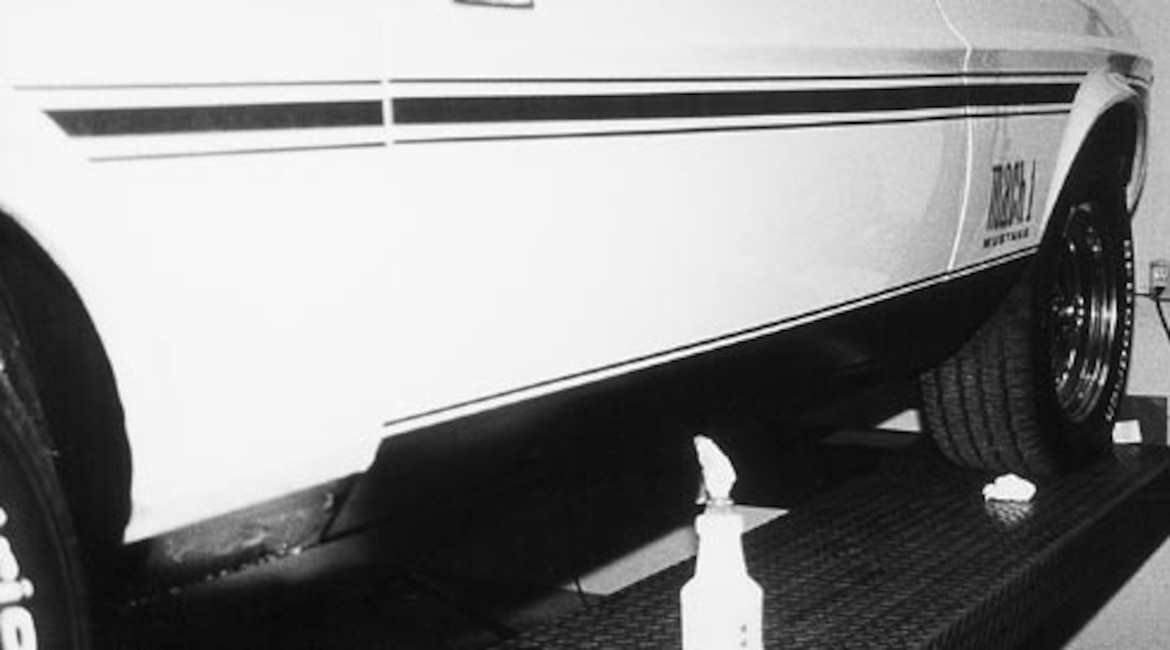 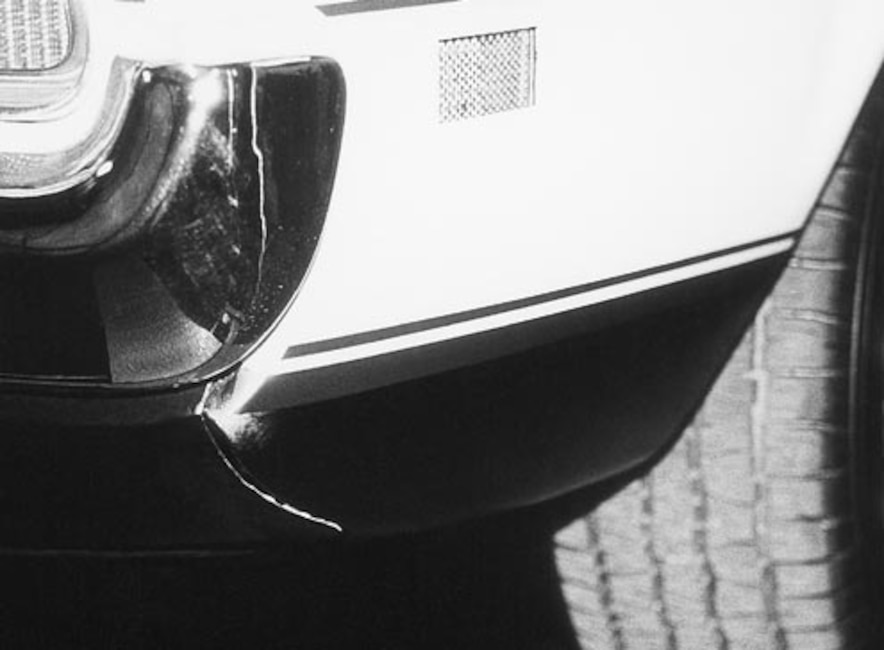 The actual treatment on the rear of the car probably isn’t this neat on an original car, but we couldn’t resist a nice, even, clean cut. Now the car is ready to show.

When it comes to stripes, the Mustang was one happenin’ car from 1965 to 1981. Ford liked for its Pony to be festooned in appliqués; in some instances, there was almost as much vinyl as there was paint.

The Mach 1 is a perfect example of this fascination with a 3M® stick-on product. The Sport stripe option added flair to the Sport Sprint and the Mach 1 for 1971-’73. Since the stripe option was stock on this particular Mach 1, we felt it only right to reapply the stripes to the flanks of this fleet steed.

For this, we turned to Marti Autoworks for its excellent stripe kit and to Mike Paremsky at Michael’s Auto Body for the application. Paremsky has been applying stripe kits to Mustangs and gargantuan appliqués to woodie station wagons since the early ’70s, so he knows his stuff—to say the least.

Paremsky told us the job isn’t so difficult to perform that novices (he actually said dummies), such as ourselves, couldn’t do it—so we did. Actually, Paremsky handled the Sport stripe and we handled the lower portion. Well, here we go!