Door Glass Fitment on a 1968 Mustang 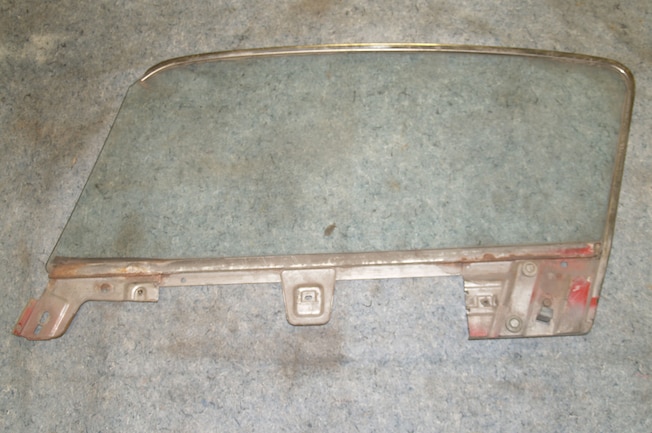 I purchased a 1968 Mustang fastback body from Dynacorn in April, 2014. Using a 1968 hardtop as a donor car, I now have a beautiful fastback, thanks to some magnificent work by L&P Auto Restorations in Alexandria, Virginia. One rather large issue that had remained with the car was that the door windows didn’t go all the way to the top. The window cranks would take the windows down fully, but the crank simply spun once I had raised the windows to within an inch of the top of the door opening. We used the vent windows from the hardtop, and they fit both the door and the opening perfectly, purchasing new door glass from Laurel Mountain Mustang.

Bob Brown
Via the internet

The difference between the 1967 and 1968 regulators is the length of the window handle shaft. It is longer on the 1967. Other than that, they are the same. I think you have two different issues going on in your doors. First, the regulator handles should not spin at all, and second is the alignment of the glass. The teeth on the swing arm do not have a tooth carved in the end of it, and the tooth on the crank side will act as a positive stop once the end is reached. If you can continue to crank after the end of the swing arm, then there is a problem with your regulators. You should hit a hard stop in both directions. If the regulators work fine out of the car, then the roller may be coming out of the slot at some point. The equalizer arm bracket (the lower slide bracket) has a positive stop in one end; make sure you don’t have it in backward. If your regulators do stop, make sure you have them in the right doors. There is a right and left, and it is possible to put them in the wrong door, which means the teeth in the swing arm are not centered on the arm—one side has a couple more teeth.

If you don’t have one, get a copy of the Body Assembly manual for 1968 and make sure you have all the parts transferred properly to the new door. Unhook the regulator from the glass. With the regulator out of the way and the door open, can you pull the glass all the way to the top? Your alignment is determined by the front and rear channels, not the door shell or roofline. There is a stop assembly at the front and rear. The front stop is adjustable from the inside of the door and has about an inch of adjustment. The rear is fixed in the glass frame and is adjusted with a slider mounted to the rear channel. Make sure neither of these is holding you up. If you can pull the glass all the way up, then it might be the regulators. If it stops, and you have nothing in the way, it may be the glass. The process of adjusting the glass starts with the window in the up position. I would go ahead and re-adjust the glass per the instructions in the Body Assembly manual. My first inclination is that the regulators may be in the wrong door.

The 1967-68 fastback glass aligns the same as a hardtop. The front stop is attached to the two slots in front (not attached here) and the rear stop is adjusted by a bracket on the rear channel.
There is no notch at the ends of the swing arm and this creates a stop for the regulator. Also note that the teeth are not centered. There are more teeth to the left than the right. This is the difference from side to side.
The front stop is adjusted from the inside by removing the door panel.
The rear stop is changed by adjusting the bracket and by removing the rear window seal in the door shell.