How to Strip Automotive Paint on a Budget Using Aircraft Stripper 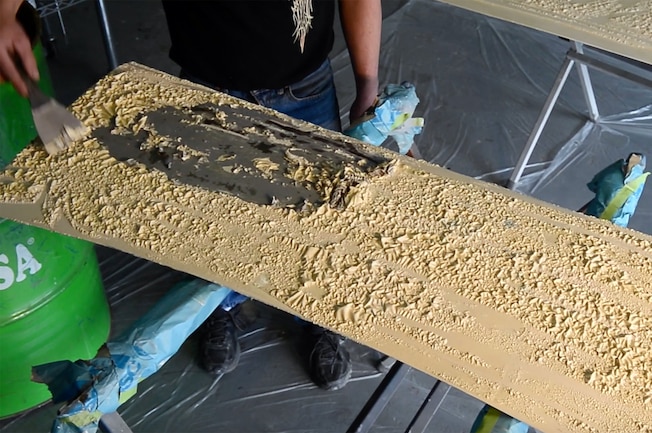 The most expensive part of any car build, nine times out of ten, is the paint job. Not only are the paint and materials themselves pricey, but the real cost lies in the huge amount of labor involved in putting pretty new paint on a car—at least when it’s done the right way.

One thing you can do at home to save some of that expensive time and labor is to do it yourself, but as we’ve learned far too many times in the past, bodywork is hard for a first-timer (or even fourth-timer like your author) to get right, and requires an enormous amount of patience. But at the very least you can deliver your car to the body shop as a blank canvas, without its previous coats of paint. The way to do that is to strip that old paint off yourself, which is easily accomplished in the comfort of your own driveway using inexpensive aircraft paint stripper and lots of elbow grease.

Jerry Heasley recently videotaped Jason White at Jason White Restorations (Hereford, Texas) as he stripped the paint of the deck lid and hood of a 1966 Mustang fastback. As you can see, it’s not that hard of a job and doesn’t take a ton of time. It is, however, really messy and we highly recommend wearing latex gloves while working with aircraft stripper. It burns pretty bad if you let it sit on your skin (but is easily neutralized with water to stop the burning), so do yourself a favor and save the agony.

So check out this video of Jason showing how it’s done.