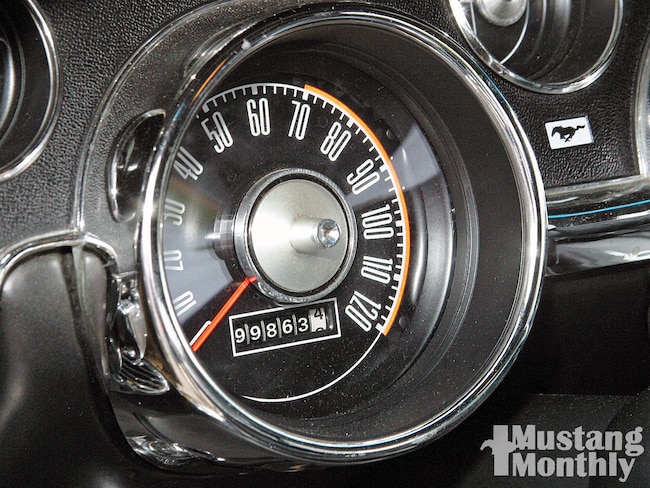 In the May issue, we addressed classic Mustang instrumentation from an electrical system standpoint-temperature, fuel, and oil pressure gauges along with ammeters. But what about the nuts and bolts of the old, time-proven speedometer?

From '65-'93, Mustang speedometers were cable-driven mechanical instruments that worked on the eddy current principal-a magnet whirling around inside a shell attached to an indicator needle. The faster the magnet whirls around inside the shell, the higher the needle goes against mild spring pressure that wants to return the needle to zero. The result is a reading we hope is close to the speed of our Mustang.

Speedometers do wear out over time and mileage, which calls for a professional who knows how to repair them. We will get into that shortly. But what about things you can do yourself? If you're wrestling with a bouncing speedometer needle or one that's completely inoperative, the problem may be your speedometer cable.

Cable function depends hugely on lubrication and plenty of it. When lubrication becomes lean, cables bind and deteriorate, which only makes the problem worse. If the cable has deteriorated to where it is frayed anywhere along its length, it's time to replace the entire cable assembly. Frayed speedometer cables damage the inside of the sheath to create two sources of binding. This is why entire cable assembly replacement is so important to smooth speedometer operation.

When you install a new speedometer cable or service an old one, generously lubricate the cable with a mixture of transmission fluid and lightweight lithium grease. Mix up a modest wad of lithium grease and transmission fluid in the palm of your hand and run the cable through it. You can also use speedometer cable lubricant for this purpose. Run the cable back and forth until saturated with lube. Then, slip it into the cable sheath. It will serve you well for thousands of miles and many years. 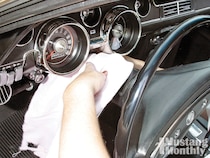 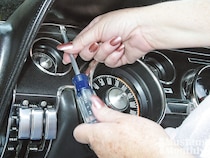 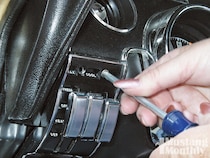 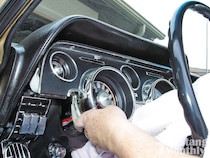 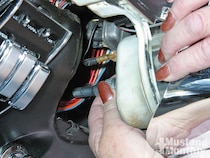