Replacing a nonworking tachometer in a '78-'93 Mustang is easy with basic hand tools.

We always try to make our articles helpful and informative. We think this how-to is exactly that: a useful repair-type examination of a procedure we've never covered before.

The cars we're focusing on are the '87-'93 Fox-body Mustangs; the project is the replacement of a factory tachometer. A '92 LX 5.0 hatchback that recently became part of our stable of Mustangs had a tachometer playing the role of a dead fish. At idle, the tach would read 3,000 rpm. During normal driving, the range on the gauge was only about 3,200 rpm with no accuracy throughout the engine's range of operation.

We'd never seen this before in a Fox Mustang, but it's no surprise as little things on these cars stop working on a fairly regular basis. The solution was to replace the tach with another unit from a donor car. Even with our less-than-spectacular mechanical ability, we tackled the project ourselves. The result was a resounding success, as we did it in two to three hours with no more than a few basic hand tools.

A friend introduced us to a valuable source for used Mustang parts. Midwest Mustang in Lawrence, Kansas, graciously supplied a used Fox-body 5.0 tach that worked perfectly once installed in our car. Keep Midwest in mind for any used parts you might need for '79-'04 Mustangs. 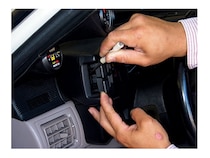 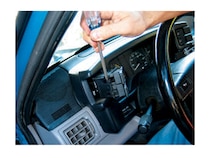 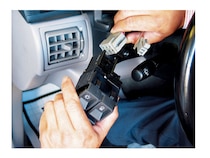 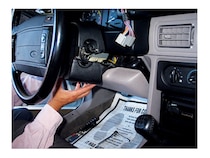 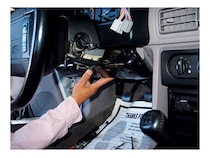 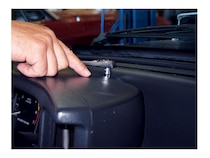 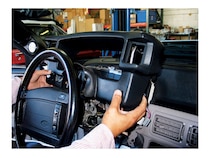 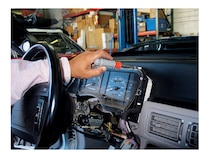 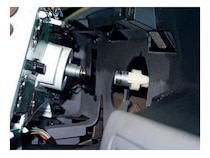