Many vintage Mustang seats are totally worn out. Here's how to rebuild one.

Last month, we began restoring the interior in Ed Zoellner's '72 Mustang convertible, a car that's a father/son project with his son, Kaleb. Those of you who remember that first story may recall that we began with an interior that was as worn out as one can get. Everything needed replacement or refurbishment, and we're continuing on that path here.

In this second installment (the third and final story will show the interior being reassembled), we're focusing entirely on the rebuilding and reupholstering of one seat. Both front seats in the car were in rough shape, and the driver seat being redone here was about the worst we've ever seen.

Upon removal of the completely toasted original upholstery, the expert interior-restoration crew at Mustang Country International discovered the seat-bottom frame was completely rusted and broken in several places. In short, we thought the bottom frame was a hopeless case. But not Mustang Country. The guys there took on this project and welded the seat-bottom frame back together to perfect repair; repainted the seat tracks, bottom frame, and seatback frame; and finished the process by re-covering the seat with handsome new upholstery from CJ Pony Parts (CJPP). In between, Mustang Country installed new seat buns, also from CJPP, put new burlap over the seat springs, and reused the original seat cover's listing wire in the new upholstery.

Be advised that this isn't an easy project. It took several hours to redo this one seat, and we don't have room to detail every step. If the seat frames in your car are in better shape, then figure a day's work for doing two front seats and the rear. Fixing the rat's nest that Mustang Country started with took nearly two days of work to rebuild and re-cover both seats and re-cover the rear seat. If you're good at automotive interior work, then more power to you. Otherwise, you'll need to find a good upholstery shop near you. 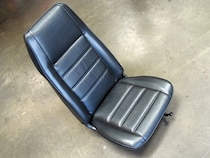 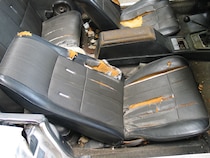 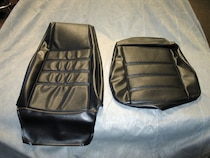 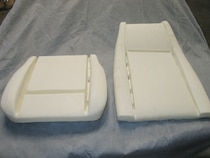 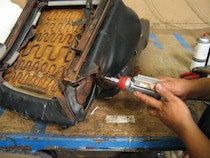 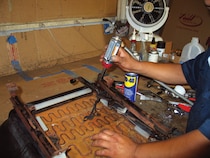 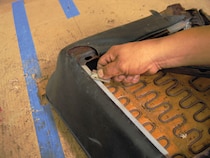 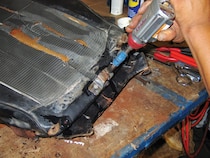 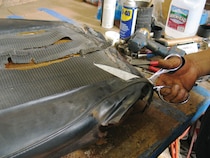 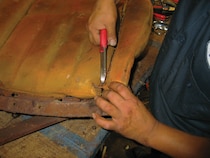 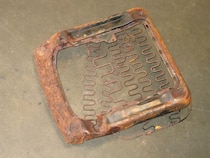 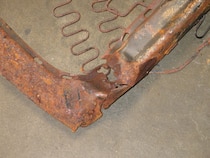