It's no secret that tuning is the most critical element of today's Mustang performance scene. Ever since the 1996 arrival of second-gen On Board Diagnostic technology for all vehicles, manipulating Mustangs' Powertrain Control Modules -- via their OBD-II ports -- has become commonplace.

Over the years, handheld tuners became the standard for gaining access into a Pony's brain. Basically, after creating fuel (volume), spark, and other changes for a modified 'Stang, the device, also known as a flash tuner, is used to upload the new parameters into the processor.

DiabloSport's popular Predator is one of the pioneers of Mustang flash tuners. Originally released in 2000 for EEC-V engine management of '98-up Ponies, the Predator enjoyed a long tenure of service, offering such features as data logging, pre-programmed tunes, and Diagnostic Trouble Code reading, in addition to enabling tuners to transfer custom calibrations.

Despite Predator's long reign as one of the leading flash tuners, time eventually caught up with the unit. By 2011, DiabloSport's catalog listed five separate part numbers for Predators that were specific to late-model 'Stangs of various platforms (SN-95, New Edge, S197, and so on). Add to that its large size, aging technology, and the fact that the devices were make-specific, and Predator fell out of favor with enthusiasts and Mustang technicians.

With competitive tools becoming much smaller and serving a larger range of vehicles -- especially in the Ford family -- it was clear DiabloSport needed to change its tune. That change comes in the form of DiabloSport's all-new inTune (PN i-1000; $389).

The inTune is a smaller, high tech, handheld tool that brings all of Predator's tuning and diagnostic capabilities together, into one all-encompassing tool -- in other words, one part number (i-1000) for every OBD-II vehicle in DiabloSport's coverage range. The device can be used with multiple vehicles, provided the original car's stock calibration is reloaded from the inTune unit before moving on to another vehicle.

As you probably can imagine, we've been anxious to give this new device a tryout, and we were fortunate enough to have Ray Giberson's sinfully stock -- and still new at only 3,500 miles -- '12 Mustang GT at our disposal for this effort. Our exercise involves hopping up Ray's Pony using inTune's on-board 91-Octane calibration for naturally aspirated Coyotes. Everything took place in the dyno cell at Extreme Automotive, and as you'll see in the following photos and dyno data, Saul "The Surgeon" Gutierrez used the new tool to increase the stock 'Stang's rear-wheel steam. 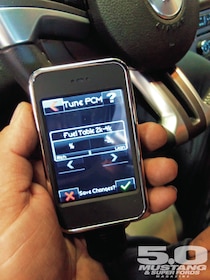 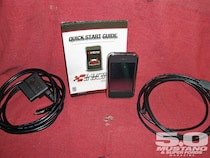 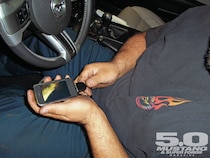 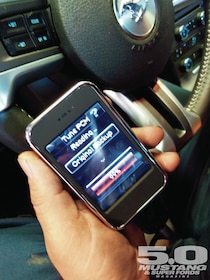 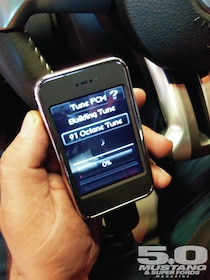 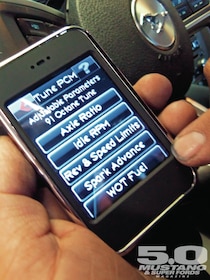