This accessory can be installed on any manually shifted, late-model 'Stang 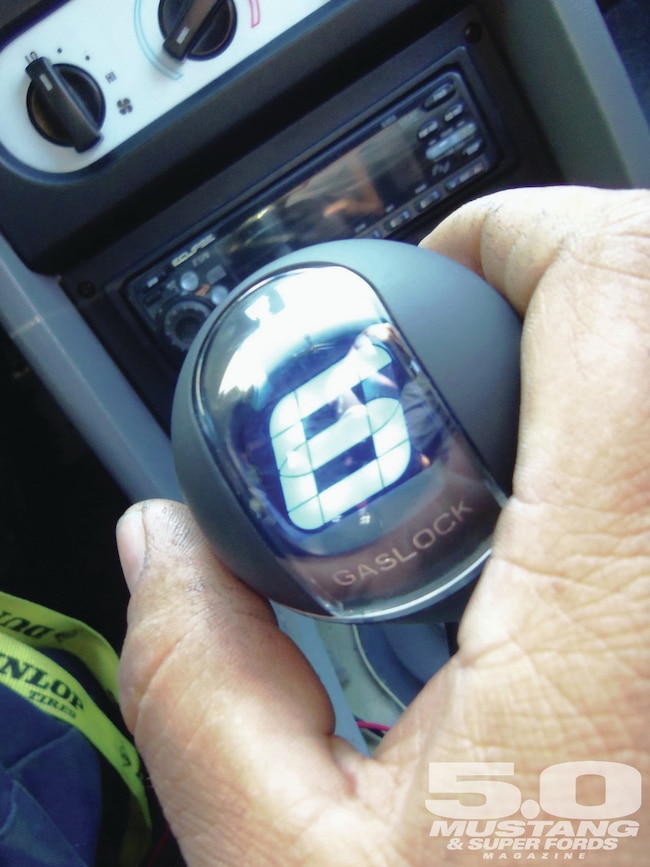 When is the last time you heard about a new accessory that can be installed on any manually shifted, late-model 'Stang? And let's be clear--by the word any, we're talkin' all facets of popular Ponies, from Fox to Coyote. The answer would usually be never. But this month that has changed. We're really excited about the piece we're working with for this issue's Tech Inspection--a cool digital shift knob from AmericanMuscle.com.

The German-made shift knob we're highlighting here (PN 41200; $179.95) is a plug-and-play digital unit that numerically displays the gear that the transmission is in, reminding drivers of exactly where they are in the shift pattern. Yes, there are occasions when even the best gear jammers lose their place.

We're sure you're probably wondering exactly how something like this works. Well, first, and contrary to conventional thought, the shift knob's digital gear display is not controlled by any direct linkage to a Mustang's transmission. Once it's installed and programmed, the digital knob actually determines gear position through two electronic sensors that detect minimal changes in the knob's position. The result is indicated on the display only after a change has been reliably confirmed as a gearshift.

As electronic accessories go, this is a cool one, and we were able to see it being installed and in action during a recent stop at Extreme Automotive in Canoga Park, California. Extreme's resident technician, Saul "The Surgeon" Gutierrez, mated the new shift-knob technology with Morgan Figueroa's supercharged '93 Cobra, which just happens to sport a Tremec T-56 six-speed tranny in the space where a T-5 once resided.

All of the pieces for installation and detailed instructions are included with the digital shift-knob, and as you can see in these highlight photos, putting it on is a simple task. 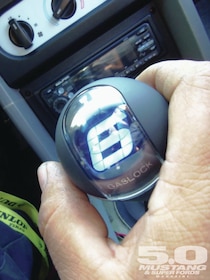 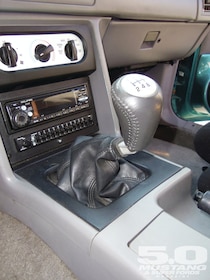 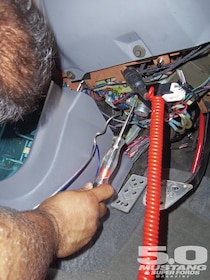 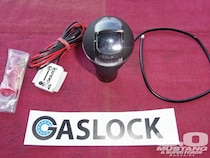 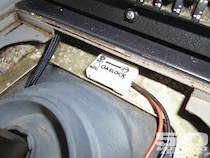 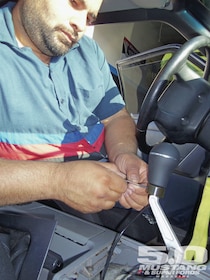 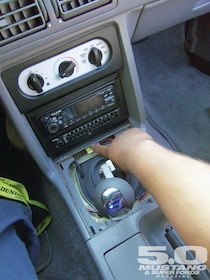 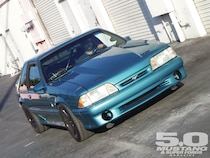