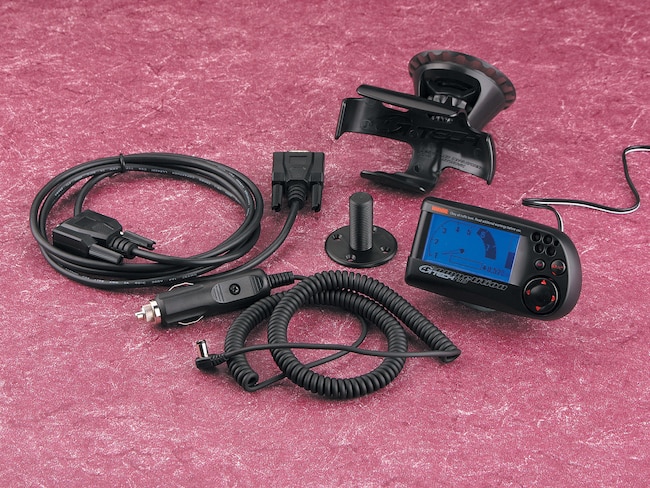 Whenever performance discussions occur amongst friends, the inevitable hard-core numbers of their rides turn out to be the end-all/be-all of the conversation. If you can't prove your Mustang can put the numbers up on the board, you'll get a tongue-lashing. The problem is, not everyone lives within driving distance of a racetrack. Or their local track is only an eighth-mile (and everyone talks in quarter-mile e.t.'s). That's not even taking into consideration such things as 0-60, acceleration, g-forces, braking g-forces, and 60-foot times.

So how can you record these numbers for posterity and verify testing of new performance parts and overall performance of your Mustang without a dragstrip? You utilize the power of onboard performance test equipment. And you don't need thousands of dollars worth of high-end, fifth-wheel devices and laser speed detectors such as what the wine-and-cheese buff books use. No, your answer lies within the small device you see here from Tesla Electronics.

Tesla's Competition G-TECH/Pro performance meter utilizes the latest in technology along with the most accurate three-axis accelerometers, thermal sensors, and rpm sensing (via vehicle voltage readings). This isn't your father's dash-mounted performance computer. The performance meter is designed for accuracy and will test and record all the major performance numbers you can think of.

During the course of building our 3g GT Mustang, we dyno tested our achievements, but we weren't able to test improvements in acceleration, braking, and cornering g-forces. Now we can with the G-TECH/Pro in our arsenal. Since the 3g was down getting its third front fascia replaced (Associate Editor Johnson is never driving that car again!), we hooked up the new G-TECH/Pro to an '03 Mach 1 on loan from Ford and hit the dragstrip at Bradenton Motorsports Park to test the G-TECH's accuracy. At only $249.95, it's money well spent before the bench racing begins. 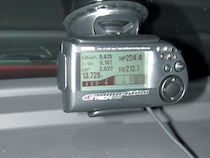 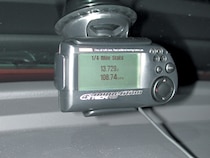