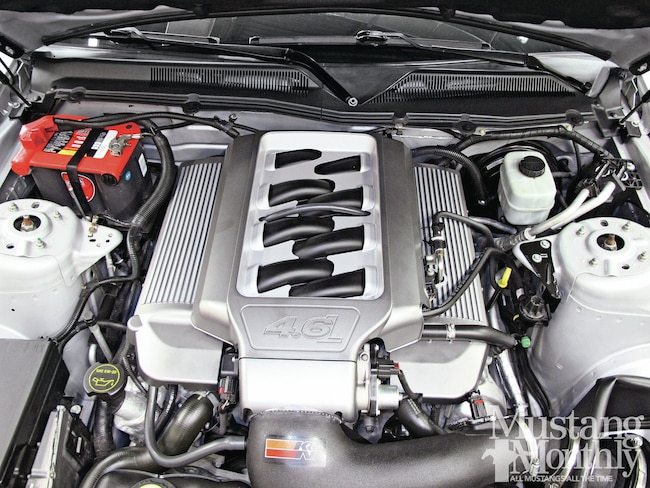 Dressing up the Mustang’s engine these days isn’t as easy as it used to be. Back in the pushrod days, it was a simple matter of a pair of chrome valve covers and matching air cleaner and maybe a braided hose covering kit (wow, that was an ’80s flashback I’m trying to get out of my head). However, with the modern modular engine under the hood of late-model Mustangs, things aren’t quite that simple. Some of the most difficult engine bays of recent memory to make look good include the ’96-’04 4.6L Two-Valve, especially the first-gen setup with coil packs and plug wires criss-crossing everywhere. Sure, there’s some billet doo-dads here and there you can install, and we’ve seen some really creative people reroute the myriad of vacuum hoses and wiring harnesses, but generally you’re in for some hair pulling with these modulars.

All that changed when the ’05 Mustang launched. Whether it was the retro styling or the new Three-Valve modular and its increased output to 300 horsepower, the S-197 Mustang became a sales success. Due to those big sales numbers, the S-197 Mustang has become an “accessory darling” that hundreds of companies have made dress up, performance, and styling parts for. Now it’s easy to dress up the ’05-’10 S-197 Mustang engine bay with easy-to-install beauty covers that enhance the engine’s looks. Even Ford got into the act by adding its own intake cover starting with the ’07 Mustang GT.

The folks at California Pony Cars, who have been providing classic restoration parts for decades, have been stylizing the S-197 Mustang since the ’05 hit the showroom floor. Their intake plenum cover was just released and we couldn’t wait to install one. We also added CPC’s fuel rail covers and throttle body extension for the total package. Check out the install, which took us less than 30 minutes, in the photos. 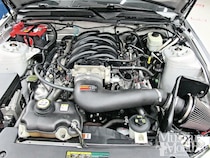 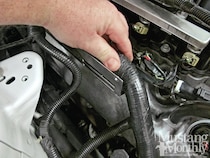 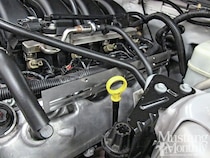 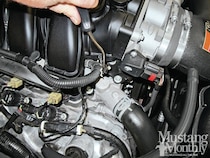 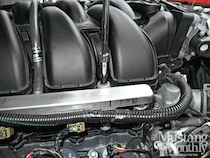 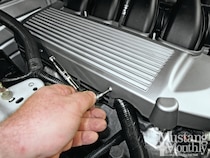 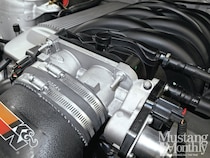 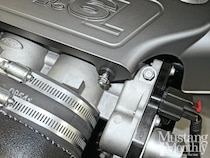 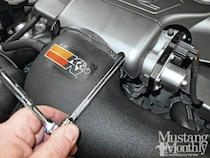