How To - Replace A Fox-Body Exhaust System 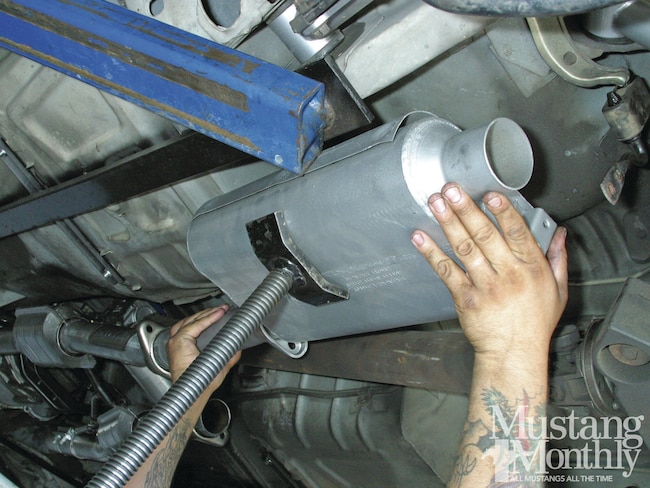 What is it about classic Fox-body Mustangs that makes us want to buy, build, and drive one? For one thing, these good-looking late-model rides are plentiful and cheap because Ford built so many of them from 1979-'93. Unless you have something more specific in mind, such as an '82-'85 GT, '84 20th Anniversary Edition, or the collectible '84-'86 SVO, the most popular Fox-bodies are the '86-'93 fuel-injected GTs and LX 5.0s.

The 5.0 Fox-bodies came with a true catalytic dual exhaust system that, aside from hanger configuration, didn't change much from '86 to '93. In the factory four-cat system, you have two "light-off" three-way cats at the headers. Further back at the crossover, they have more conventional cats on each side that connect to low-restriction mufflers.

If you live in 49 states, your options from Summit Racing Equipment are plenty. However, if you live in California, you are limited by law to the stock four-cat system, which will have to be fabricated by an exhaust shop using California smog legal catalytic converters unless you can find a new-old-stock cat package.

What makes these late-model ponies challenging to build and restore is the availability of parts, which is getting better with time as the demand for parts rises and the system endeavors to catch up. Gil Roiz found his '89 Mustang GT convertible for $500 in a "get it out of my driveway" deal. Although the car needed work, Gil was able to put it on the road for under $1,000. There are a lot of deals like this out there for Fox classics thanks to rough times and a large inventory of good buys looking for new homes.

In the July issue, we installed a Centerforce Dual-Friction clutch in Gil's 5.0L GT convertible. This month, we're going to get Gil into a new dual exhaust system from Summit Racing Equipment, which consists of a 49-state legal BBK catalytic converter package and the Flowmaster Force II cat-back system with Series 50 Delta Flow mufflers. At the engine, we're adding JBA shorty headers that are ceramic-coated for good looks and durability. This is a project you can undertake in your home garage in a matter of hours. 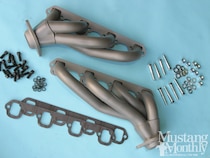 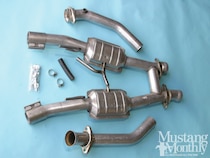 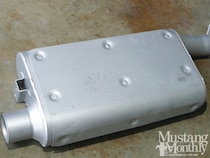 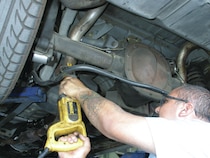 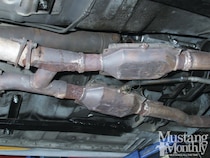 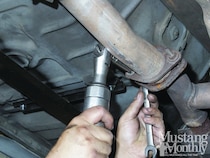 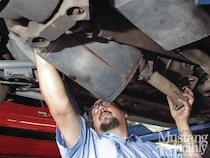 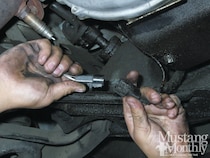 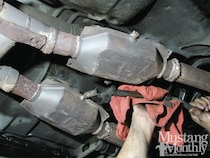 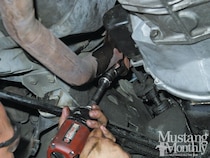 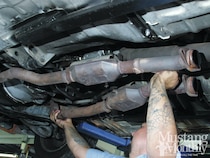 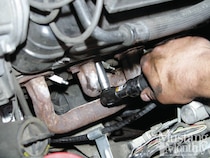 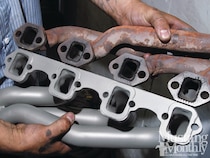 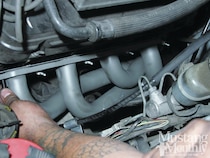 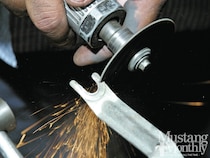 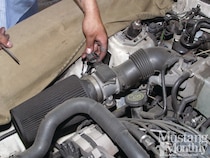 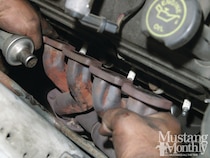 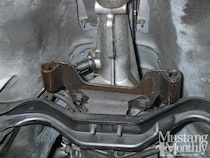 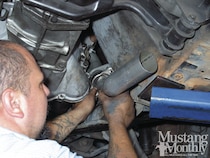 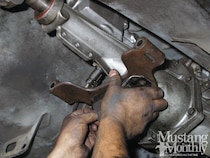 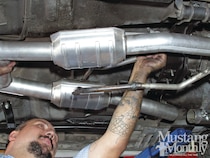 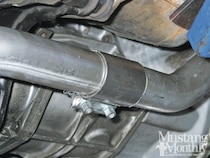 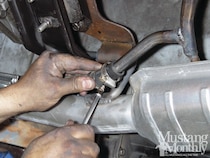 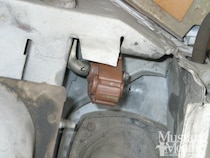 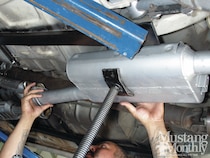 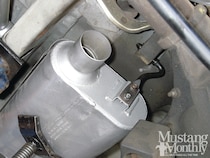 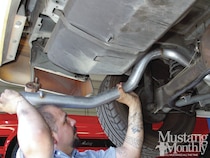