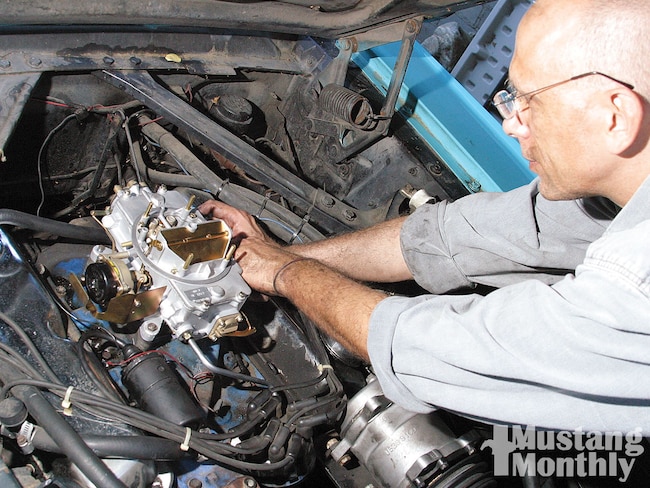 If you're a classic Mustang veteran, you've seen your share of carburetor swaps. Over the years, many original Autolite 4100 and 4300 carburetors have been replaced by any number of aftermarket carbs, primarily the venerable Holley four-barrel. Holleys have provided dependable performance for over five decades, and they are still one of the most popular replacement four-barrels for vintage Mustangs. But what if you're a purist who wants to return to the Mustang's original fuel system?

Because the Autolite 4300, an emissions carburetor, quickly proved unpopular when it replaced the 4100 in 1967, many were replaced by Holley carburetors with their improved performance and solid dependability. The older Autolite 4100, based loosely on the Holley (power valve and accelerator pump design), sits on the same foundation as the Holley four-barrel. In fact, the 4100, depending on how you size it, offers the same performance features (and power) as a comparable Holley 4160. In other words, a 600-cfm Autolite 4100 will deliver roughly the same performance as a Holley of the same size.

We came up with the idea for this article when Thomas Voehringer wanted his wife's '64 1/2 convertible, which has been in her family since new, brought back to factory original condition. What bugged him was the old Holley replacement carb, installed years ago by his father-in-law, on top of his D-code 289-4V engine. That's when we called Jon Enyeart at Pony Carburetors. Jon knew exactly what type of Autolite 4100 to build, right down to configuration and the carburetor identification tag. Jon specified a C4GF-AE or C4AF-C Autolite 4100 with 1.08-inch bores and automatic choke for a '64 1/2 with four-speed manual transmission. 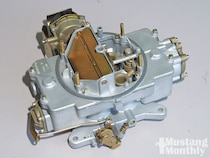 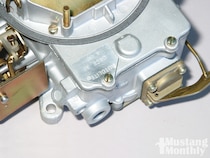 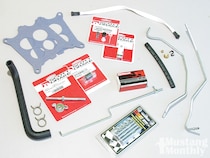 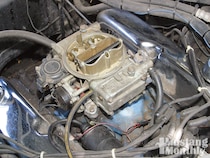 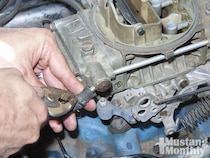 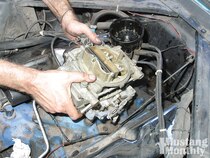 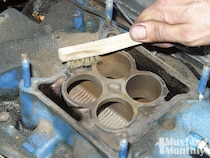 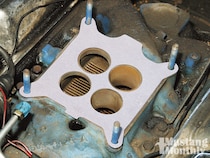 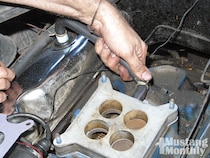 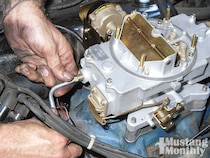 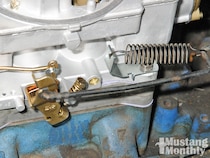 The Right Stuff
Few people know more about Ford carburetors than Jon Enyeart of Pony Carburetors. Jon's passion for fuel metering systems became his profession nearly three decades ago when he founded Pony Carburetors back in Western New York. These days, Pony Carburetors is located in Las Cruces, New Mexico. If you're searching for the correct factory carburetor for your application, Pony Carburetors can help with outstanding restorations, rebuilds, parts, and cores.

To get started on the right hoof, begin your effort with Jon's 1955-1973 Ford Carburetor Guide, which is filled with detailed information that will enable you to identify the carburetor you need for your classic Mustang. Once you're armed with the correct information, get on the horn to Pony Carburetors and chat with a carburetor professional who can get you set up with the correct atomizer. You can also visit their website at www.ponycarburetors.com for more specific information.

What's This Thing Do?
Ever wonder about carburetor parts and what they do? There are no unimportant parts. Each is there for a specific purpose. Carburetors are fitted with certain components that work in unison with specific applications. For example, an anti-stall dashpot slows throttle closure should you come off the gas and brake suddenly in a Mustang equipped with automatic transmission. You won't see an anti-stall dashpot on a manual transmission car. Ever heard of a hot-idle compensator? Looking like a grasshopper, it creates a vacuum leak to raise idle speed when engine temperature gets out of hand.