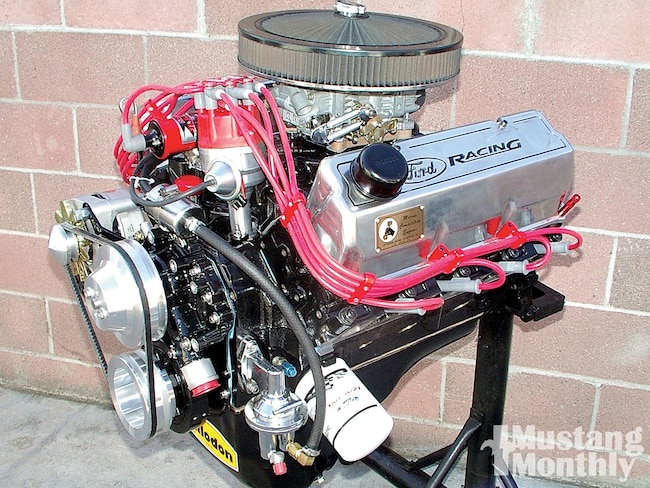 Part Two in a Two-Part Series
Last month, MCE Engines invited us into their shop to share in the rebuild of Craig Moore's '72 vintage 351 Cleveland four-barrel engine. Expecting the worst, MCE's Marvin McAfee was fortunate to end up with a salvageable block that could get by with a 4.030-inch bore cleanup. Marvin really didn't want to take it to 4.040 inches, which would have disturbed the calculated compression ratio and made the block a loss the next time around. This month, we're going to get into how Marvin built this 351C into a terrific street engine that combines performance and durability.

There are a couple of directions you can head with a 351C, or even the 351M and larger 400M, which were never available in a Mustang but can be installed in one. The tall-deck M-series Clevelands were conceived to replace FE big-blocks in full-sized Fords, Mercurys, and F-Series trucks. The 400M first appeared in 1972 to replace the 390 in big Fords and Mercurys. In 1975, Ford axed the 351C for cost reasons and destroked the 400M to 351 ci to create the 351M. The M-series engines have a 429/460 big-block bellhousing bolt pattern along with a taller deck block, which doesn't make them a very good substitute for the 351C in a Mustang.

When Craig's 351C arrived at MCE Engines, we were stunned to find Boss 302 heads on the Cleveland four-bolt-main block. They work on a 351C with proper water passage modifications, but they were a waste of early (C9ZE, December '68) Boss 302 castings (many '69 Boss 302 owners would love to have them!) when 351C-4V heads or even Australian Cleveland heads would have been a better choice without modifications.

When we suggested Marvin find a set of 351C-4V heads or the desirable Aussie heads with 4V chambers and 2V ports, he looked over his glasses at us and went back to work. There was no time for such a search. He was on a tight timeline to get this engine finished and back to the customer. The Boss 302 heads have all the same attributes as a Boss 351C head, and that's how Marvin saw it.

MCE Gotcha Chair Dyno Estimate
MCE Engines has a formula here for success on the street and racetrack. Torque begins to come on strong at 2,500 rpm and pulls like stink through 4,000 when it passes the torch to horsepower at 4,500 rpm. At wide-open throttle, horsepower runs with this street engine, maintaining the Cleveland's reputation for power. This isn't a 500-horse monster mash, but instead a reliable street engine with a lot of grunt, which will allow Craig Moore to smoke his skins aggressively on Main Street, yet be able to make the morning commute. 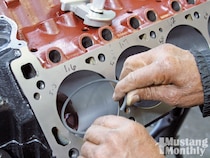 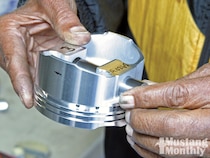 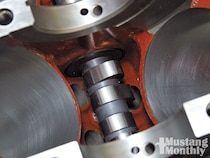 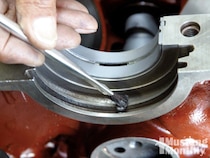 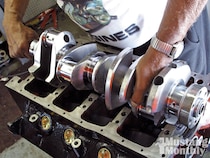 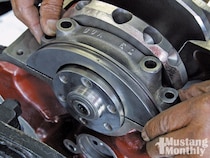 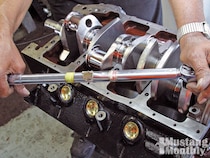 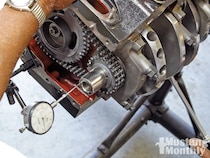 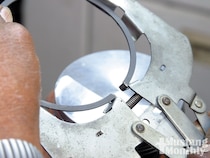 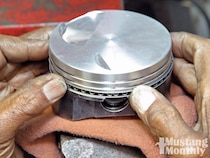 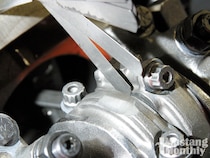 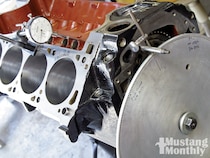