How To Install An Aluminum Radiator 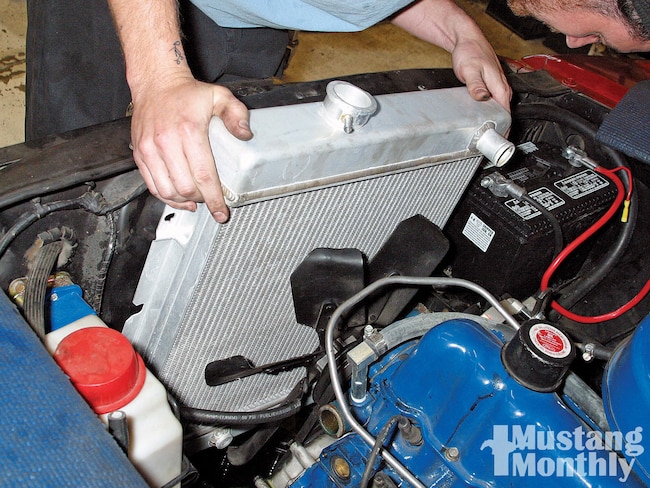 Classic Mustangs have long suffered from cooling system woes because there was never enough cooling capacity in the first place. Even when these cars were new, they ran on the ragged edge of overheating in hot weather because their radiators were inadequate. Mustang radiators typically contained a two-row core, which didn't transfer enough heat. When an engine makes more heat than the radiator can remove, temperatures rise fast. A two-row core radiator has enough problems new. When you add rust particles and scale, cooling capacity is reduced even more and things get hotter.

Although Scott Drake Reproductions is well-known for its concours reproduction parts for vintage Mustangs, the company also produces high-quality aluminum radiators for both six-cylinder and V-8 Mustangs. Like original radiators, these aluminum versions have a two-row core, but they contain large tubes with a lot of heat conduction surface area. Fit is near perfect, with some minor modification possibly required.

We dropped in on The Mustang Shop of Arizona in Chandler, which was installing two of these radiators in '66 Mustangs, one with a six and another with a 289 V-8. 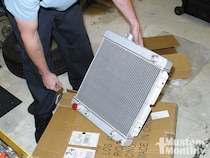 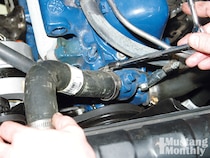 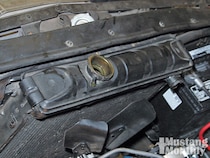 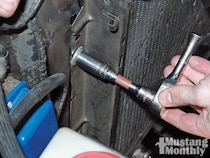 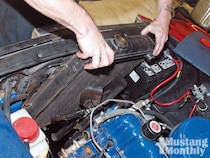 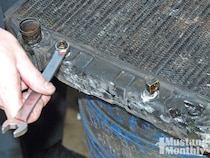 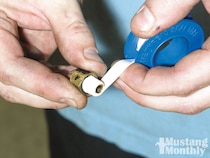 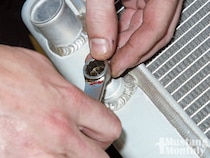 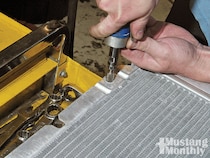