How To Install an Electric Fan In Your Mustang

The Spal Electric Fan Is A Low-Profile Powerhouse

Whenever a Mustang's engine is modified to make more power, the demand on the cooling system increases. More power means more heat, and the limitations of the stock Mustang cooling system can soon become apparent. Marlon Mitchell from Marlo's Frame and Alignment has a '66 Mustang coupe with a built 308-inch small-block. During the summer he runs into some serious heat in So-Cal's San Fernando Valley. Problems can arise with the limitation of the stock radiator capacity and the limited ability of the original cooling fan to move enough air.

The SPAL kit includes steel mounting straps, a big improvement over plastic ties that must travel through the radiator core to attach the fan. The relay, wiring, and temperature sending unit are also shown. The 14-inch-diameter fan (PN 30102041) moves 1,623 cfm of air, and the motor has a 10,000-hour life span.

The OE radiator has been replaced in Marlon's '66 with a high-performance aluminum unit, so that aspect of the cooling quandary has been addressed. It's 4 inches thick, so it has pretty much reached the limit for core thickness before air travel is impeded. At idle, a mechanically driven cooling fan only turns as fast as the engine, so when heat circumstances conspire against the car, there's no reserve air movement to fall back on. Revving the engine to increase fan speed in an attempt to cool the engine just makes more heat. What's needed to complement the radiator is a powerful electric fan that works at full speed, regardless of engine speed.

The SPAL electric fan we installed on Marlon's car fits this description perfectly. It's a low-profile unit, so interference with pulleys isn't a problem. The SPAL unit includes a complete electrical harness with a relay and detailed instructions. While the fan is thermostatically controlled, it can also be equipped with a manual override. For air-conditioned cars, the fan turns on anytime the A/C is activated.

The SPAL fan also has a closely fitted built-in shroud to channel airflow. This will be a considerable improvement for those with an open radiator on all sides. Furthermore, an electric fan frees up the power used to drive the mechanical fan. Make sure your battery and alternator is up to the task and you'll enjoy the peace of mind that comes with the extra cooling protection of SPAL's electric fan. 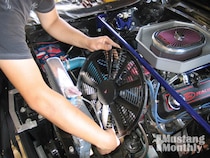 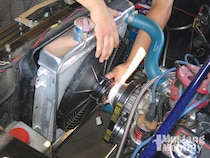 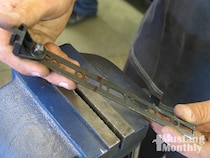 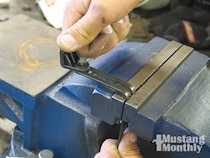 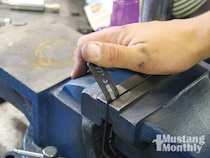 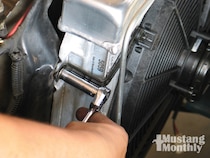 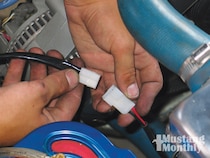 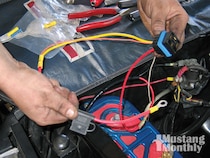 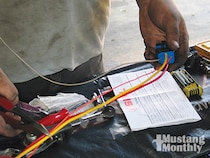 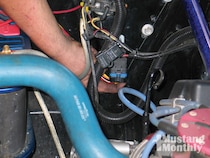 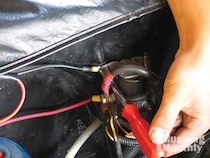 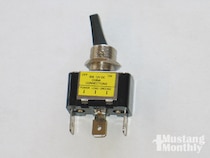