Classic Ford Mustangs - How To Install An Aluminum Radiator

Improve Your Cooling Capacity With A Griffin Aluminum Radiator 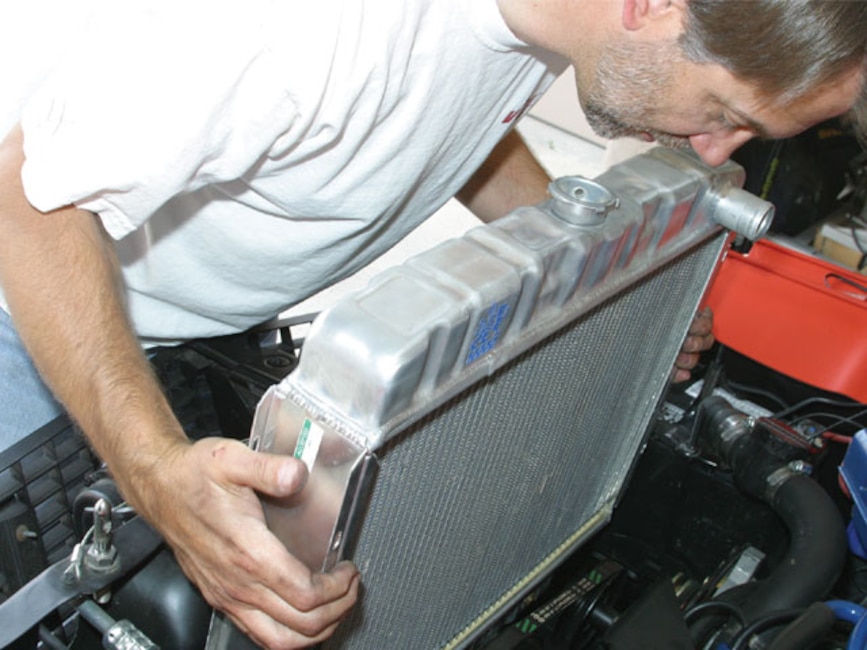 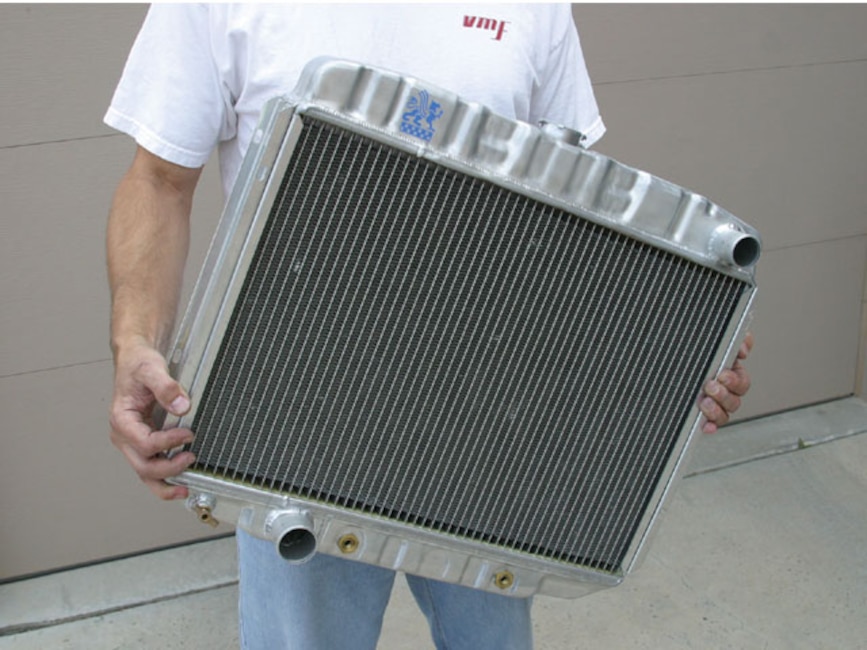 This is the 24-inch Griffin aluminum radiator for '67-'70 Mustangs with FE big-block power.The radiator provides unequalled capacity, pulling more heat out of your engine than a stock 2-3-row copper/brass radiator. You still need a fan shroud for proper cooling with the fan positioned so half of it shows. 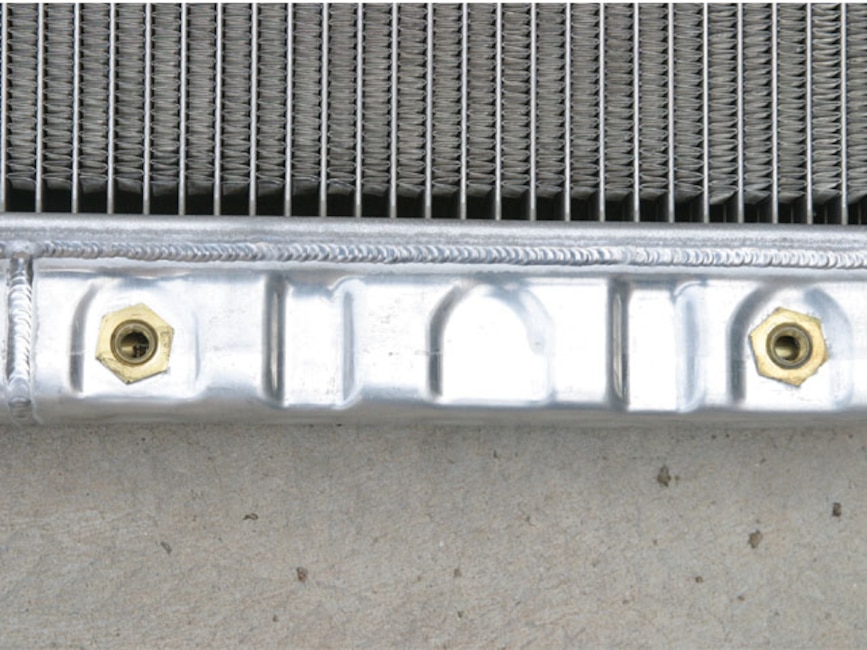 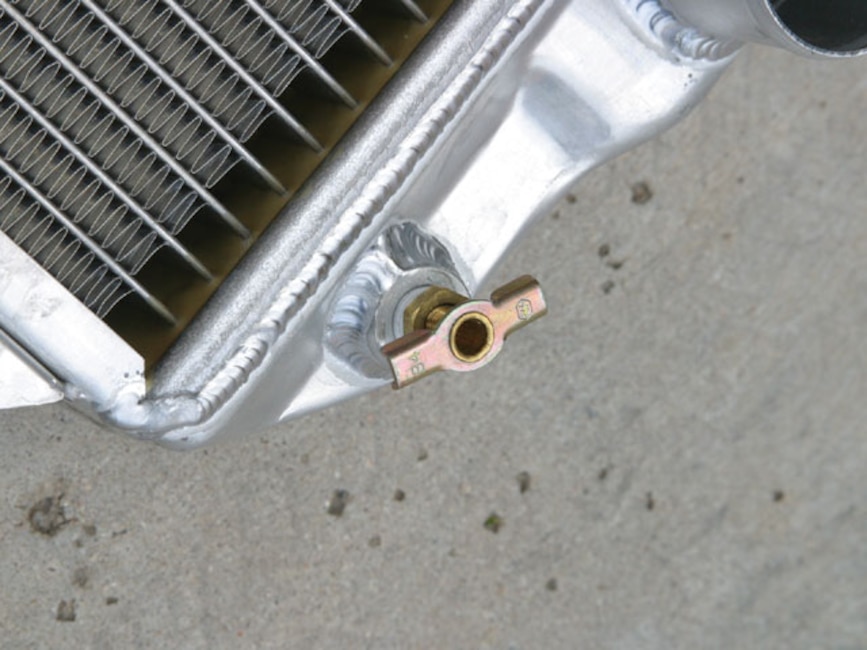 Classic Mustangs have always struggled with cooling issues, especially big-block cars, due to small engine compartments and limited flow through the grille coupled with under-capacity and vertical-flow radiators. It wasn't until the late '70s that Ford began to address Mustang cooling-system woes with good cross-flow radiators and greater capacity. Those with '79-'04 Mustangs have rarely been concerned with overheating because Ford did a pretty good job in those years.

Choosing the right radiator depends on how you intend to drive the car and how much power you have under the hood. High-horsepower strokers, for example, need heavy-duty cooling capacity to carry away all that heat. Even stockers need four-row core desert-cooler radiators, which offer ample cooling capacity for just about any Mustang application.

We're installing a Griffin aluminum radiator in a '69 Mustang GT convertible with a 390 High Performance V-8. The car is in Tucson, Arizona, a place legendary for its searing heat and summertime monsoons that bring unbearable humidity. It's not uncommon for the mercury to reach 120 degrees F with a blazing sun unmatched anywhere short of the Middle East.

Overheating Issues
A new radiator will only solve part of the problem if you have other issues in the cooling system. Belt slippage is a sneaky overheating gremlin because it isn't always apparent. Make sure your belts are solid and tight.

Another overheat issue is a lower radiator hose that collapses on the open highway. As the engine demands more coolant flow at higher revs, the lower hose tends to collapse from the heavy rush of coolant flow into the block. Make sure you have an anti-collapse coil spring in the lower hose.

Removing the thermostat to solve an overheating problem is not only foolish, it's stupid. Do not remove the thermostat. Run a 180-degree thermostat and check it for proper operation. Inspect coolant flow through the radiator when the engine reaches operating temperature. Use a 7-pound cap on your classic Mustang, not a 12-14-pound cap.

Coolant recovery systems are a great idea because they allow room for coolant expansion when hot, then release coolant back to the engine when cool. If originality is important to you, hide the reservoir in a location you can reach.

Cooling Additives
There are plenty of additives advertised to eliminate cooling-system problems. The only additives you should use are water wetters, which improve the cooling capacity of your coolant mix. Never use stop-leak additives. They may stop leaks, but they can also clog your cooling system and create hot spots in the engine.

Thoroughly flush and service your cooling system every two years regardless of how often you drive the car. Antifreeze has a service life of about two years at the most. After that, the corrosion inhibitors start to degrade. What's more, heat and combustion byproducts get into the coolant and create acids and other contaminants. Flush and fill every two years.

Evans non-aqueous coolant is expensive, but it never has to be replaced. Once installed, you never have to sweat cooling-system service again except to replace hoses every 4-5 years.