How To Identify Vintage Mustang Distributors

Distributors for classic Mustangs are getting harder to find. Here's how to spot the right one for your Mustang. 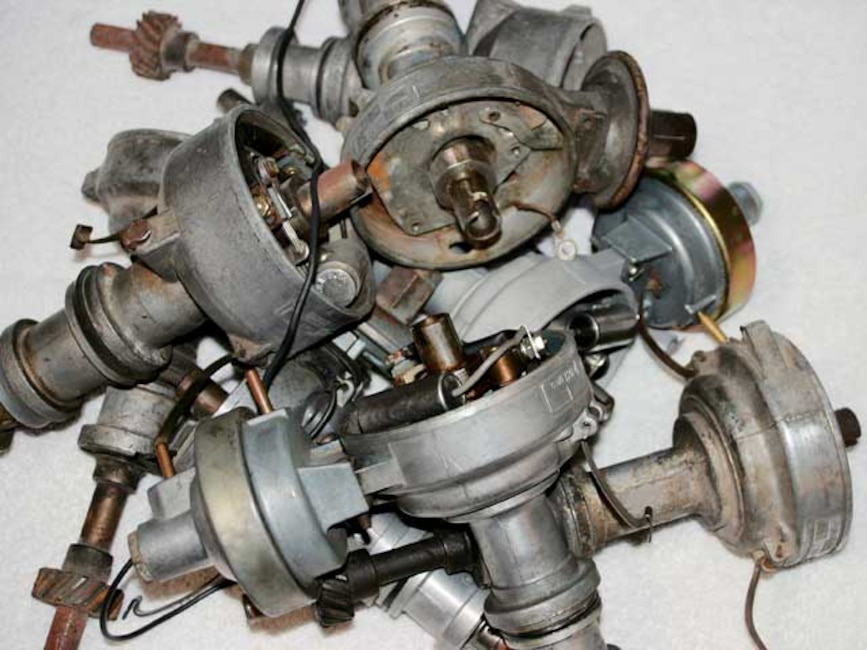 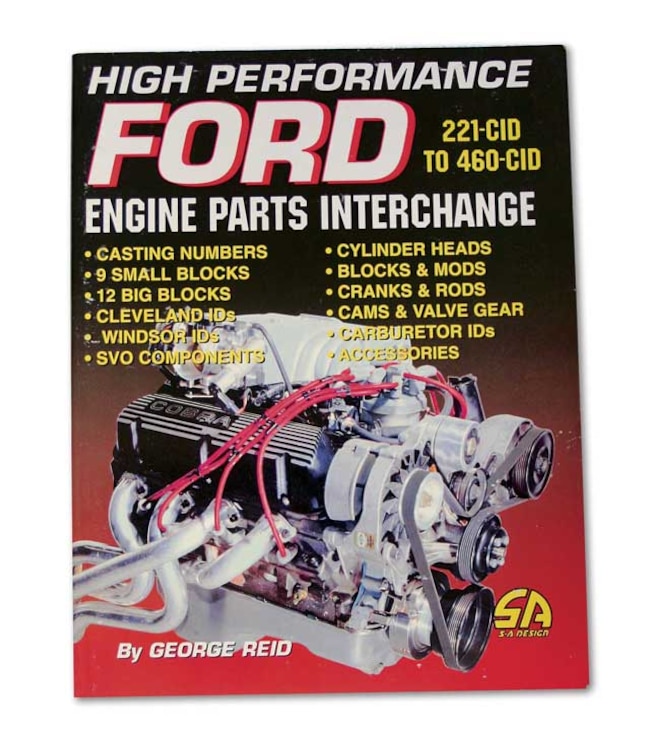 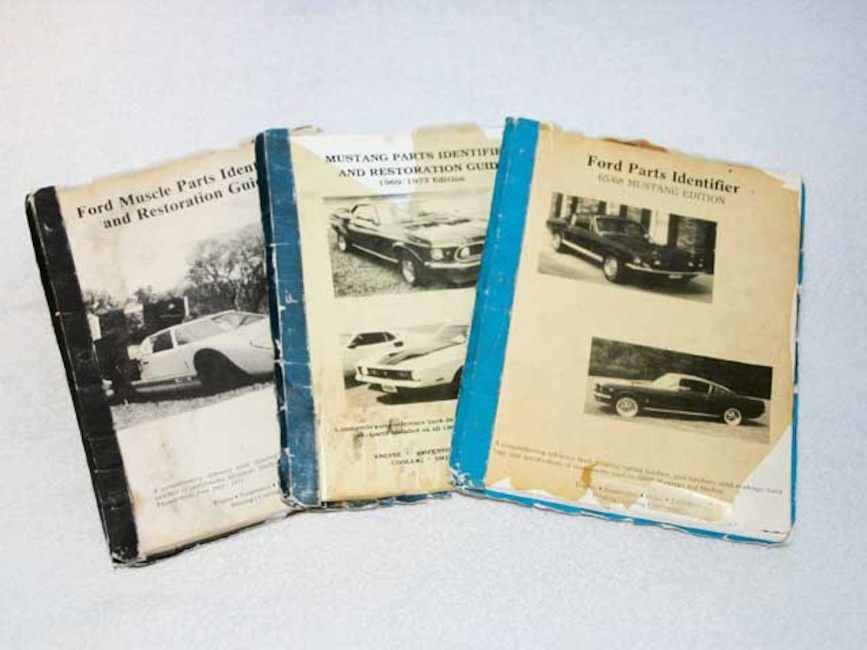 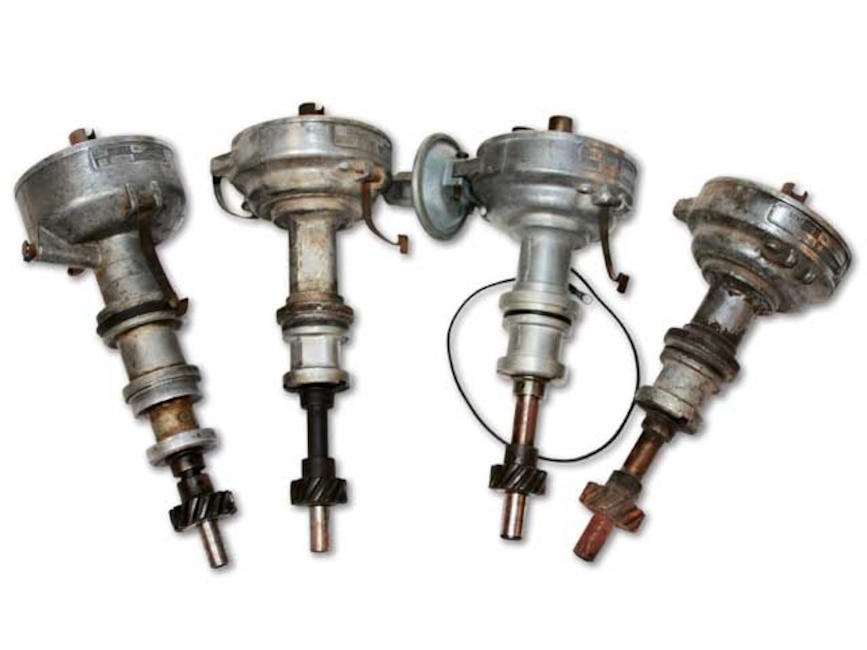 Here are the four most common types of vintage Mustang distributors. From left to right, '641/2 FoMoCo with oil access--this particular unit is for a 427, but it's similar to the small-block versions used in Mustangs, '65-early '67 FoMoCo, late '67-'71 Autolite, and '72-'73 Motorcraft. 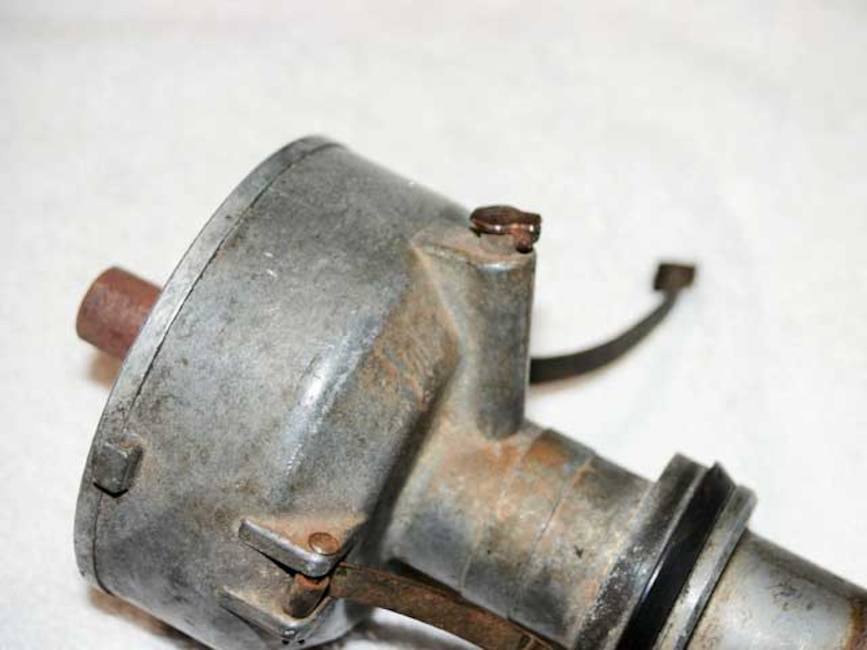 Distributors used in '641/2 Mustangs, those built prior to Ford's 1965 production change-over, included this oil access hole and cap for lubricating the distributor shaft. Later distributors do not have this hole.

A couple of months ago, while replacing a worn-out 289 with a Smeding Performance 347 stroker small-block for the Nov. '05 article "Replace a 289 with a 347," we found ourselves in need of a replacement distributor. No problem, we thought as we headed down to the local AutoZone. But there was a problem, as we discovered when the counterman whipped out a rebuilt distributor from an '80s 5.0L.

At first glance, these later-model distributors look similar to vintage small-block distributors, and in fact, they will drop in and work with an older 289 or 302. But on closer inspection, we noted that the newer distributors have several differences, most notably the square opening for the wiring grommet. Granted, you can make it work with the round grommet used for vintage Mustangs, but we preferred a round opening for the proper harness/grommet fit--as well as the resulting neater appearance--with our PerTronix Ignitor kit. In addition, a vintage distributor would assist with our goal of a factory-engine appearance.

A quick call to Mike Ulrey was all it took to locate a rebuilt '66 distributor, but the process started us thinking, how do you recognize vintage Mustang distributors? Fortunately, Ulrey had the answers.

Of course, from '641/2-'66, all V-8 Mustangs were small-blocks. But in '67, the big-block was added to the Mustang's engine lineup, resulting in the need to recognize small-block and big-block versions. Thankfully, they are easy to differentiate. Small-block and 429 distributors have two cast rings, as Ulrey calls them, on the shaft portion of the body, while FE big-blocks have three. Also, note that 289/302s (including Boss 302) and FE big-blocks have a small shaft, while 351 Windsors, 351 Clevelands, and 429s have a larger shaft.

All vintage Mustang distributors used a cast gear on the end of the shaft. When using a vintage distributor in a 5.0 or other late-model engine with a billet-steel camshaft, the cast gear must be replaced with a billet steel gear.

Ulrey also notes that all Mustang V-8 distributors used a long bushing for the top of the shaft. From '641/2 to '68, the distributors also utilized a smaller lower bushing, which was discontinued in '69, most likely for cost reasons. This led to early failure for many distributors. All distributors rebuilt by Ulrey come with the lower bushing for added stability and durability.

The vast majority of Mustang distributors were of the single-point variety. Dual-point versions were used with performance engines like the 289 Hi-Po, Boss 302 and 429, 428 CJ four-speed, 429 CJ, and some four-barrel 351 Clevelands, including the Boss and HO. As you might expect, those distributors are rare and very valuable today as a result.

In this comparison, note the difference between small-block/429 and FE big-block distributors. The FE version on the left has three cast rings on the body's shaft, compared to two for the small-block/429-style distributor on the right.

From '64 1/2-'68, Mustang distributors had a pair of shaft bushings: a long one at the top and a short one at the bottom. In 1969, the lower bushing was discontinued.

High-performance distributors, like this Boss 429 version, used dual points as opposed to the single points found in most Mustang engines.

The '65-'67 289 Hi-Po distributors feature centrifugal advance so they don't have a vacuum diaphragm. However, nearly every other Mustang distributor used vacuum advance. Early on, single diaphragm units were used, with dual diaphragm added to most engines in '68 to assist with emissions. FE big-blocks with automatic transmissions continued to use single diaphragms through '70.

All Mustang production and service distributors have a casting number and date code, both of which help to identify the units. The casting number identifies the distributor right down to its specific application. For example, casting number C5GF-12127-A (the 12127 is cast into all distributor bodies, while the C5GF and A are stamped) indicates a unit that was originally used for a '65 Mustang with the 289 four-barrel engine and four-speed manual transmission.

To identify the application for model year, car line, engine, carburetion, transmission, and even emissions equipment in some cases, there were hundreds of different casting numbers for Mustang distributors. To decode them, use a cumbersome Ford Master Parts Catalog for your Mustang's year, or simplify matters by ordering a copy of the High Performance Ford Engine Parts Interchange from Cartech or one of the Ford Parts Identifier manuals from Warner-Roberts Products. Those books include identification numbers for many Ford parts.

The three or four-digit date code stamped below the casting number identifies when the distributor was produced. For '641/2-'67 FoMoCo distributors, the first number is the year (5 equals 1965, and so on), the second digit is a letter for the month (A for January, B for February, and so on, with the exclusion of I), and the third digit is a letter for the week of the month (A is the first week, B for the second, and so on). The later Autolite and Motorcraft distributors follow the same pattern for the first two digits, but the last digit or digits indicates the day of the month. For example, an Autolite distributor with date code 8M11 was produced on December 11, 1968.

Unless you're preparing a vintage Mustang for concours competition, the date code and even the casting number is not that important. However, if you want a vintage appearance and the correct access hole for your factory wire or PerTronix harness, this guide will help you find the right distributor.