How To Install a 5.0 Exhaust System

From headers to tailpipes, we install and dyno-test a complete exhaust system on a '95 5.0 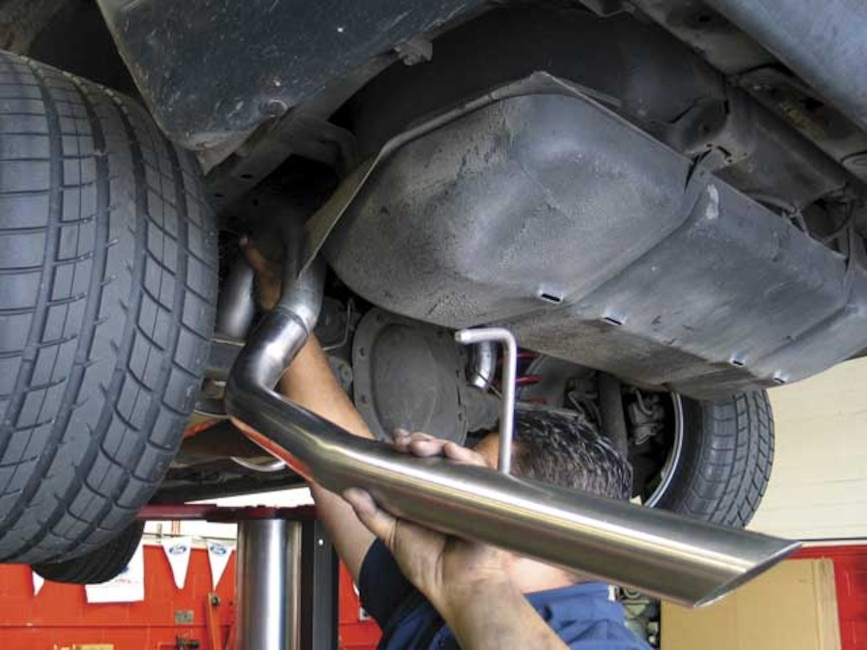 The installation of a DynoMax after-cat exhaust system was only part of our complete exhaust-system upgrade. The shop techs at X2C Motorsports also installed BBK headers and a BBK X-pipe. The entire package is available straight from California Mustang's warehouse. 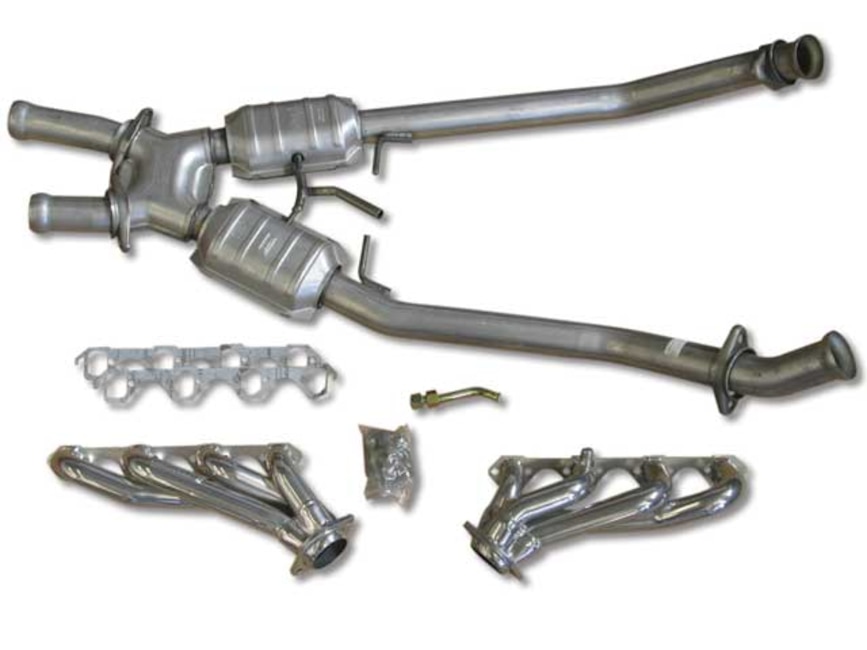 BBK's 1 5/8-inch shorty headers come complete with new gaskets and header bolts. They're available ceramic-coated, as shown here. The X-pipe includes related hardware and is ready to install. Be sure to specify what year car you have, since there are differences in the pipes for '86-'93 and '94-'95 5.0s. DynoMax's after-cat exhaust systems for Mustangs are staples in the exhaust aftermarket. We've had them on numerous cars over the years, including a 347-powered Fox 5.0, and we love the sound. Muffled nicely with the two-cat X-pipe, the DynoMax mufflers have a mild and mellow tone that still has a throaty 5.0-style sound when the gas pedal is tickled. The complete setup includes the tailpipes, mufflers, and mid-pipes that connect the mufflers to the X-pipe. Muffler clamps and hardware are also included.

One of our friends recently traded his '01 Mustang GT Bullitt and supercharged '65 Mustang coupe for a '74 DeTomaso Pantera--the fantastic Ford-powered, mid-engine Italian exotic you rarely see these days. However, once that transaction was complete, he was left without a daily driver to commute back and forth to work as a county sheriff's corrections officer.

Still an avid Mustang lover (even though he now owns that radical Pantera), his dilemma was solved in the form of a creampuff '95 Mustang GT coupe he scored for the screamin' price of $5,200. And since the car was 100 percent stock, it serves as the ideal subject car for a series of sensible but effective upgrades that will make it more fun to drive on the street.

Since our buddy's SN-95 5.0 also represents the final year of pushrod 5.0 production, it's an even more interesting car to work with. We decided to begin with the installation of a complete exhaust system, which in our case included a set of BBK shorty headers, a BBK two-cat X-pipe, and a DynoMax after-cat exhaust that includes mufflers and tailpipes, all of which are available from California Mustang. A solid, well-proven combination that resulted in a mellow but still authoritative tone, we also wanted to test the setup on a dyno to see what power gains might be achieved even though the car was otherwise bone stock (see sidebar).

There were issues with the car that had nothing to do with the parts we installed, so our results weren't what one would expect. But we pressed forward, knowing we could correct the car after the system was installed.

Furthermore, we had the pleasure of working with X2C Motorsports, a competent late-model Mustang performance shop in the Los Angeles area. The techs at X2C made it look easy, having the whole system on the car in well under four hours, even though we stopped them often to photograph the installation. 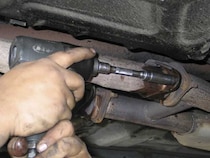 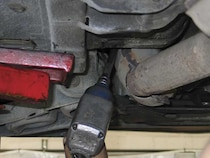 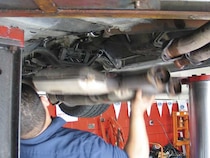 The original idea behind this how-to was to show what a good-quality exhaust system would do for power improvement on a stock but well-maintained 5.0. Our intentions were honest and the BBK and DynoMax components are certainly worthy of any enthusiast's consideration. The problem was, our test car was a dog and way down on power long before we installed any parts. We didn't have the time to troubleshoot the car before our scheduled baseline dyno-testing on the Los Angeles Performance Division's Dynojet.

This '95 5.0 was detonating on 91-octane pump gas with only 9-10 degrees of initial timing, which was the root of the problem. To keep the engine from detonating into oblivion on the dyno, we had to run the timing at a seriously retarded 8 degrees initial with 91-octane gas.

By the time you read this, the owner will have likely solved this issue. Something was definitely amiss since we were forced to have the timing so retarded that the car made only 172 hp at the rear wheels for a baseline, when we would've had at least 190-200 hp to start with using 10-12 degrees of initial timing. Even though the car was that far off, the exhaust system was still worth 12hp peak improvement at the rear wheels.

We told the folks at BBK what we experienced. They surmised the exhaust system on a healthy car would be worth a solid 20 hp or more at the wheels. We agree, and the exhaust system, combined with other airflow improvements such as an intake manifold and cylinder heads, will make a bigger difference as you climb farther up the horsepower ladder. When this car is fixed, we plan to retest it and report the results to you in a future issue.