Vintage Ford Mustang Starter Rebuild - How To: Rebuild Your '65-'73 Starter

You jump in, hit the key, and you hear an odd zinging noise

It's a blissful Saturday morning-not a cloud in the sky, birds are singing, and you've decided that it's a good day to take the old steed out and stretch its legs a bit. You gather up the keys, the wallet, and the spouse, while heading out to the car. You jump in, hit the key, and you hear an odd zinging noise that's not the normal sweet music of a Ford starter cranking away at the flywheel of your Pony. Just in case it's a fluke, you twist again. Same thing. Not good. Now you're looking at spending the morning-at the very least-removing and replacing the big, heavy black cylinder that makes the engine start. Sigh.

As you pull out the starter, you're startled to see that it's marked with Ford part numbers. Glory of glories, not only does it have the correct part number, but it's also the correct date for your car. Now what? Well, you can do as we did and break open the old thing and find the problem and actually replace all the components therein. Why, you ask? Well, the satisfaction of doing it and the ability to be able to say "I did it." Oh, yeah, it's cheaper than buying a rebuilt one. Now get on down to NAPA and get those parts!

Parts List
Sadly, most parts counter help today won't be of much assistance. Ninety-nine percent of the counter people who you'll deal with will probably think you're mad for wanting a kit. So give them these numbers. 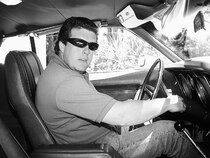 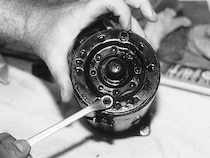 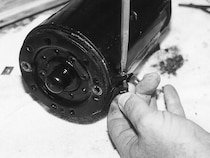 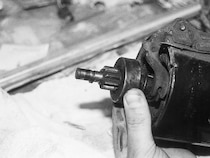 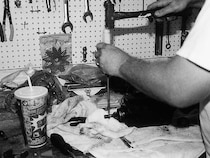 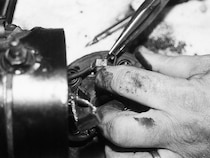 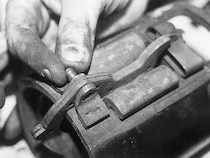 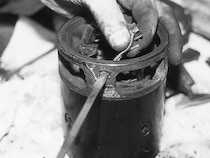 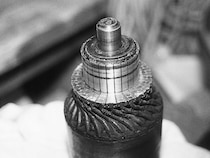