Improve your towing prowess with a RoushCharger Supercharger system.

The most recognizable Roots-style blower in the automotive performance world is the GM and the derivatives of it-the popular 6-71 and 8-71 have been used in hot rodding, drag racing, and diesels for decades. These Roots-style blowers were made famous for sticking out of hoods in the Pro Street days of the '70s. Later, the Roots-style blower saw more factory use in GM cars powered by the supercharged 3800 V-6 (Bonneville SSEI, for example) and their more recent Ecotec four-cylinder. Ford has used the Roots-style supercharger for years, first in the '89 Thunderbird Super Coupe, and more successfully in the '03/'04 Mustang SVT Cobra "Terminator." And let's not forget that the highly popular and baddest high-performance truck-the Gen 2 Lightning-featured a Roots -style blower. Now Roots-style blowers have come full circle with aftermarket kits available for popular applications such as the Mustang and F-150.

The complete intercooled RoushCharger kit is shown here, sans a few bolts and clamps. All you'll need for installation is a well-stocked toolbox, a 50/50 mix of coolant for the intercooler system, and a nice weekend with a friend or two.

But why a Roots-style blower when all your drag racing buddies swear by their centrifugal units? That's simple; it's all in the application. Racers use centrifugals (also originally designed for simple air movement) because they make their boost at high rpm, where a drag racer's always at in the power band. The Roots design is a positive displacement blower; meaning it moves a lot of air at low rpm. That low rpm operating range is perfect for street use and is very desirable for towing applications (which, again, is why the Roots was so popular with the diesel trucks). Peak torque is made at a very low rpm, almost off idle in some applications-perfect for pulling that trailer with your race car or show vehicle on it. The torque curve is also long and flat, which aids acceleration when you have a trailer hanging off the back bumper.

Merv Rego, who owns a restoration and custom shop, along with his wife, Pat, traded up from a 460-powered dualie to the '04 F-150 Lariat seen on the previous page. Not only was the new generation F-series a huge leap from Merv's old dualie in interior luxury, fit, finish, and fuel economy, but the 5.4 Three-Valve power plant was a whole new experience after owning a big-block and pushrods for over 10 years. After towing a few customers' cars with their open-deck steel trailer, the one flaw in the F-series stuck out like a red-head in Harlem. "This thing needs a blower for towing," Merv tells us. A call to Roush Performance for their newest F-series offering, its intercooled RoushCharger, certainly fixed Merv's towing issues, and will for you too. While Roush Performance recommends professional installation, especially for warranty continuation, we wanted to see just what was involved with the installation and opted to tackle it ourselves. So follow along as we hit the highlights of the installation and decide for yourself. 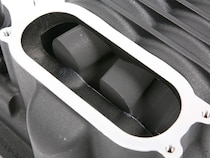 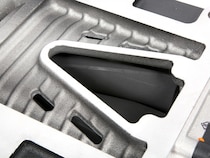 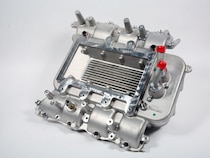 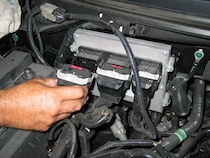 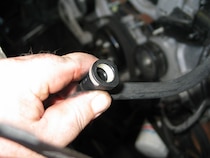 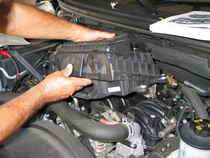 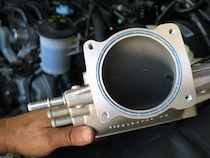 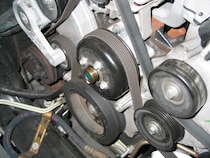 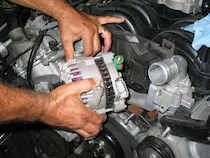