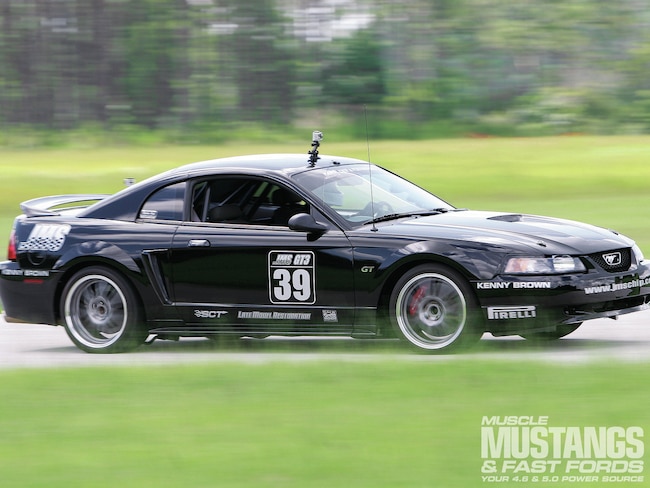 Two-Valve modular engines tend to be overlooked when it comes to performance mods. Sure, there have been supercharger kits, cams, and bolt-on parts available for these mild-mannered Ponies for years, but it wasn't until a few years ago that Trick Flow Specialties (TFS) stepped up and took the potential of Two-Valves to the next level.

Designed to work well on engines with an operating range of 2,500 to 7,000 rpm, the StreetBurner is ideal for street cars and open track cars. Chris Johnson of SCT Performance fame happens to own a street-legal '00 GT that also sees its share of open track time. Equipped with Kenny Brown Performance suspension, a 286ci Two-Valve, a Vortech S-trim supercharger, and a stock composite intake manifold, Johnson's GT is begging for an intake swap, but he didn't want to sacrifice low-end grunt for top-end power. Until now, he has been relying on the stock piece.

It worked well, producing 504 rwhp on pump gas on a very conservative tune. But always eager to try something new, Johnson offered up his trusty Two-Valve for us to violate. Heat-soak issues are problematic for supercharged cars, and so we were suspicious of the StreetBurner's ability to combat heat soak. As heat in the engine goes up, the tune will pull timing, causing power loss.

To see if our concerns were warranted, we did our before dyno testing both at normal operating temp, and again under extreme heat. On the Dynojet chassis dyno at SCT Performance's facility, we turned the fans off, closed the hood, and kept making pulls until we stopped losing power. With the stock intake, power output went as low as 443 rwhp.

Baseline testing complete, we headed to Lamotta Performance in Longwood, Florida. There, technicians Matt Gagliardi and Chris Schmidt made quick work of the intake swap. Then it was back to SCT to quantify our results. On a full cool-down with coolant temp at 160 degrees, the Two-Valve spun the rollers, producing 522 rwhp and 455 lb-ft of torque--an 18hp and 21-lb-ft increase. No other changes were made, even to the tune.

Since the increased airflow of the StreetBurner over the stock piece caused a loss of 2 pounds of boost, Johnson flashed the ECM with a tune commanding 2 degrees more timing. The result was a surprising 552 rwhp and 474 lb-ft of torque. Though he won't drive the car like this on track, it gives us an idea of the potential on a more aggressive tune.

But since our main concern was consistency on the open track, we turned the fans off and closed the hood yet again. With the original tune back in the ECM, the ninth back-to-back pull yielded the lowest number -- 495 rwhp and 422 lb-ft. That's 52 more horsepower and 31 more lb-ft of torque than fully heat-soaked with the stock intake, which will certainly be noticeable for Johnson once he gets his Pony back on the track. 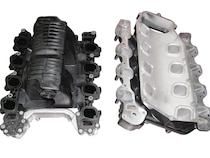 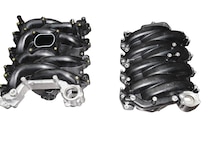 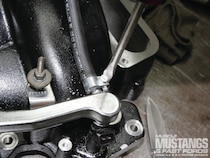 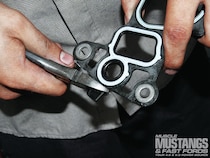 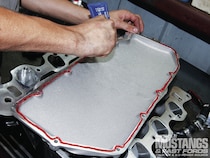 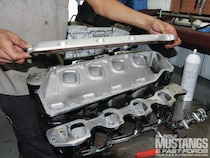 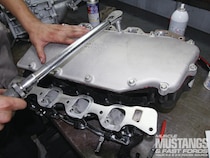 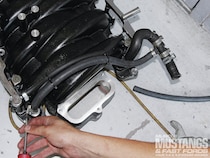 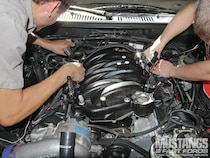 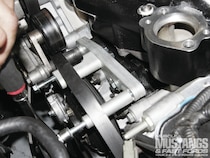 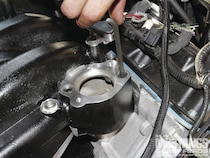 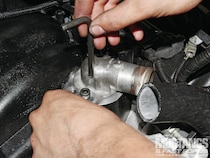 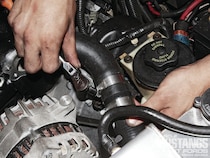 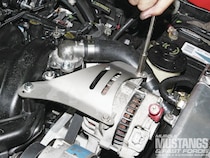 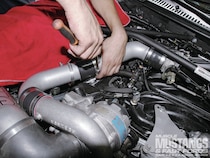 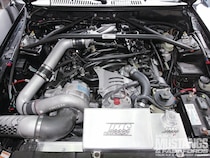 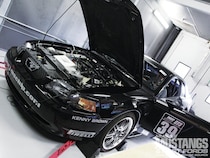 After letting the car cool completely, we brought coolant temp to 160 degrees to make each pull. Before, it made 504 rwhp and 434 lb-ft of torque. After installing the new intake manifold, without changing anything in the tune, it made 522 rwhp and 455 lb-ft of torque. Power and torque were both up throughout the curve, not just up high in the rpm range. Improved airflow reduced our boost pressures from 20 psi to 18 psi. To make up for the loss in boost, we added 2 degrees of timing, resulting in 552 rwhp and 474 lb-ft of torque. Though Johnson won’t run it like this on the track, it’s easy to see this intake’s potential on the street.
Here are the before and after heat-soaked runs. We were leary of the StreetBurner’s ability to combat heat soak. To our surprise, it maintained more power and torque after being run repeatedly with our fans off and hood closed. With the stock intake, power dropped as low as 443 rwhp, and with the StreetBurner, it only went as low as 495 rwhp. This will be more noticeable once this GT hits the open track.