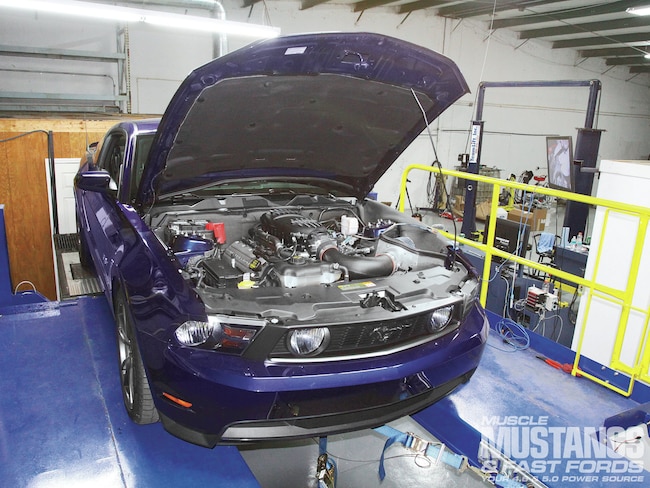 As if the '11-'12 Mustang GTs aren't good enough, FoMoCo released an enhanced version dubbed Boss 302. By now, the specs and capabilities of the Boss are well known in the automotive world, but what separates it from the GT has quickly trickled down, and some of what makes the Boss special is readily available for the Coyote crowd.

If you've been on our website (www.musclemustangfastfords.com), you've more than likely seen some of the video productions of our testing and events. The man behind the camera and production is Brad Adler, who is also the owner of this Kona Blue '11 GT. We've already swapped some the stock suspension components for replacements from Steeda, and most recently, tested the SCT Performance iTSX tuning system.

This month, Adler's GT is getting some parts from the Boss in an effort to climb the performance ladder. Ford Racing Performance Parts supplied us with the centerpiece of the Boss' engine bay--the intake manifold. In addition, we were also supplied with FRPP's new 90mm throttle body, Boss mid-pipe with side-exit pipes, and FRPP mufflers to enhance the exhaust note. To complete the package, Steeda Autosport sent us one of its cold-air intakes designed for the Boss intake, and its short-throw shifter for the MT-82 six-speed manual transmission. The combination of speed parts was tied together with SCT's iTSX tuner from last month. The installation was handled at HPX Motorsports in Sarasota, Florida, where Chris Holmes made quick work of swapping the intake and exhaust parts.

We began by returning the ECU to stock, and making some baseline dyno pulls. In stock trim, Adler's GT laid down 378 rwhp and 370 lb-ft of torque. Once the new parts were installed, it was back to the rollers to see how power and torque would be affected. After some trial and error in the tuning department (the larger throttle body was new to the crew at HPX), the Kona Blue Pony pumped out 430 rwhp and 370 lb-ft of torque for a gain of 60 rwhp at the peak.

As impressive as this is, the graph shows the significance of the gains. The Boss intake's short-runner design would lead you to believe that bottom-end torque would suffer, but Adler's GT is up as much as 45 lb-ft of torque below 3,000 rpm. The rpm band is also significantly extended. Where the stock intake manifold began to fall off, the Boss intake carries power to 7,500 rpm.

Follow along as we highlight the finer points of the installation. 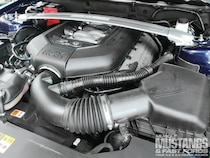 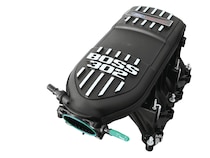 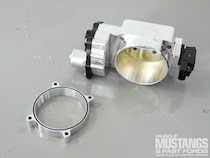 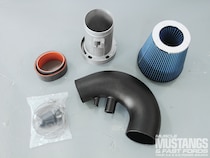 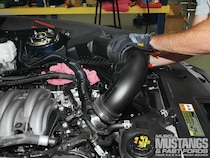 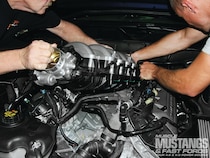 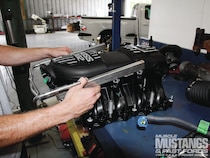 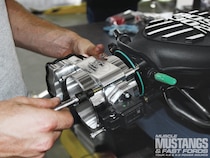 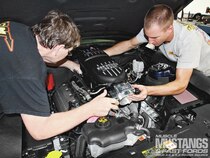 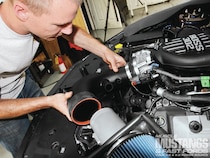 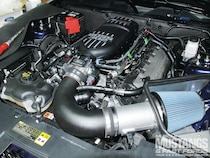 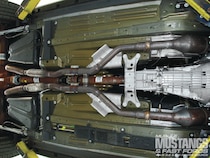 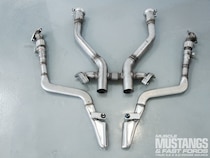 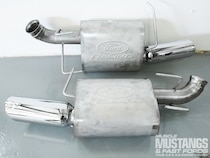 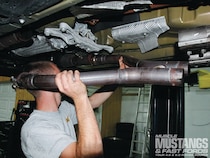 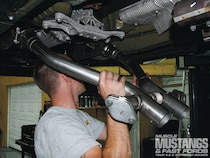 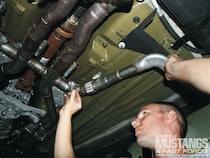 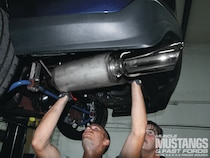 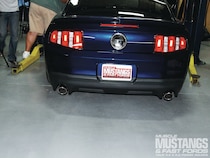 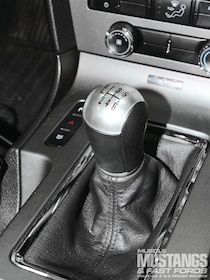 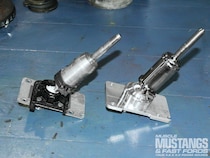 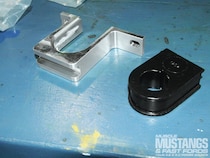 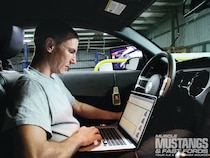 When we started, Adler's GT laid down 378 rwhp and 370 lb-ft of torque. Once the tuning was complete, power output increased to 430 rwhp and 370 lb-ft of torque. Shortening the intake runners by 7 inches, we expected to see a loss of low-end torque, but after a number of timing, fuel, and cam timing changes, Adler's GT was up by as much as 45 lb-ft of torque below 3,000 rpm. In the higher rpm level is where the Boss intake really shines. The stock intake began to fall off around 6,700 rpm, the Boss intake made 56 rwhp more than stock, and carried it all the way to 7,500 rpm.