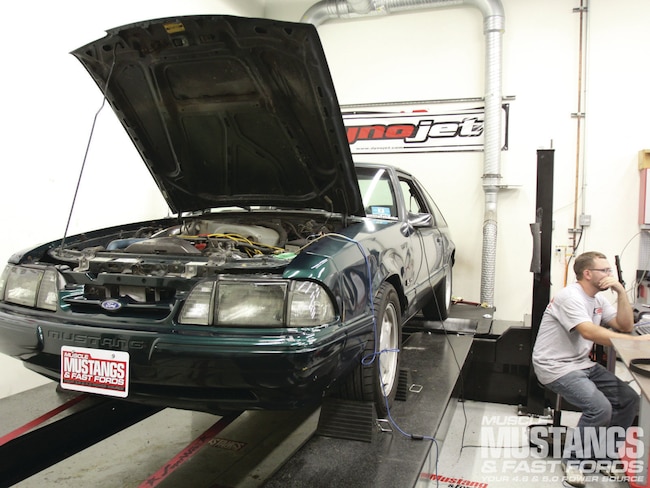 I'll never forget my first fast (or so I thought at the time) car. It was an '87 GT with an E-cam and exhaust. It had 4.10 gears, a T5, five-lug conversion with Baer brakes--back then it felt like a rocket ship! Times sure have changed, and so has my version of fast.

The technology available today allows us to make way more power than we could with a bolt-on 5.0 H.O. Factory cars are making 550-plus horsepower, and the current 302 makes 412 hp. With technology such as DOHC heads and variable cam timing, Ford is extracting 187hp more than the 225hp 5.0L with the same displacement. But all is not lost for the old 5.0L.

What you gain (or actually never lost) with the older stuff is the ability to get your hands dirty by twisting the distributor, changing the plug gap, and altering the fuel pressure manually, all in the name of gaining power and dropping e.t.'s. These and other tricks are part of the fun of owning a pushrod 5.0 (or stroker conversion). And while technology has taken over many aspects of new-car performance, thankfully simple, old-school power tricks will still take a basically stock 5.0L to the next level, and you don't have to break the bank to get there. 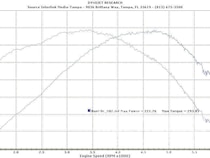 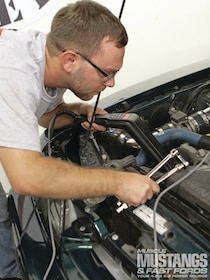 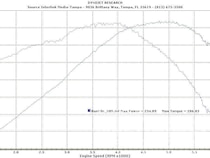 Stephanie Davies, a Rutgers University student and die-hard Mustang fanatic from New Jersey, spent the summer interning for MM&FF. When she made the trip from New Jersey to Florida, she brought her '92 5.0L LX. Her green hatchback is your typical lightly modified Fox, with a BBK cold-air intake, aftermarket cam (we don't know the specs, but from the sound of it, it's fairly mild), 3.73 gears, shorty headers, and a set of Flows.

On top of an insane amount of clothes and shoes, Steph also packed a well-used Cobra intake manifold she bought a while ago, along with a bunch of other parts for her LX. This gave us a chance to get back to basics and employ some tried-and-true tricks for cheap horsepower. Many of you will get your hands on a Mustang like this and have the opportunity to learn the basics. Fortunately, these Mustangs are easy to work on, parts are affordable and you can make changes that really work.

We started by strapping the Stang to our 224XLC Dynojet chassis dyno. Before any changes, Steph's Fox laid down 221 rwhp and 293 lb-ft of torque--about what you'd expect from a 133,000-mile Fox-body with basic mods. 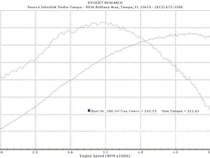 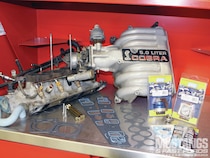 After adjusting the timing (from 10 degrees BTDC to 15 degrees BTDC), adding an adjustable fuel pressure regulator from BBK, icing the intake, and removing the belt (which we don't recommend for anything other than a dyno test), we were able to improve power output to 251 rwhp and 301 lb-ft of torque for a gain of 30 rwhp and 8 lb-ft of torque, virtually for free!

Advancing the ignition timing starts the sequence of combustion earlier, and the result is greater cylinder pressure and a bigger push down on the pistons during the power stroke. You will need to run premium fuel when you advance the timing, as this will prevent detonation. Advancing the timing too far will likely cause detonation, which you will hear as knocking and pinging from the engine. This, as you can guess, is very bad.

Icing the intake adds power by artificially chilling the air entering the engine. Cold air is more dense then warm air, so there is more oxygen available for combustion. The engine must see a proper mixture of air and fuel to reach maximum power (this is usually around 12.8-13.0:1) meaning 13 parts air to 1 part fuel. So. If the engine is ingesting greater oxygen content, more fuel can be added and more power will generally result. Icing the intake is something that is inexpensive, but it can really only be done on a dyno or at the dragstrip. You must also be sure to clean up any water from the ice, or you may spin in your own water. 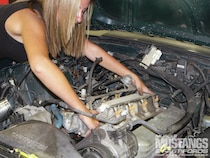 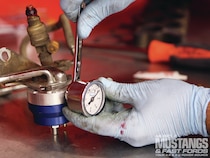 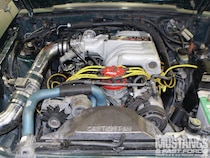 Next, we swapped her stock intake manifold for the Cobra unit. We installed a used intake she had picked up, but it was slightly damaged and repaired. The base of the upper was cracked and welded, but it was no longer 100 percent flat and it took a few gaskets to make it seal properly. Our recommendation is normally to steer clear of such parts, especially when you can get a new one for not much more. She paid about $300 for the intake, and a new Cobra intake from Summit Racing Part is $391.95. The good news was that horsepower picked up to 260 rwhp and 312 lb-ft of torque for a total gain of 39 rwhp and 19 lb-ft of torque.

"I've seen a big difference in the car's performance since the install of the Cobra intake," notes Stephanie. "The car pulls much harder in Third and Fourth gears than it did with the stock intake. Before the intake swap, the car felt consistent and steady through the rpm band, but now you really feel the power come on above 3,000 rpm. The change is unnoticeable when cruising at low speeds, so driveability hasn't been affected. It's always been a blast to drive, but with the added horses, it's better than ever!"

While we didn't make it to the track again before Steph returned to school, we can tell you from experience that these changes should be worth about a half second reduction in quarter-mile e.t.'s. If her LX had stock gears (2.73 or 3.08) and we swapped in the 3.73s, you'd see about four more tenths.

Sticky tires and solid driving would get this combination well into the 12s. Add the Cobra intake and low 12s are in the bag. 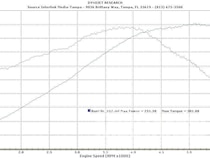 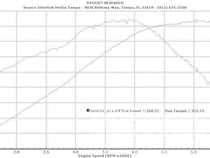 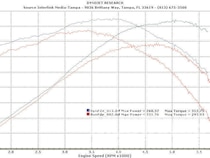