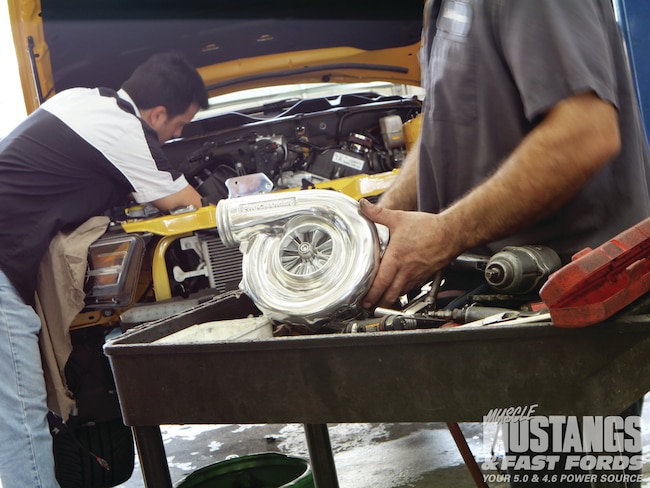 If you’ve been following with this little V-6 project of ours, you’ve probably been just as impressed with the performance as we are. Parts 1 and 2 consisted of modifying this ’11 V-6 Mustang with almost every basic aftermarket performance part available. First, we installed a C&L Performance cold-air kit and an SCT Performance tune. The combination of extending the redline and maximizing airflow and tuning helped our V-6 achieve high-13-second quarter-mile e.t.’s

Last month, we installed long-tube headers and a midpipe from BBK Performance, an after-cat system from Magnaflow, a set of 4.10 gears from FRPP, and a custom tune by Chris Johnson of SCT Performance. The new parts and tune catapulted our economy coupe into low 13-second territory.

Finally, we’ve come to the place where most horsepower junkies end up—power adders. Though system selection is limited when you have a V-6, Procharger has already released its kit for the ’11-up 3.7L Mustang. Starting at just $4,996 for a tuner kit, you could buy a new Mustang V-6 and a supercharger for less than a new 5.0L GT.

The standard kit comes with a P-1SC supercharger, three-core air-to-air intercooler, injectors, piping, hardware, fan, belt, mounting plate, and tuner for $5,596. Upgrades are available, so you can opt for quieter helical-cut gears for $100, or (if you ordered the tuner kit) you can upgrade to a healthier D-1SC supercharger for $230.

Since the P-1SC is the most popular street supercharger from Procharger, we decided to give it a try. Since our car is an automatic, we had to order the tuner kit. Procharger is working on a complete kit for the automatic, but it wasn’t available at the time of our install.

Back at Lamotta Performance in Longwood, Florida, Jake Lamotta made quick work of the install. After a little over a day, Lamotta had the V-6 buttoned up and sitting on the chassis dyno. Chris Johnson of SCT Performance was nice enough to update our tune, and then it was time to spin the Dynojet. Through the stock automatic, it made 398 rwhp and 309 lb-ft of torque at only 6 pounds of boost—that’s more horsepower than an ’11 GT with the new 5.0L. At the track, our V-6 improved by over a full second. On its first pass, it ran a 12.20 at 110 mph. Owner Hector Navarro made a couple more passes, each in the 12.20s at 109 and 110 mph. Though “only” a V-6, the new 3.7L is proving to be a contender in the performance field. It’s notably lighter (200 pounds), almost $10,000 cheaper, and equally as receptive to modifications. Don’t be surprised to see a slew of these on the street and track in modified form handing V-8-powered cars a whuppin’.

Through the stock automatic, it made 398 rwhp and 309 lb-ft of torque at only 6 pounds of boost. 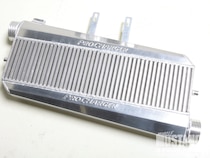 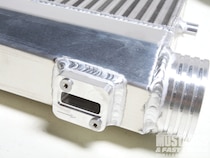 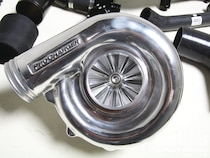 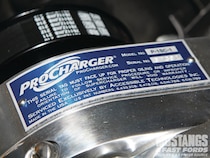 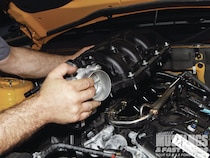 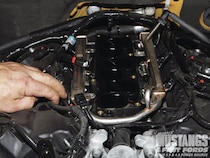 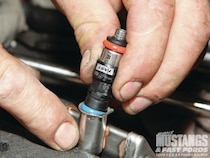 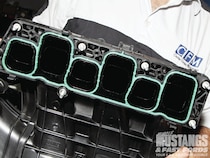 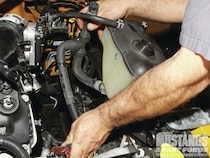 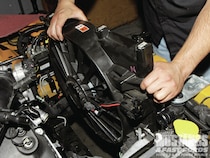 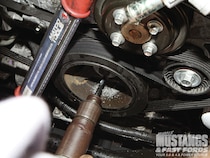 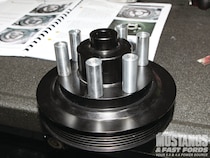 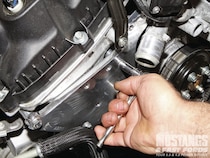 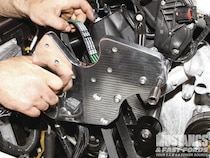 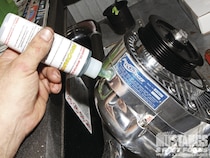 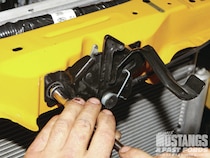 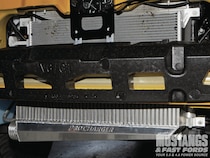 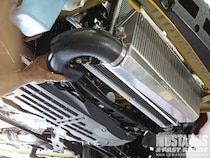 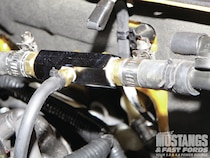 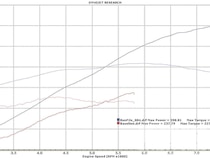 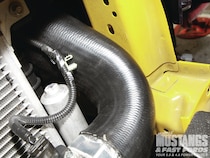 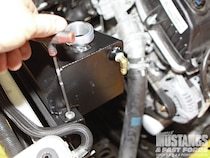 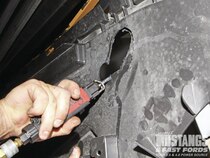 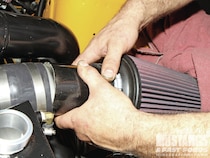 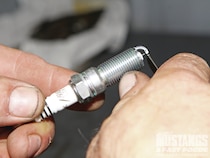 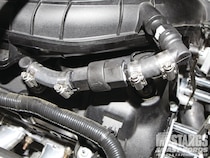