We add 72 rwhp to our AMSOIL GT with the help of VMP Tuning, JLT Performance, and Whipple Superchargers 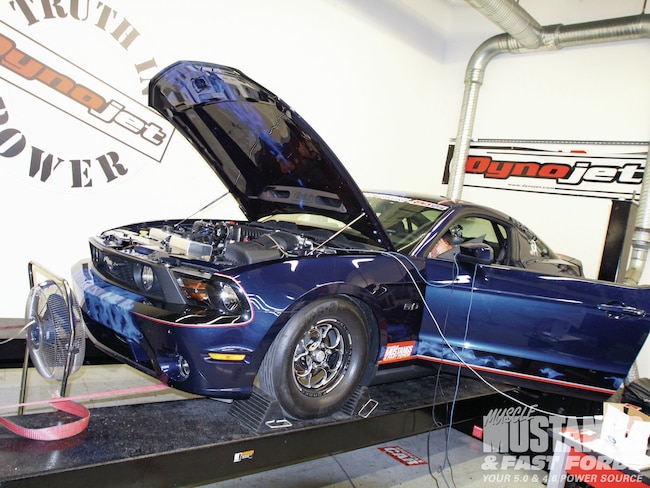 I turn the key and the engine comes to life. The door closes, I pull the belts tight, and as I shift the transmission into First, the world seemingly goes quiet as my attention is consumed by the task ahead. A bead of sweat runs down my face as I roll into the burnout box. First gear. Second gear. Tire smoke consumes the back of the car, and as I release the brake, our Amsoil GT rolls out of the cloud it just created.

Inching towards the starting line, I stop at the hint of the pre-stage bulb. With my left foot planted on the brake pedal, I bring the revs up and bump the car into the staged position. The lights seemingly take forever to come down-as if they are moving in slow motion. Finally, I peel my foot from the brake and stand on the gas pedal just as the light flashes green.

In the next instant, the nose comes up a little and the rear tires dig in. The tach passes 7,400 rpm and the transmission violently shifts into Second gear. The whine of the supercharger and the scream of the exhaust fill the driver's compartment. There are two more shifts and I cross the stripe at close to 130 mph.

Wow! It's hard to believe that our AMSOIL Mustang GT has so few performance mods and is so bloody fun to drive. The rush of a mid-10-second quarter-mile pass is an amazing feeling, especially when you've taken the car from stock to its current state in your own garage.

The transformation of our Mustang from stock to showcar/racecar has been lengthy, but a fun and rewarding process nonetheless. After over seven months of anticipation, we finally hit the track. In our first outing, we laid down low-11-second quarter-mile times without really trying. Last month, we swapped the torque converter and changed the rearend gears. Although a lack of tuning and soupy Florida air didn't let us see the big gains we were hoping for, our 60-foot times were greatly reduced, which hinted that we were on the right track-literally.

This month we're at it again, and although we aren't going to spend a lot of time changing parts, we are going to dyno-tune the engine and trans, and then revisit the track. In our last installment, we headed to the Bradenton Motorsports Park without changing the tune for the parts we added. I know, I know-that's a no-no. But we were pressed for time, and it gave us a real A-to-B comparison. Well, now it's tuning time!

The day started on our in-house Dynojet 224XLC chassis dyno. Justin Starkey, owner of VMP Tuning, made the trip from Deltona, Florida, to our Tampa Snap-on Tech Center to handle the changes to the calibration. Knowing we wanted to make more power and ultimately go faster, we called Whipple Superchargers, which produces the FRPP kit on our car, and ordered two smaller blower pulleys-a 3.125- and a 3.000-inch version. We also tapped JLT Performance for one of its Big Air cold-air intake systems for supercharged '11 GTs. JLT's Big Air kit fits all Roots or twin-screw supercharger systems for the '11 GT, with the exception of the Kenne Bell with a twin 75mm throttle body. By the time you read this, the kit will also be available in plastic as well as carbon fiber.

Follow along as we tune and track-test our AMSOIL Mustang GT, and check out www.musclemustangfastfords.com for exclusive video from both our Snap-on Tech Center and Bradenton Motorsports Park. 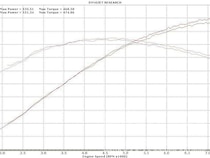 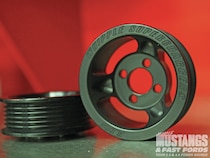 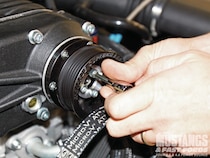 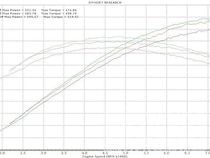 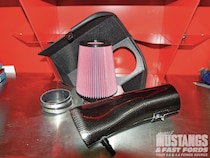 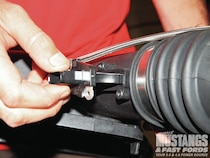 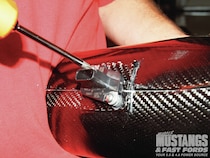 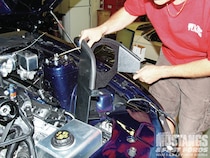 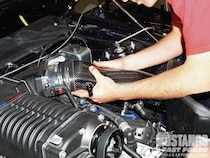 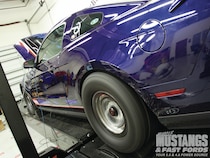 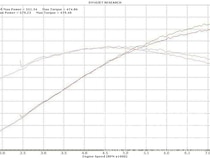 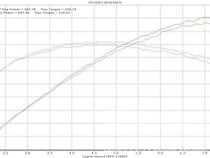 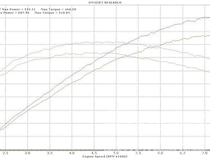 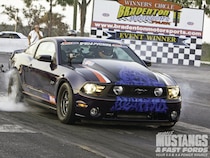 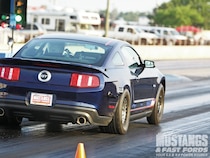 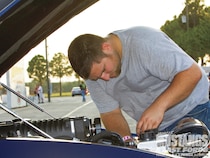 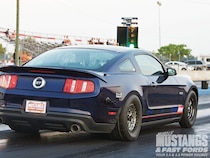