Help Your '11 Mustang GT Pick Up 48 RWHP And 21 Lb-Ft Of Torque With A C&L Cold-Air Intake, And Stainless Works Headers And Exhaust. 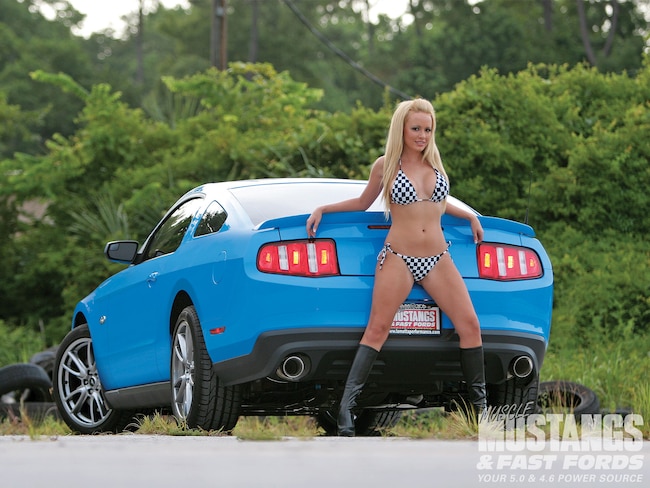 There's no arguing that the '11 5.0L GT is raising the eyebrows of even the most hardcore Mustang enthusiasts. With a 412hp rating, it's more powerful (as rated by Ford) and just as quick as a stock Terminator Cobra. The still-popular Terminator had a little help from an Eaton twin-screw supercharger, while the '11 GT is powered by a naturally aspirated 5.0L Four-Valve powerplant.

Almost eight years ago, MM&FF installed BBK long-tube headers, a 2.5-inch after-cat system, and a high-performance air filter, and removed the silencer on an '03 SVT Cobra ("Moving Air," Dec. '02). These few simple bolt-on parts yielded 55 rwhp and 37 lb-ft of torque. So how does the '11 GT respond to similar mods?

First, we called on Jake Lamotta of Lamotta Performance in Longwood, Florida. He was more than willing to provide his '11 GT for the test. "As long as I don't have to cut or drill anything, I'll put whatever you want on this car," Lamotta told us when we approached him about the install. So with our vehicle locked in, we patiently waited for the first bolt-ons to become available.

The first phone call we received was from Anthony Grosser at Stainless Works (SW). He called to tell us that SW had an entire exhaust system-headers to tailpipes-available for the '11 GT. SW is known for its quality and fitment, so we were excited to see it's new product in action. 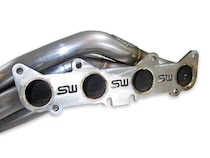 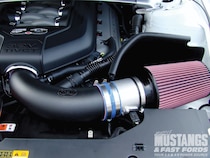 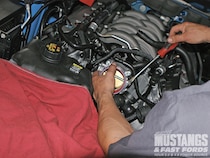 The headers utilize 3/8-inch laser-cut flanges, 1 7/8-inch primaries, and a 3-inch collector. "It's a slip-fit connector with an integrated merge spike," Grosser explained. The long-tube headers (PN M11HDR) retail for $950 and fit both manual and automatic applications. We opted for the headers with catalytic converters and lead tubes (PN M11HDRCAT), which retail for $1,450 and work with either the stock exhaust system or the SW system. There's also an off-road option (PN M11HDROR), which sells for $1,150.

The rest of the system is made of the same high-quality 304 stainless steel. "The exhaust is fully mandrel-bent with an X-style mid-pipe, which helps with scavenging," Grosser said. The mufflers are made in-house at SW and are available in three different variations. We chose the kit with the chambered muffler (PN M11CB3) because it's the quietest. All three versions of the after-cat system sell for the same price-$1,050.

While waiting on our exhaust components, we found out that C&L Performance was almost done with its development of a cold-air intake. We called Lee Bender of C&L to get our hands on one for this test. Bender was nice enough to rush us a pre-production model, but by the time this issue reaches your mailbox or newsstand, the production model will be available. 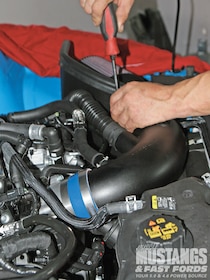 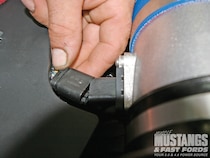 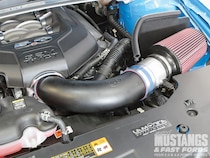 "From our testing, we've found that the factory air intake assembly for the '11 GT flows 748.7 cfm, which is a reduction in airflow of approximately 50 cfm versus the factory '10 GT air intake assembly, which flowed right at 800 cfm," said Bender. "This difference is due to the fact that the new vehicle now features a single round throttle body that is placed lower in the engine compartment. The new inlet tube is both smaller and has a different airflow path, which makes it more restrictive than the one that was used on the '10 GT models."

So Bender and the rest of the C&L team designed a new cold-air intake to replace the stock piece. What they came up with was a kit that flows over 1,100 cfm, a 45 percent increase over the stock piece. It features a filter housing, a high-flow air filter, a mass air meter housing that accepts the stock mass-air meter, an inlet tube, and all the hardware necessary for installation. 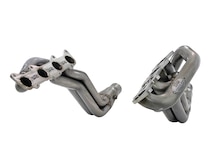 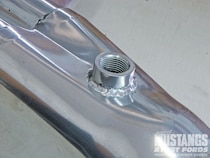 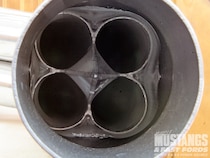 As soon as the parts arrived from C&L, we rushed to Lamotta Performance to install it. Lamotta had the '11 on the dyno when we got there, ready for a baseline pulls. In stock trim, it made 371 rwhp and 363 lb-ft of torque. Lamotta then installed the cold-air kit (PN 10699-11-PI) and called Chris Johnson of SCT to tune the combination. Though the cold-air intake can be used in a non-tune application, the results are better when combined with a tune. Once Johnson made the changes in his tune (which we tested last month) to complement the cold-air kit, Lamotta's GT spun the rollers on the Dynojet to 397 rwhp and 380 lb-ft of torque.

The exhaust components were next. Lamotta and Lamotta Performance technician Matt Gagliardi teamed up for the install. Once all of the old components were removed, the two installed the new SW components. "This kit is really nice," remarked Lamotta. "And the new headers went in easier than the stock ones came out."

After everything was installed and tightened, Lamotta checked for leaks (there weren't any) and went for a test drive. Lamotta then strapped the Grabber Blue coupe to the dyno, and Johnson worked his tuning magic once again. The results were impressive-419 rwhp and 384 lb-ft of torque-a 48hp and 21-lb-ft improvement over stock. Not bad for a couple of bolt-ons. Not to mention, it sounds much more aggressive at idle and throughout the entire rpm range.

So how does the '11 GT compare to the '03-'04 SVT Cobra when it comes to bolt-ons? Well, considering the Cobra is supercharged and the '11 is naturally aspirated, a 48-rwhp gain is noteworthy compared to the Terminator's 55-rwhp gain with similar bolt-ons.

The real value is in overall power output versus purchase price. You can buy an '11 GT today for the same amount (or less) than a new Cobra cost eight years ago. Install a cold-air intake, headers, exhaust, and a tune, and you can make 419 rwhp-one measly horse less than we made with that '03 Cobra with the air filter and after-cat in late 2002.

Apples to oranges, you say? Maybe. But there's no doubt that the new GT is arguably the best bang-for-your-buck Mustang ever-and it's just as responsive to bolt-ons.